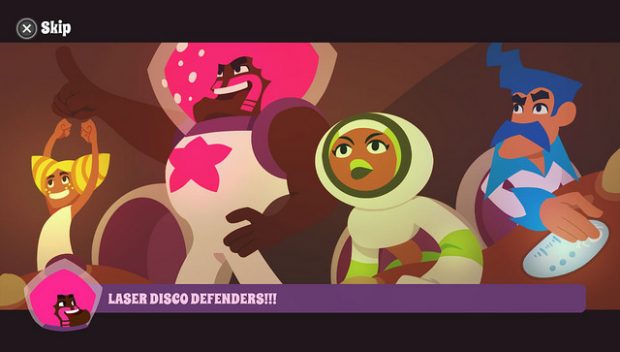 The game features an outfit system that allows players to customize their experience:

Visor
Keep your enemies at bay with the visor! A reticule will show you if your shot will hit an enemy. Perfect for sniping from a distance and for those who want to make each shot count.

Chrome Suit
Nothing like a bit of chrome to lighten up your day. Whatever clothes you are wearing determines how you shoot and with the chrome suit you get a rapid fire stream of beams. This is great if you want to clear a room quickly but you then have to deal with all the lasers bouncing around afterwards. It is also not as precise as the other options in the game.

Moon Boots
Why do you only weigh one sixth on the moon? Because you are wearing moon boots! Personally I like to combine them with the Visor since it makes it even easier to hit enemies from a distance. You do pay in slower acceleration though, so it can be tricky to get out of a tough situation after you have cleared a room.

If all goes according to our plans we’ll have a review for you close to the game’s launch, so be ready!