Run Run and Die: Mimi’s Revenge is a very challenging runner with 24 levels to enjoy on Wii U. You play as a red penguin and, as the game’s title suggests, you can expect to die A LOT! Come read our Run Run and Die review!

Since you’ll be dying a lot, the game will let you know at the end of each level how many times you died. For the first level, I died eight times, on the second one I died fourteen times, and on the third one I died sixteen times. As you can see, the difficulty ramps ups considerably with each new level you try. Completing all 24 levels is going to be quite a challenge, even for those of you who consider yourselves runner experts! 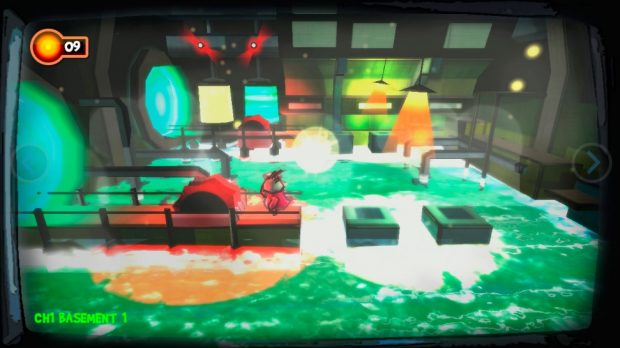 Run Run and Die is very easy to pick up but extremely difficult to master. The game is just one big death trap just waiting to kill you! it might prove to be very frustrating for many. Luckily the control scheme is very simple sincea ll you have to do is press the A button to jump. How’s that for simplicity?

EnjoyUp Games set out to give us a very tough game and they have succeeded. One of the clever mechanics for this release is how the camera moves as you progress in each level. It immediately reminded me of Republique, in the way the view can change from camera to camera. As an example, on one level I was about to turn a corner, and the camera changed from the side to the back of the main character, which instantly changed the way I went about completing the level. 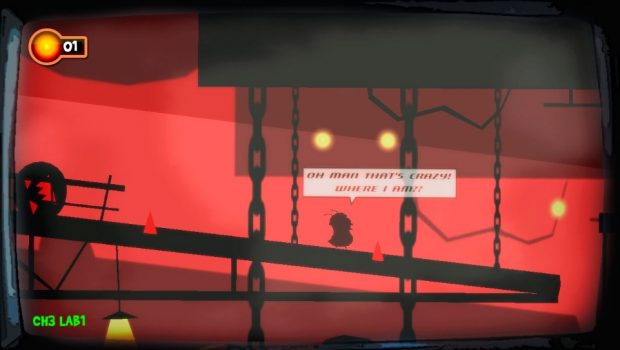 The game offers TV or Off-TV gaming and I must say the colorful graphics looked just as good on the gamepad as they did on the big screen. For this one I was having so much fun playing on the Wii U GamePad that I continued to play like that for the rest of the game.

This one might sound pretty short with only 24 levels, but the game is quite hard, which will greatly increase your final time after finishing all 24 levels… if you can even complete them at all! The game involves quite a bit of trial and error until you can find the perfect spot from which to jump over the obstacles and hazards of each level. 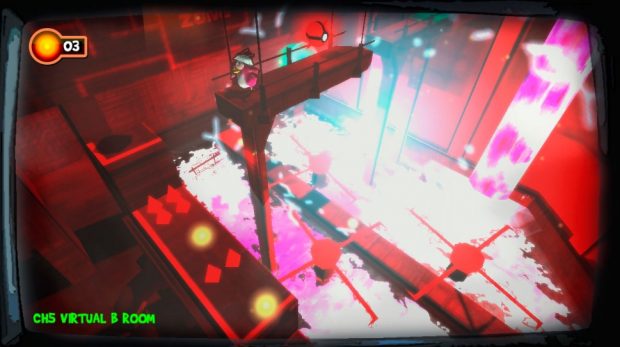 If you want to stay alive, you must avoid anything that is red in color, and that includes buzzsaws, fan blades, spikes and more. Each level is packed with traps set up perfectly to screw up your flow. To complete each level, your timing must be absolutely precise – one misstep means your death!

This runner is definitely not geared towards the casual market because casual players will find it to be very hard and very frustrating. But for those of you who are up for the challenge, then you’re going to have a lot of fun with this though as nails runner. I enjoyed doing this Run Run and Die review, and I look forward to the next EnjoyUp release!

[review pros=”Cute graphics.
Good variety of obstacles.
Clever puzzles.” cons=”Will be too hard for many” score=81]

Disclaimer
This review is based on a Wii U copy of Run Run and Die provided by Enjoyup Games.

The Fey Coming To Paragon On August 2