The gameplay is easy to understand: you must use the words available on the screen to form words in order to damage the enemies you run into. Simple, right? There are 40 stages to test your skills, and as you defeat the over 30 enemies in the game, youâ€™ll be able to realize how good you really are. After selecting letters to form a word, the game will politely let you know if youâ€™re doing it right or are very, very wrong. If the word is blue, then itâ€™s something you can use.

The longer and more complex of a word you use, the more damage youâ€™ll be able to deal. This applies both for enemies and for piles of gems, except that for piles of gems the longer the word and the rarer the letters (each letter is either bronze, silver or gold), the more gems that will drop from it as a reward for your linguistical effort. 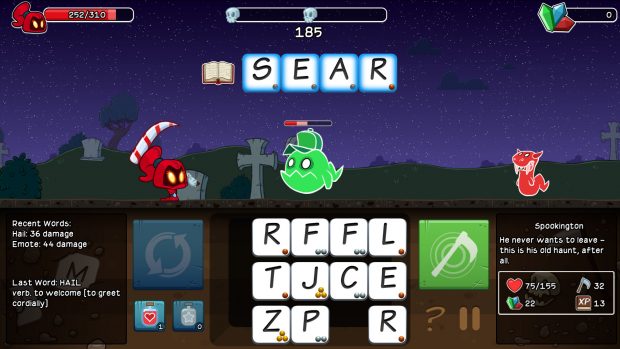 Each of the stages features four Star Challenges, basically meaning you can play a stage in four different ways. Three of these are regular with the fourth one being a crystal star challenge. The first one is for defeating all enemies, the second one is for completing a stage within a set time limit, and the third one is either to complete a stage by using the word or letter limit on display. On top of this, each stage features a set of quest (things like use X number of letters, spell X number of words and defeat X number of enemies), and since theyâ€™re tied to a trophy, you should always complete as many quests as you can every step of the way. Why? Because youâ€™ll also be rewarded with gems, and these are needed in order to upgrade your character! 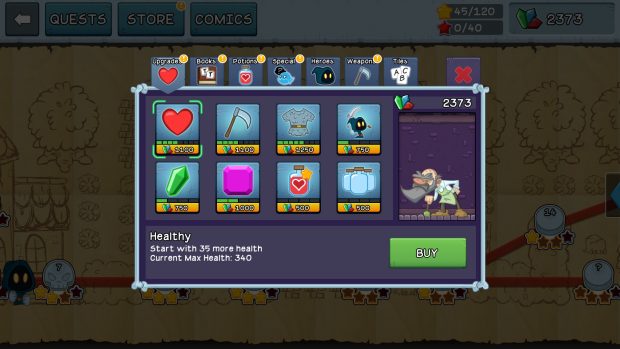 After completing the second level, youâ€™ll be introduced to the gameâ€™s store where you can purchase upgrades to make your gaming easier. The first update is a heart that increases your total health by 35 points, and it costs 500 gems for the first upgrade. The second time you want to purchase this upgrade the price goes up to 650 gems, and so on. On top of this, the merchant might show up inside of a level, allowing you to purchase items such as a shield that reduces damage taken for one turn, a potion that increases damage by 30% for a turn, a piece of bacon that restores 10% of your health, and much more! 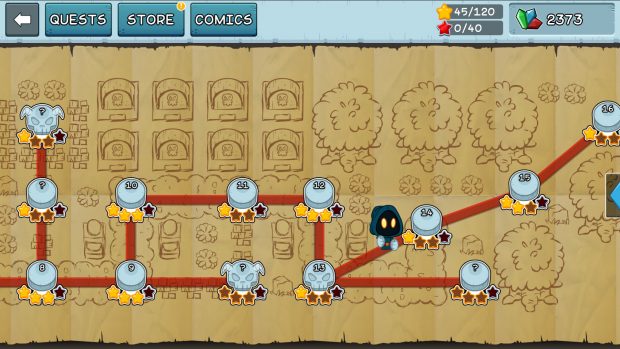 Along with the upgrades store, thereâ€™s also a store where you can purchase booksâ€¦ from a bookworm. You can equip up to three at a time once youâ€™ve unlocked the corresponding extra slots, and these will greatly help you with your quest. The more you use them, the more powerful they will become thanks to the experience youâ€™ll gain by defeating monsters, so be sure to purchase a book or two as soon as you can!

Youâ€™ll eventually run into enemies that have special requirements to be defeated. For example, you might find an enemy that can only be damaged from four letter words (not, three, not five, not six, but four letter words), and anything other than that will deal zero damage (but at least it will allow you to complete a quest). Something else to keep your eye on is how monsters can sometimes affect the tiles youâ€™re using. The first one youâ€™ll witness is cracked tiles which when used in a word will not deal any damage. 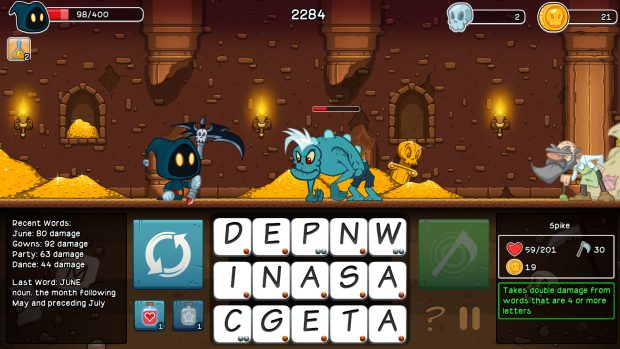 During your adventure, youâ€™ll also find treasure chests that prompt a mini-game where you have to use the available letters to guess the word. Every time you click a word, if itâ€™s in the word it will be added to it, but if itâ€™s not youâ€™ll lose one guess and must select another letter. This is a fun change of pace for the game, and something that can definitely help you if you do things right. 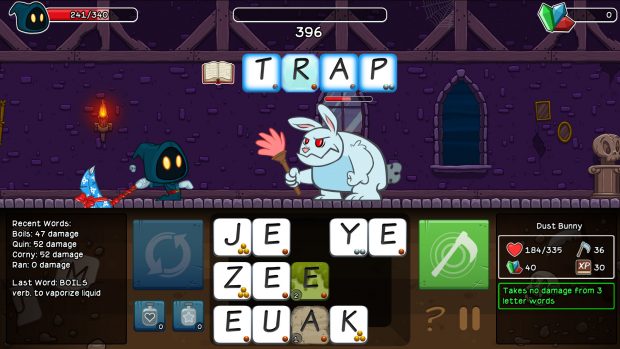 Letter Quest Remastered is a very fun puzzle/RPG option for PlayStation 4 and Vita owners. After playing the game for 10 hours for this Letter Quest Remastered review, Iâ€™m still enjoying my time with the game and aim to get all trophies very soon. If youâ€™re looking for a nice game to play between all the action releases on PS4, then this is the one you need.

Disclaimer
This review is based on a PS4 copy of Letter Quest: Grimm’s Journey Remastered provided by Digerati.

The Longest Five Minutes Is Coming To PS Vita In 2017!