Call of Juarez: Gunslinger is a first-person arcade shooter where you play as a bounty hunter called Silas Greaves who wanders into a saloon and mingles with the punters telling to whoever would give him free booze his life story. We get to play in flashbacks of his past and play out Silas’s grandiose versions of his adventures. These stories include famous names like Butch Cassidy, Jesse James, and President Dwight Eisenhower. The whole game is played with a Bastion – style narration, with Silas as the narrator. Intrigued? Then read our Call of Juarez: Gunslinger review!

From the dust of a gold mine to the dirt of a saloon, Call of Juarez Gunslinger is a real homage to the Wild West tales. Live the epic and violent journey of a ruthless bounty hunter on the trail of the Westâ€™s most notorious outlaws. Blurring the lines between man and myth, this adventure made of memorable encounters unveils the untold truth behind some of the greatest legends of the Old West.

As well as playing out Silas’s life in story mode you also have Arcade mode, which contains a series of challenges aimed at achieving the highest possible score through getting kills and getting combos and beat it within the suggested time for a bigger bonus. This mode provides a good amount of replayability, as you can play as you wish while trying to best your previous score. On top of story mode and arcade mode, we have Duel mode in which you are challenged to quick draw duels. This mode is all about honor and dishonor – for instance, letting opponent draw first and BEAT him is honorable, but if you draw and beat your opponent it is considered dishonorable.

During the game, you can press the L2 trigger to enter concentration mode, which makes your enemies glow red and move in slow motion, giving you a better chance at shooting them – make every shot count as the meter only lasts a few seconds. In this mode, you can also dodge bullets which is definitely a nice bonus.

There are also Nuggets of Truth (collectibles) that can be found in the game. They provide players with lore on people, places and the wild west in general. Finding these earns XP depending on the rarity of said nugget, so looking for them will definitely give you a boost. Silas can kill his enemies to gain points to level up and assign points to skills. Points are dependent on the type of kills you achieve, the more unusual the kill is, the greater the points you earn.

This game has three difficulty settings: Normal, Hard and True West. True West won’t unlock until you have completed one playthrough, so by the time you try that one you’ll have learned what the game has to offer. All levels can be replayed at any time in the Recollections mode, which is very handy if you have missed any collectibles or trophies! 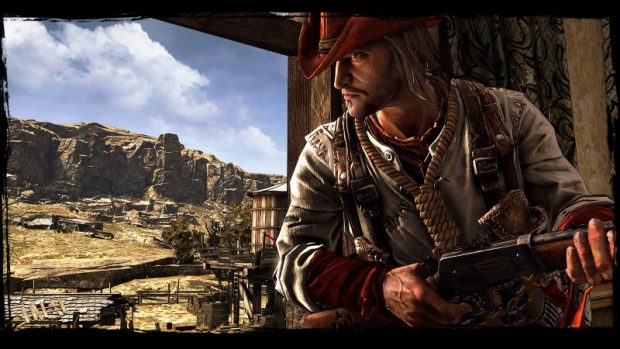 Final Thoughts
The overall game is very fun, but I was surprised it had absolutely no multiplayer. I enjoyed the game much more than I thought I would as arcade shooters are not really my thing. But after writing my Call of Juarez: Gunslinger review, I would recommend this game since its short and sweet. The voice acting is amazing, and the visuals are pretty great.

The Witcher 3: Wild Hunt GOTY Out This Month!