With the Ghostbusters franchise making a return this year with a new movie that you either love or hate (I had fun watching the movie), it is time for the old-school tradition of the movie tie-in game to make a comeback! The weird thing is that this game does NOT feature the all-female cast. Instead, it features four new recruits who are taking care of business while the four main Ghostbusters from the movie are out doing their thing. What do we think about this PS4 release? Come check our Ghostbusters review to find out!

Each of the four characters has different stats you need to consider. These are: Health (how much damage he/she can take), Speed (higher means faster movement), Damage (how hard they can hit ghosts) and Overheat (how much abuse the proton pack can take before it overheats and is unavailable until it cools down). 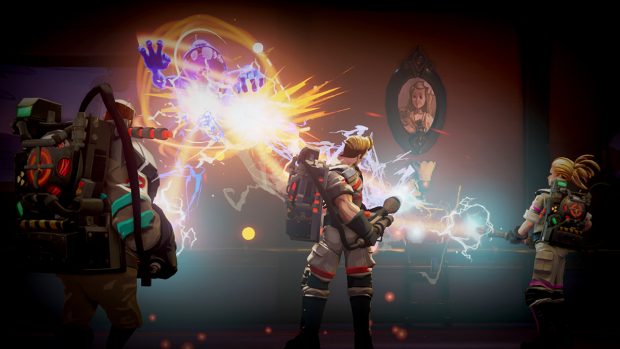 And each also has a different â€œclassâ€ for their proton pack, as well as a different set of grenades. These include a proton rifle, a proton shotgun, dual proton pistols and a proton mini-gun. This changes how you approach a level since each character is more suited for specific areas. Be sure to experiment to find out is your favorite! On top of this, each character has a different type of grenade. The Flashbang will stun specters. The Electro-shock will create an electrical tower to shock enemies. The Dark Matter one will cover ghosts with a destabilizer that deals damage over time. The Slime detonation will slow ghosts and lower their attack power. Oh, and any ghosts killed by teammates while under the effect of a grenadeâ€™s blast will grant a bonus for extra points. 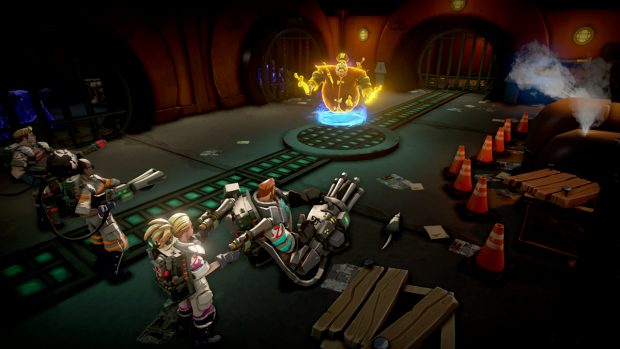 This is a twin-stick shooter, so characters move with the left analog stick and aim with the right one. You can fire their proton weapon with the R2 button, vent the weapon with the R1 button, toggle weapons with the L1 button and throw grenades with the L2 button. Along with this, the square button can activate a dodge roll, the X button is used to interact with objects, and if youâ€™re ever lost, the circle button can reveal the path to follow. 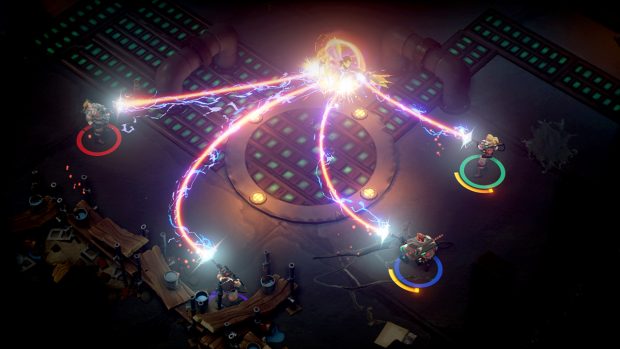 Speaking of the circle button, thereâ€™s some collectibles to find in each level. Most of the time following the path not pointed out by the circle button will allow you to find them. Keep that in mind and use your P.K.E. Meter to search for paranormal activity. Paranormal acitivy will grant you extra points and might lead you to a new area! 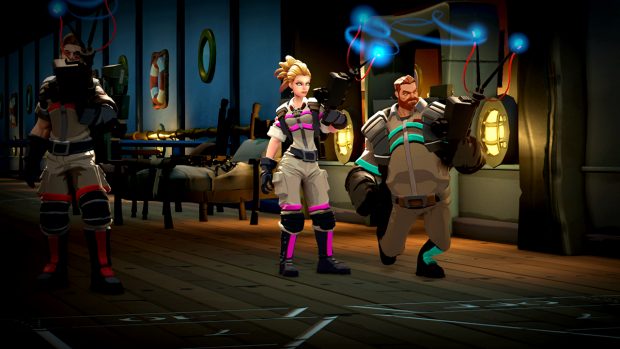 After reaching the end of a level, youâ€™ll get to battle a boss ghost that will do its best to kill you and your team. If you do things right and deplete its energy bar, youâ€™ll get a chance to switch proton beams to try and wrangle the ghost into submission. You do this by aiming in the direction of a red arrow that will lead you to eventually capturing it with a classic Ghostbusters trap. Once inside the trap, you have to hit the X button as fast as possible during the trap mini-game. The better you do in this mini-game, the bigger the bonus youâ€™ll get (up to x10).

Points are important since theyâ€™ll help you level up your characters. Each time you level up youâ€™ll be given skill points. These can be used to purchase upgrades that will give you an extra edge over the many ghosts you’ll defeat during your adventure. On top of this, there’s trophies tied to leveling up and unlocking the available skills, so you better get to it! 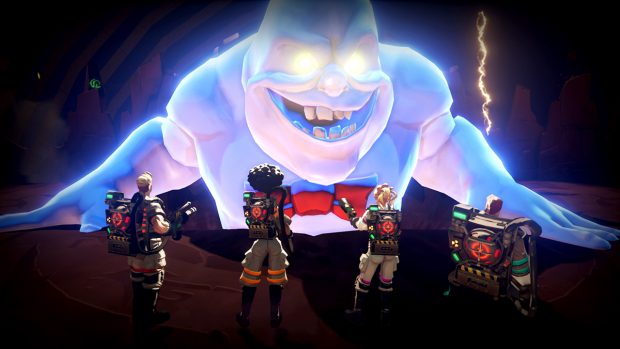 The game features a full trophy count with a Platinum trophy. This being a multiplayer game means youâ€™re either going to need three other people to help you, or youâ€™ll need to get a bit creative to get all trophies. If only you could, say, use extra controllers to have four players at the start of your game… The game also has no missable trophies since you can replay the missions. Do be warned that those for leveling up characters will require a bit of a grind to be unlocked. This one is around 6-8 hours long, but if youâ€™re aiming for the Platinum trophy, youâ€™re looking at 20+ hours before you have that one in your collection.

Is Ghostbusters on PlayStation 4 as bad a game as most people are saying? Certainly not. Itâ€™s a fun twin-stick shooter within the Ghostbusters universe. Itâ€™s alos not broken or buggy – at least not from my experience. Is it a revolutionary release? Certainly not. But if youâ€™re looking for some mindless fun with friends, you should give this one a go. I enjoyed playing this one for my Ghostbusters review. Let me know in the comments below how was your experience with the game!

Ghostbusters was available at launch for $50, but you can now find it for $40 at Amazon. Itâ€™s also available digitally if you donâ€™t want a physical copy.

Disclaimer
This review is based on a PS4 copy of Ghosbusters provided by Activision.