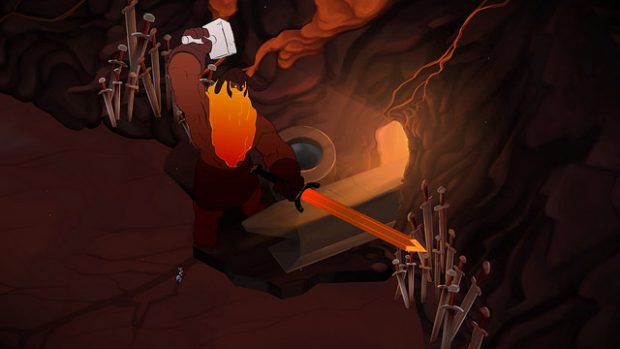 Thunder Lotus Games is ready to release Jotun: Valhalla Edition on September 9 for PlayStation 4. This new version of the game includes Valhalla Mode (hence the new name) which is a boss rush mode where the bosses are even deadlier than in the main mode of the game! Check out the trailer below and click after the break to learn more about this great looking release.

William DubÃ©, Creative Director for Thunder Lotus Games, had this to say:

Itâ€™s been two and half years since I quit my job as a mobile game designer to launch an indie game on Kickstarter. So many people said we would fail. So many people thought we wouldnâ€™t make it. They thought we were naÃ¯ve. Itâ€™s really insane to me that weâ€™ve come this far this fast. Iâ€™m so grateful to all the friends, families and fans who have supported us.

We definitely liked what we saw in the game’s trailer above and can’t wait to play the game next month! If all goes according to our plans we should have a review for Jotun: Valhalla Edition for you close to its launch, so be sure to stick around at PS3blog.net!