The main campaign has a hilarious story with a ton of dialogue with comic book cutscenes that p
op-up during your adventure. The game is split into several worlds and after completing each world you will encounter new characters. Once you get started with the story you’ll get to learn about how the Tumblestone problem got started. Your mission, should you decide to accept it, is to find the Tumblecrown that will solve the current situation. You’ll be laughing at the dialogue and all its puns, and it definitely breaks the pace from the very hard puzzle levels.

The gameplay mechanics are really easy. In each world you take control of a specific character and your objective is to clear the board of smiley faced Tumblestones by matching three of the same color. Tumblestone has no shuffle mechanic like you would see in most match-three puzzlers, which is the reason this game is so fun. It is a true puzzle game and for each level, there is only one possible solution. Any mistakes you make will render the board unsolvable, and you will be forced to restart the level from scratch. It is an interesting take on the match-three genre, and something that got me hooked. 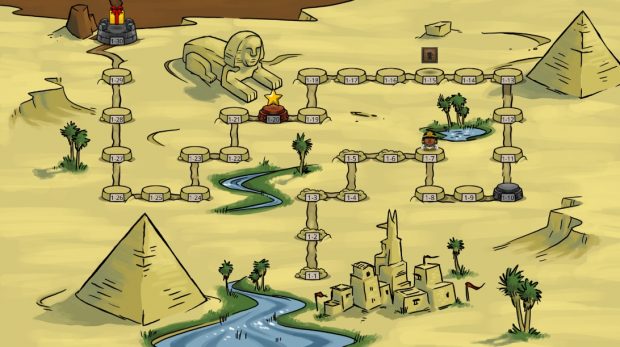 The game offers that all important ‘one more try’ factor, and considering that there are 360 levels in total to solve, you’ll be playing the Story campaign for a very long time. And along with the 30+ hours for the Story campaign, there is a variety of multiplayer modes where you can play online, with friends or play with AI bots. Couch co-op is also available.

The best thing about the game is that there are no timers and no scoring, si you can take your time to solve each of the boards. A lot of skill is needed, so you can’t just jump in and match whatever you see. As I mentioned before, each board only has one possible solution. The first world serves as a tutorial, teaching you the basics of how to play the game. Once you complete the first 30 levels, you are all set. The characters you unlock in Story mode can be used in multiplayer. There are 11 characters you can unlock throughout story mode.

The difficulty will ramp up with the introduction of modifiers. What are modifiers you ask? Very glad you asked! Modifiers spice up the game a bit and they remove the monotony that is typical of match-three games. You will be introduced to modifiers such as shot blockers which prevent you from selecting a specific color. There are wildcards that you can use if you are stuck, and they can really save your game. Color locks which lock you out of colors, and which can break your game if you don’t plan ahead. 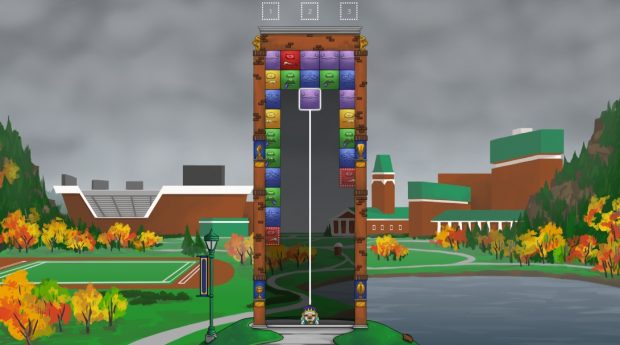 Now for more fun: extra modes! In the multiplayer section, you have Puzzle race, where the aim of the game is to clear puzzle boards before your opponent does – you can play this mode in online or invite your friends. The next mode is Tug of War which is similar to puzzle race except you have to clear each segment of Tumblestones to clear a row of shot blockers to win. As with Puzzle race, you can play online or invite friends or play with AI bots. The last is Battle which is very fun! This is basically a multiplayer take on endless mode, so whoever survives the longest wins. You can play this one either based on rounds or triplets. In triplets, the first to clear 100 triplets wins. A very fun mode and my favorite of all three.

And on top of all of that, there’s also three arcade modes to play! Lets start with Marathon where the aim is to clear as many triplets as you can without making mistakes. Mistakes will drop the glass, and clearing the board below the glass will raise the glass making matches easier. You could spend hours playing just one game of marathon if you are really good. The next mode is Heartbeat where quick fingers are a must: the board of blocks will slowly approach you as you try to clear them before it is too late. Make mistakes and the board will drop faster until it’s game over. The last one is Infinipuzzle where errors will not be tolerated and will resut in a game over! The aim of Infinipuzzle is to clear as many segments as possible without making a single mistake. A challenging but very fun mode. 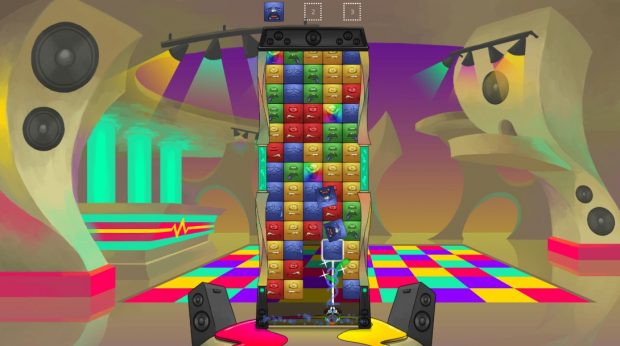 The game has many quests for you to complete along with everything else. Some examples are clear three segments of Infinipuzzle within 30 seconds, complete story level 1-6 with only 24 moves, score 150 in Heartbeat, score 333 in Infinipuzzle, and more. The quests add a lot of replayability to Tumblestone, greatly increasing the time you’ll spend with the game.

Tumblestone has a full trophy count including a Platinum trophy, but this is definitely going to be one of the hardest Platinum trophies ever! Why? For starters, it has online trophies, and the community ain’t there yet since getting matches is hard. On top of that, you have to beat Tug of War, Battle and Puzzle Race with three nightmare bots. Good luck with your Platinum run! 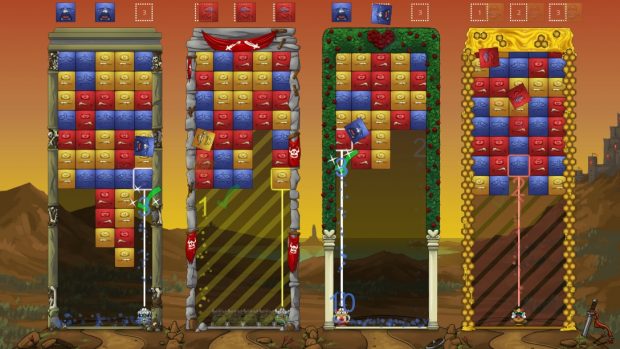 I had a ton of fun playing the game for my Tumblestone review. There’s dozens of hours of fun to be had with this game, so it’s very much worth its asking price. There’s something for everyone in this new take on the match-three puzzle genre, and puzzle lovers need to download this one today!

Disclaimer
This review is based on a PS4 copy of Tumblestone provide by The Quantum Astrophysicists Guild. 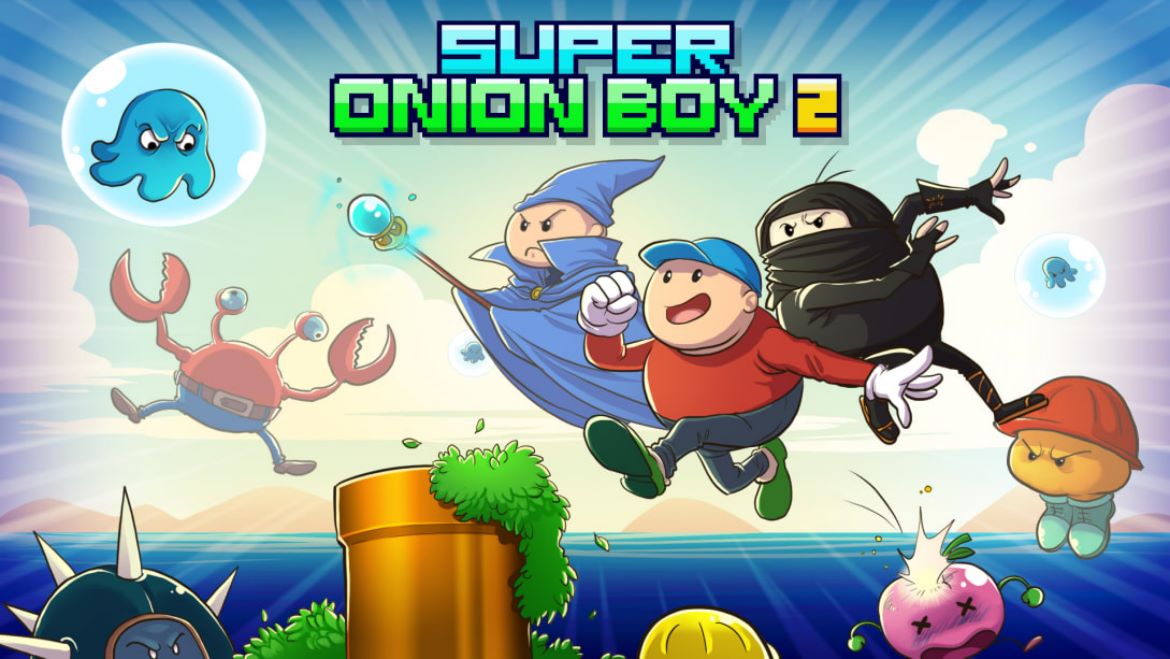