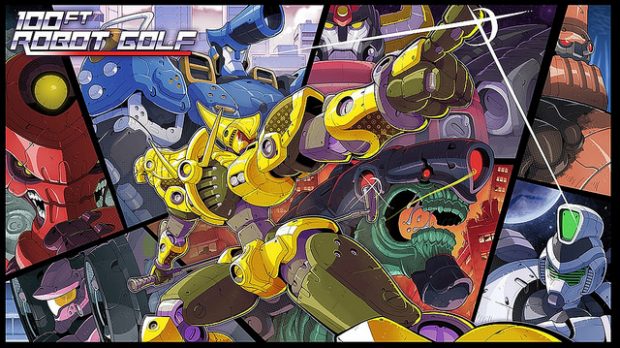 No Goblin is taking aim to release 100ft Robot Golf on Playtation 4 later in the year, and they’ve now narrowed down the exact release date for the game: October 24! We’ve been looking forward to playing this game from the moment it was announced, and now we now that we’re only a couple of months away from finally enjoying this PS4 robot golfing game.

The team at No Goblin has decided to share some info on a new robot that has a very particular characteristic that makes it completely different from the rest of the golfing robots. 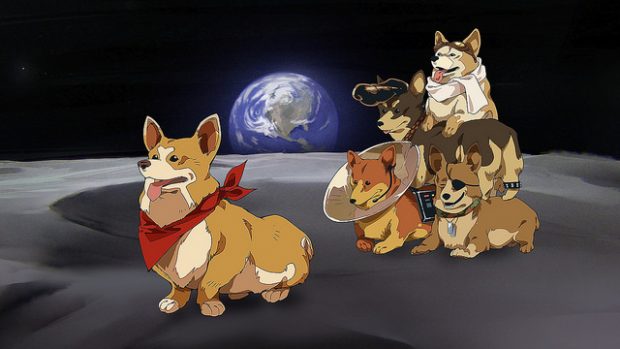 Project C is a special project put together by Team NGBL, a secret underground organization specializing in unconventional golfing robots. Whereas most robots have one (or occasionally two pilots), Project C is actually made up of five separate robots, each piloted by an adorable puppy. These five dogs piloting five small dog robots form together to create a golfing megadog that may actually be taller than one hundred feet tall. Surely five dogs can beat one human at the robot kingâ€™s game that is 100ft Robot Golf? 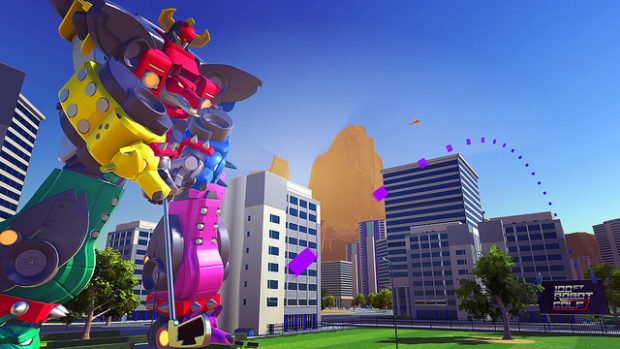 That’s right, you’ll get to play with a dog-controlled giant robot in this game! If you look at the robot’s design you’ll certainly pick up on the many classics the team is paying an homage to, and we’re very happy to learn about this newly revealed contestant!

We’re looking into if we’ll be able to review the game for you, but for now be sure to stick around at PS3blog.net for more news on 100ft Robot Golf!