3Souls is a three-part episodic platformer game that puts you in the world of Mustland. Find out more about this interesting title in our 3Souls: Episode 1 review!

In This first episode, called Nelesa, you start when you are trapped in a cell in a Moon Prison. Nelesa plans to escape the prison with the help of the Wii U Gamepad. Players will be able to make full use of all features that the Wii U Gamepad has to offer, but this does mean that 3Souls features no Off-TV play functionality.

The population of the game’s world is known as Animas. They wear protective masks to shield them from the world, and souls float around them. The dots change color which reflects their thoughts and feelings.

As with any standard 2D platformer, the difficulty of the game increases as you progress, and the puzzles become more difficult. Players will be required to make full use of the Gamepad’s microphone functionality, touchscreen as well as the camera. Everything the gamepad offers as a feature will have a use in 3Souls. 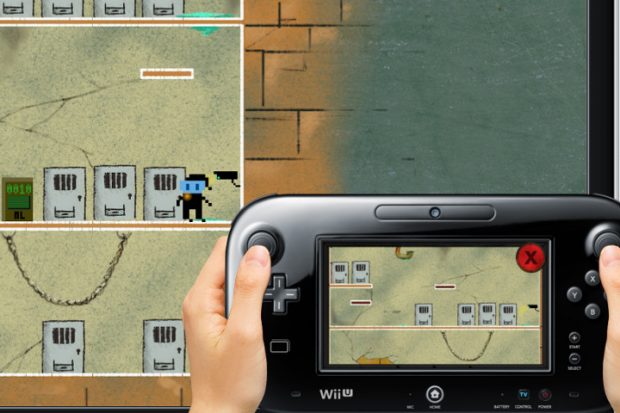 As an example of the type of interactivity you can expect during gameplay, you will encounter what looks like wind geysers. When you do a fan will pop up on your gamepad, and for it to activate you will need to blow into the microphone, and the wind geyser will then lift Nelesa to a previously unreachable platform. There are many more interactive sections similar to this throughout the game. There are also other interactive mechanics that involves the use of the touch screen and stylus pen. You can uncover hidden platforms, dust off plaques to reveal secret hidden information on maps and more! There is a huge variety of mechanics to solve every puzzle, which is something I really liked.

The difficulty spikes slowly as new mechanics are introduced at a steady pace, so players are given some time to learn them before being introduced to new ones. There is some trial and error involved which might be a bit frustrating for some of you, and each puzzle will take a couple of tries before succeeding. The game will provide a good mental workout as what you see on screen and on the gamepad are two different things. Sometimes you will only see certain sections on the TV but see something completely different on the gamepad… which is a whole other puzzle to solve!

What is a platformer without enemies right? Well, there are some, but in fact, they’re just flying flowers. They are deadly to the Animas, which explains why they wear protective masks. There are other dangers that you have to overcome such as lava pits, missing platforms, locked security doors, to name a few. Nelesa has three health points, and once those are depleted, you have to restart the area you are currently in.

I had fun playing the game for my 3Souls: Episode 1 review. The trial and error for solving puzzles might not be everyone’s cup of tea, but if you like platformers, and you like puzzles, then you should definitely get this one. It is an interesting game with a cute setting and a great art style. I look forward to seeing what the next episode has in store for us!

[review pros=”Brilliant Mechanics.
Fantastic voice acting.
Challenging interactive platformer.” cons=”Trial and error might be too much for some” score=81]

Disclaimer
This review is based on a Wii U copy of 3Souls: Episode 1 provided by Red Columns.