This is a great month for PS Plus fans with a strong lineup on all three PS systems, highlighted by an all time PlayStation classic and possibly one of the best games ever made. Come see what’s in store this month on PS Plus!

The world trembles in fear as the Demonic Rhogar Legions re-emerge from their dark realm. Harkyn, a convicted criminal rejected by society, must face the Fallen Lords – in a quest to save humanity.
Plunge into a fast paced action RPG with a complex and satisfying melee combat system – where weapons, armor and skills directly affect speed and attacks. Lay waste to enemies using forbidden magic when weapons are not enough.
FEATURES:
– Embark on an Epic Quest that spans both human and demonic realms
– Confront the mighty Lords, generals of the Rhogar army
– Explore a vast dark fantasy world
– Make your choices wisely as they may seal your fate
– Wield legendary weapons and armors from a vast arsenal
– Choose your class: Warrior, Cleric or Rogue and fully customize each with skills and weapons

Prince of Persia: The Forgotten Sandsâ„¢(PS3)

Prince of Persia: The Forgotten Sandsâ„¢ is the next chapter in the Sands of Time universe. Visiting his brother’s kingdom following his adventure in Azad, the Prince finds the royal palace under siege by a mighty army bent on its destruction. His brother Malik decides to use the ancient power of the Sand in a desperate gamble to save the kingdom from total annihilation. To save the kingdom, the Prince must embark on an epic adventure in which he will learn to bear the mantle of true leadership, and that great power often comes with a great cost.

From Plastic Group, the creator of the innovative Linger in Shadowsâ„¢, Daturaâ„¢ is a new form of interactive play taking inspiration from the world of film narrative to immerse players in a gaming experience never seen before.

Navigate your way through a mysterious forest by controlling your characterâ€™s hand using the PlayStationÂ®Move motion controller or DUALSHOCKÂ®3 wireless controller. Daturaâ„¢’s experimental narrative and unique style of interaction enable players to experience the world with more than just their eyes, creating the illusion that you can actually touch trees, faces and other objects.

As you travel through the game, you will find yourself confronted with a series of choices, and while some may be clear, others are much more ambiguous. It is through this element of choice that Daturaâ„¢ explores the aspects of consequence. What is right, and what is wrong? That is for you to decide…

In this visual novel, you’ll play as the Heroine whose life depends on hiding your recent loss of memory while you navigate complex relationships with five men. Choose your romantic path from the start to piece together that which was forgotten. Will you write the lasting love story you deserve, or will your love â€“ and life â€“ come to an end?
Key Features
1. Select one of five guys as your love interest, each with multiple branching story paths. Each choice creates a distinct world where characters assume different roles, allowing for 20+ endings!
2. Parameters affect your relationship with your future love. Keep track of your relationship here and make sure youâ€™re not headed to a bad ending!
3. Use touch controls to play mini-games like Rock, Paper, Scissors and Air Hockey against other characters.
4. Unlock voiced images in the Gallery. Touching certain areas of the image will play dialogue of feelings that couldnâ€™t be previously expressed.

Fly and survive through the Game-of-the-Year- winning world of BADLAND and discover an astonishing number of imaginative traps, puzzles and obstacles on the way.

BADLAND is a multi-award-winning side-scrolling action adventure with innovative physics-based gameplay and stunning atmospheric graphics and audio. BADLAND: Game of the Year Edition has been redesigned for the PS4â„¢ system, PS3â„¢ system and ‘PS Vita’ system with new analog stick controls and enhanced Full-HD visuals.

The GOTY edition also offers lots of local multiplayer fun: up-to-4 players can compete on 27 deathmatch stages or work together to survive through 100 levels of the co-op campaign.

This is a great month and a step in the right direction for PS Plus. Journey is a classic game that everyone has to play. Datura is from the same people that just released Bound on the PS4. The Prince of Persia games typically are a fun diversion with lots of hours worth of fun. And I loved Badlands when I reviewed it. Amnesia could be a fun visual novel on the go for the Vita, so I’ll be sure to check that out.

What are your favorite games debuting this month on PS Plus. What would you like to have for October and beyond? With the recent price increases for the yearly subscription of PS Plusdo you want to see any changes to the service or are you content with what you are getting right now? Let us know in the comments below! 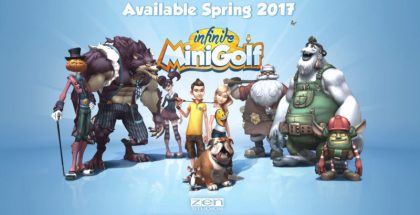 Rumor: PSN Password Change Could Be Exploited (Update: It Was a URL Exploit and... May 18, 2011 | pedrolabate