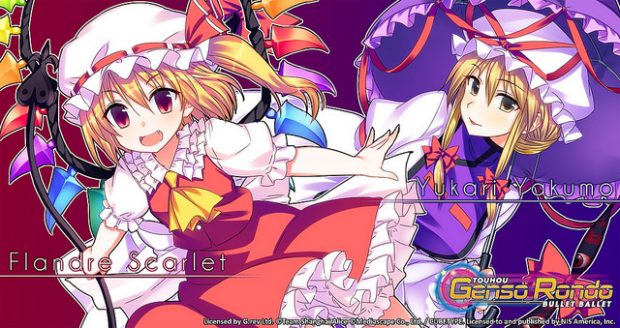 We’re currently playing Touhou Genso Rondo: Bullet Ballet for a review (very interesting, fast-paced and fun game so far!), and we wanted to let you know that the game is currently available for purchase on PlayStation 4. It’s hard to explain what the game is about in words, so be sure to check out its trailer below to understand what you’ll be dealing with!

Youâ€™ll be duking it out against your friends or the CPU with some of the coolest characters of the Touhou Project â€“ a massive universe that encompasses more than a hundred characters, each with a unique and interesting backstory and personal music.

The original world of Touhou was created by ZUN, a one-man dev team who has handled the game design, scenario writing, programming, character design, and music production for over 15 entries into the universe. Though he originally created Touhou back in 1996 as a way to create his own game music, the series has become a bit of a phenomenon thanks to the Play Doujin! scene that has grown around it and fostered a plethora of fan-developed games like Touhou Genso Rondo.

[Beyond PlayStation] Defend Your Crypt Review