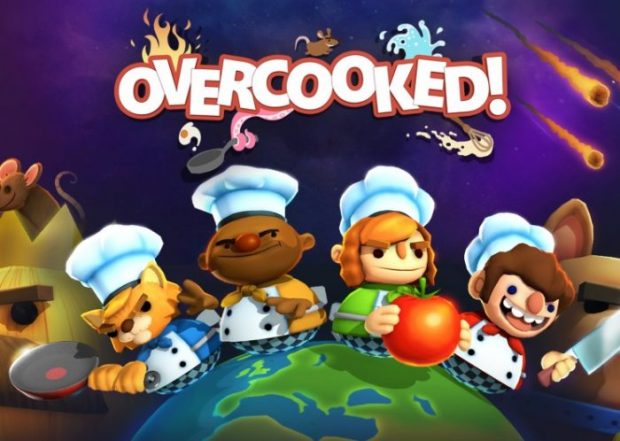 How would you fancy playing some madcap cooking game? Because that is exactly what you’ll find in Overcooked! This experience is both fun and finally just brilliant. You can play in couch co-op or solo! Check our Overcooked review to see why this is a great game for your PS4!

The game is set in Onion Kingdom which is under attack by the constantly peckish Spaghetti and Meatballs Monster (now that’s original!) who never stops eating. King Onion takes you back through time to the year 1993, so that you can spend the next years improving your cooking skills, before facing off against the giant monster to finally banish him once and for all! As soon as you leave the King’s house, you will be greeted with a colorful overworld map having a surprisingly catchy theme. The adventure is on!

On the gameplay side, this game is quite simple. You will travel to different kitchens across several worlds, and you will receive customer orders which must be completed. You can either play solo (which is VERY HARD) or in couch-coop, and you must prepare and deliver the order within a given time limit. You will make all kinds of dishes such as soups, fish and chips, beef burgers and more in some of the funniest locations possible (this IS a party game!), such as in a van or on a sheet of ice.

Playing this game is all about coordination. Every member will end up assigned to a subset of operations, and that will make it easier to finish the plates. It gets crazier as you progress since the levels become dynamic, and chaos ensues: floors will split, mice will steal your ingredients, and more! 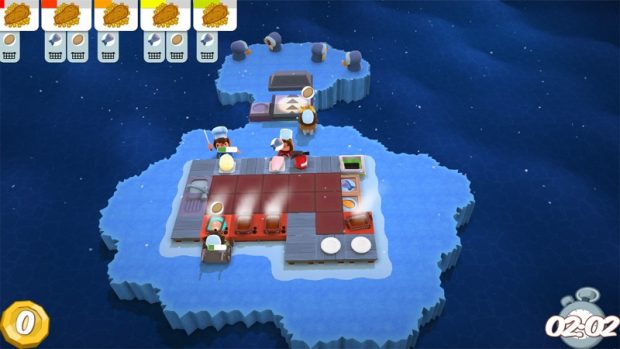 Completing each level awards stars (based on your score) and if you manage to hit the maximum score, you will get all three stars (which is very hard to do, which is why teamwork is important. There is also a versus mode that is similar to the campaign except you are playing against the other player.

The game is better enjoyed in couch co-op as it WAY too hard in later levels to earn stars, especially all by yourself. For instance, I only managed to “three star” around nine levels in solo mode, so it is definitely worth diving into this one in co-op once you’ve learned more about the game.

As a little bonus, here is a video of our own Ceidz playing with his wife on their first try of an early level in Overcooked where all hell broke loose!

Final Thoughts
I had an absolute blast playing through the campaign mode. I would have liked if there was a proper/easier solo campaign mode, but the main campaign can be done solo with just you controlling two chefs. It is a fun little cooking, funny, quirky and certainly original, and I greatly enjoyed my time with the game to write my Overcooked review. Are you ready to battle it out in the kitchen?

Disclaimer
This review is based on a PS4 copy of Overcooked provided by Team17.

Help Us Welcome Tracey To The PS3Blog.net Staff!