AWS Access Key ID: AKIAJW3VIJRZWKBORYFQ. You are submitting requests too quickly. Please retry your requests at a slower rate. 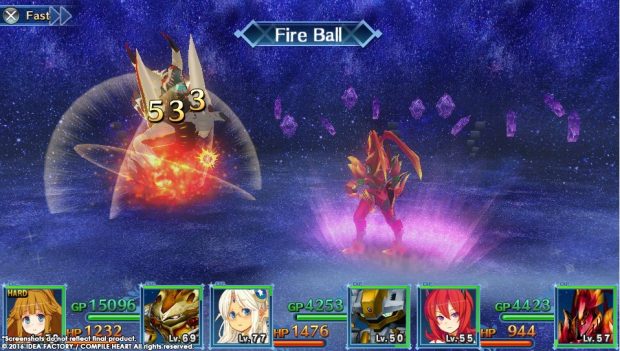 The planet has suddenly stopped rotating, and this has caused it to be plunged into total darkness. Monsters have begun to surface and roam the dying world, so it is up to the five chosen Machina Mages to battle it out in the four towers connected to the demon realm in order to restart the planet’s rotation. 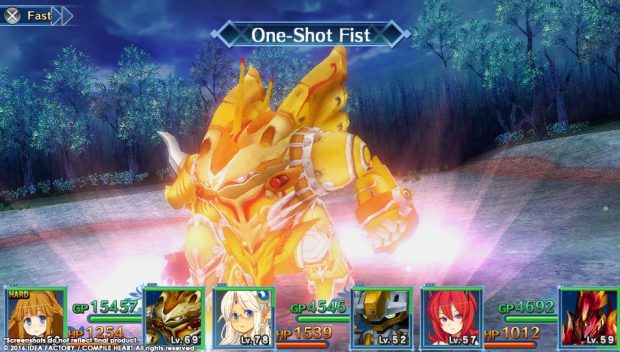 Let’s kick off this review with an overview of the five main characters in MeiQ: Labyrinth of Death.

ESTRA is a yellow Machina mage. She is the game’s most featured character and specializes in Earth Machina magic. She is the most compassionate and is always willing to help when the need arises.

FLARE is a red machina mage. She specializes in fire Machina magic. She has a strong determination, and treats Estra and the other mages as if they were her rivals.

MAKI is a white Machina mage. She specializes in metal machina magic. Saving the planet is her main passion. She is one of the most intelligent of all the Machina mages.

CONNIE is a blue Machina mage. She specializes in wood Machina magic. Connie is the youngest and the most innocent of the group.

SETIA is a Black Machina mage. She specializes in the water element. Setia has a pessimistic nature and lacks self-confidence, but she loves to read. 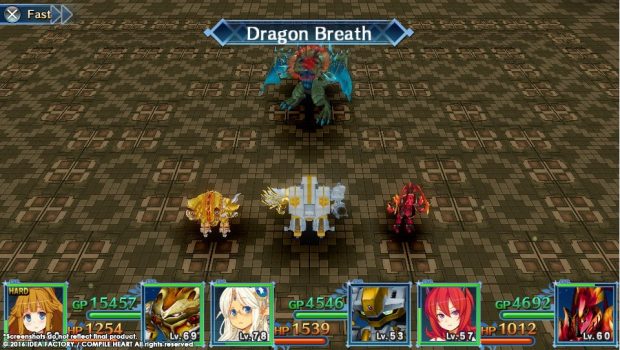 As mentioned before, you must explore four towers, and each has several floors for you to complete. Every floor of each tower is pretty exciting because you don’t know what is around the corner – you may find treasures, door switches, pit traps or something else! You will play in first person view, and as you move and explore, the map will auto draw the floor layout, so you always know where you are and where you’ve been. 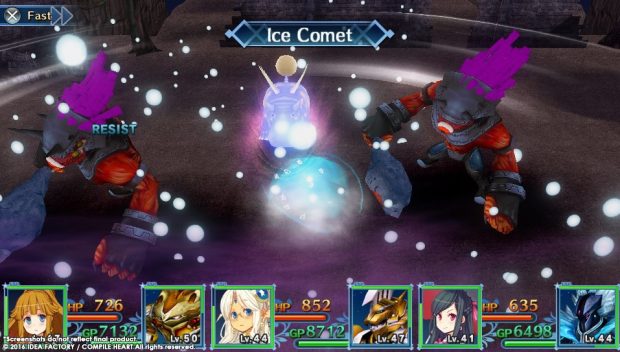 During your adventure, you’ll get to battle big epic bosses, and the fun part is that once they are defeated they can join your party, allowing you to create a team strong enough to take on the demon lord at the end of the road.

The game features the “love it or hate it” random encounters mechanic. Unlike in most dungeon crawlers, the random encounter rate here is much lower and if you are lucky you could skip an entire floor without ever running into a fight! Speaking of that, the machina mages do not fight in battles directly. Instead, they each control mecha’s, known as Guardians, who do the actual fighting. The mages only fight when their mechas are KO’d in battle, since you are not allowed to using any healing. So when they fall, the mages will take over, and you better hope you can prevail since, otherwise, you will get the dreaded game over screen. 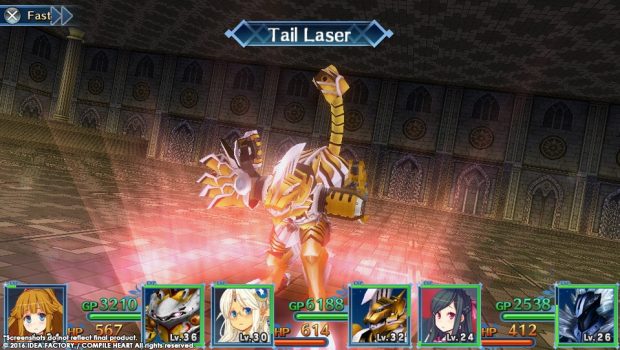 Each Guardian has its own specific element tied to it and using those is the key to success. For example, fire is weak to water, so using a water based element on a fire element will defeat that fire element enemy faster than if you used any other element. It is important to remember and memorize how the element system works and what elements work well together. 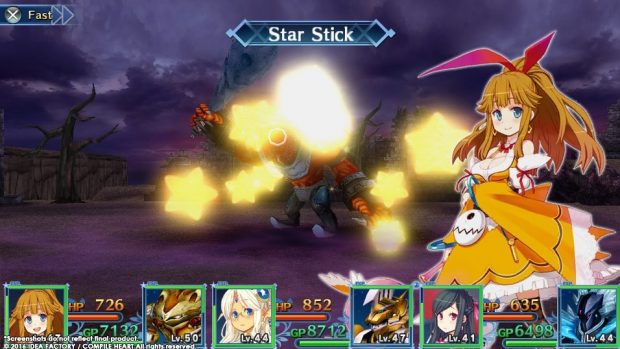 Winning battles awards you EXP towards leveling up, some gold to purchase things and some Aether which is used at Jin’s factory to secure upgrades – you can gain Battle skills you gain from changing body parts on the Guardian.

If you are a player like me who loves to explore, there is a fair bit of backtracking involved to find items for fetch quests as well as other much-needed items, which will add some extra hours to your total experience. 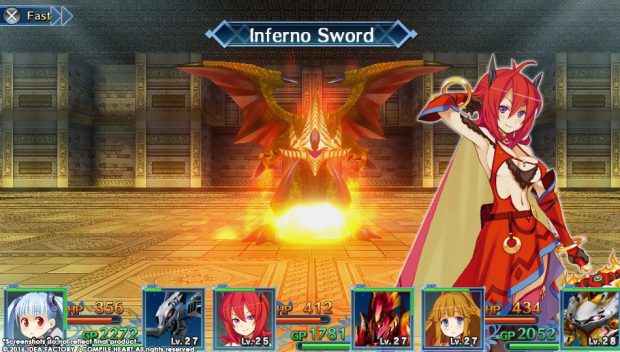 The game has plenty of collectibles in the form of books that tell the game’s lore, which are an interesting read. If you search every nook and cranny and open all the doors, you may find them all, and you should since they are absolutely worth reading. Not only that but you will find recipe books so that you can craft parts for your Guardian – but first you will need ingredients like Demon Ore which can be dropped by enemies or bought in Cash’s general store. 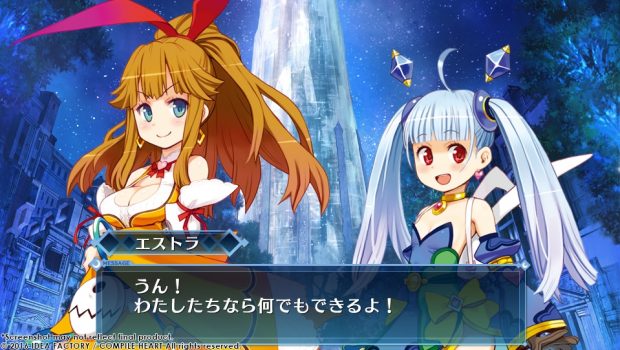 Disclaimer
This review is based on a Vita copy of MeiQ: Labyrinth of Death provided by