Welcome to our Criminal Girls 2: Party Favors review! The direct sequel to PS Vita exclusive Criminal Girls: Invite Only is now available for you to enjoy. Does the sequel improve on the foundation set by its predecessor? Come inside to find out! 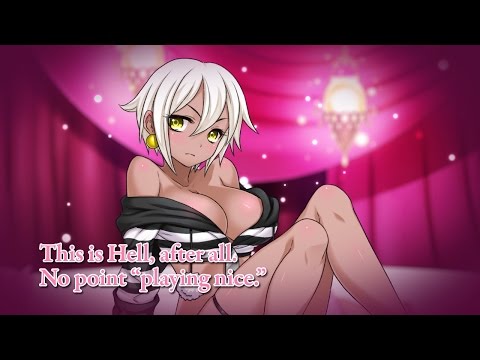 Before we being, I wanted to mention that there have been some changes made to the game from its original Japanese release. Why? Well, because some western countries have strong censorship laws, particularly in Germany and Australia/ New Zealand, where games like this tend to be banned or denied a rating so the publisher cannot sell their game in those territories. So to appease the rating boards, changes had to be made.

Due to the explicit nature of the game the art has been redrawn a bit for the motivation scenes so that they are less provocative, but retain the overall theme. Certain words have also been changed, with words like ‘punishment’ changed to ‘motivation’ to make certain scenes of the game appear more consensual. It is what had to be done for us to get the game released at all.

Criminal Girls 2: Party Favors is far less provocative than the original game. As you begin the game, you are dropped in hell, and your job as program instructor is to ‘reform’ seven very delinquent girls who have a chance to redeem themselves before going to hell forever. On top of that, one of them is a true convict, but who? This Hell Spire is their last chance saloon, and your job is to help them overcome the trials ahead so that their sins can be forgiven… as you weed out the true convict. Some of the core mechanics are back like the dungeon crawling aspect where you can battle random encounters, and exploring dungeon floors for various treasures.

The seven very naughty girls are: Shinoa who is a very bright girl with qualifications, always very willing to do as she is told. Lily is a bit of a princess with a harsh attitude. Kuroe is very withdrawn and will only speak via her puppet – or teddy bear – called Baron. Mizuki is quite a character, but lacks self-esteem. Sui is very prim and proper and is easily flustered. Yurine is the character I disliked the most since she is very very self-centred. Tsukasa is a very openly sexual person and truly over the top, but one of the most caring out of the entire group. 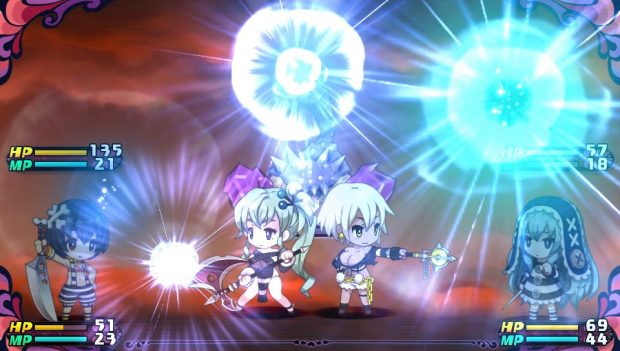 Combat remains unchanged from Criminal Girls: Invite Only. The girls will suggest four command options for every turn in battle, and they may even invite an ally to join them in an attack, and these commands will change as the characters grown and gain new skills to beat tougher enemies. When a girl invites an ally this is called a ‘Bond Attack,’ and you can use this mode to chain attacks. For example, Yurine and Tsukasa can perform Force Impact together to deal massive damage to all enemies in range. 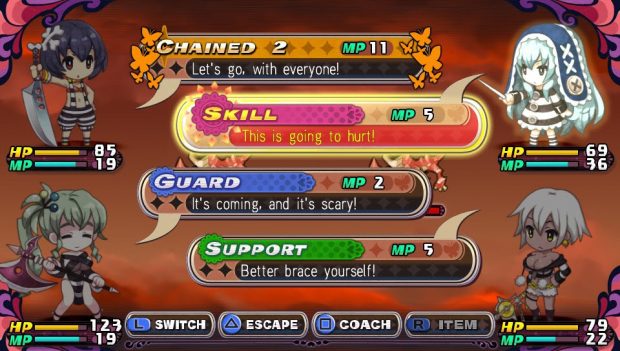 There is a new feature called coaching that allows you to either praise or scold the girls. Their status will change depending on whether they are S or M during motivation. So it is important to pay attention to S and M stats when picking new skills – selecting coach during battle can affect the outcome of an S girl or M girl. So some minor strategy is involved during battle situations. 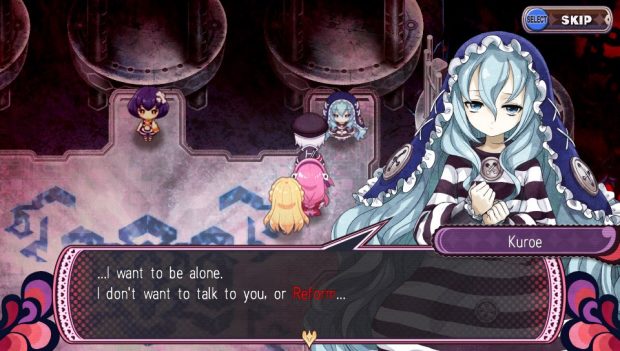 During the trials, the girls will sometimes ask for favors, and if you grant their wishes, some nice things can happen, but I will not spoil that for you. This is something you’ll need to try for yourself! 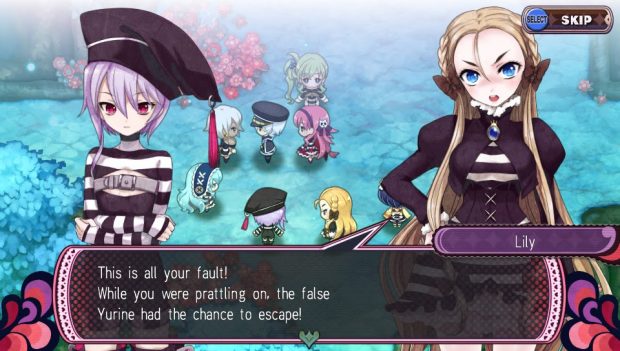 Last but not least is Motivation. There are several motivational things you can do to the girls to level them up and rehabilitate them! Scrubby Brush is the first one and for this, you use a brush to clean their bodies and souls. You also Spanking which is self-explanatory really. There is Slimeshot, where you flick slimes at the targets on the girls to achieve success. And for shocking Bondage, you can give em a touch of electric shock! 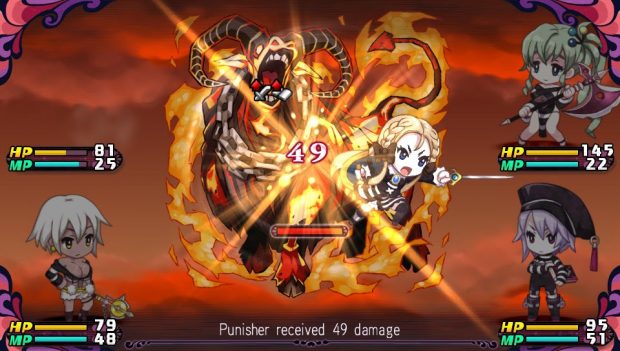 And that is Criminal Girls 2: Party Favors. It is certainly better than the first one. The graphics are absolutely superb, and some players will get a kick out of all the imagery. The story is quite interesting, and the dungeon crawling elements are fun. Did I have fun playing the game for my Criminal Girls 2: Party Favors review? Certainly. Where there some elements that I didn’t like due to the game’s nature? Definitely. But that doesn’t mean I can appreciate what the game does right. If you liked the first game in the series, then you’re going to slowly crawl towards it and like it.

[review pros=”Excellent hand-drawn graphics.
New features that expand on the previos game.
Japanese audio.” cons=”Due to its content, it has been banned in some countries.
Not for everyone.” score=90]

Disclaimer
This review is based on a EU Vita copy of Criminal Girls 2: Party Favors provided by NIS America.