Ah, Broken Sword 5: The Serpent’s Curse. As a big fan of adventure games, I had been looking forward to playing Broken Sword 5 since it was announced it would see a PlayStation 4 release.

Why? Because the PlayStation 4 version includes both “Episodes” of the game in a single release. On top of that, things have been polished a bit more to give us the definitive version of the game on Sony’s current home console.

Paris in the spring. The scent of blossom on the soft breeze.

And in an art gallery in Montmartre a shot rings out. A robbery â€“ a murder â€“ and the beginning of another epic, original Broken Sword adventure…

An adventure that will take quick-thinking lawyer George Stobbart and sassy journalist Nico Collard across Europe on the trail of a conspiracy forged in the cauldron of the Spanish Civil War. A conspiracy whose roots lie much deeper â€“ in mysteries older than the written word itself… 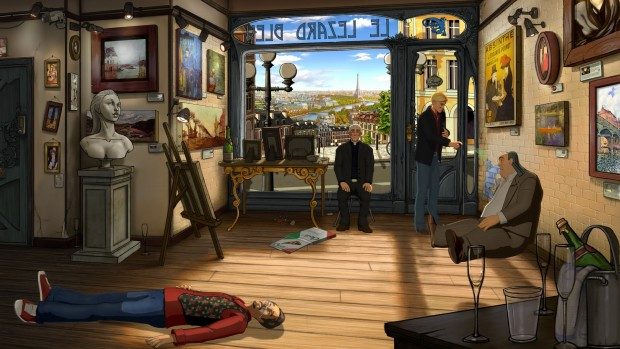 I loved my time with the game to write my Broken Sword 5: The Serpent’s Curse review, and I’ve currently gone back to it to continue my Platinum trophy run.

Have you played Broken Sword 5: The Serpent’s Curse? What did you think of the game? Let us know in the comments below!

A New Flash Sale Is Now Live On PSN!