The Legend of Heroes: Trails of Cold Steel II as you might expect, is a continuation of Trails of Cold Steel. A group of students was selected for a newly formed class which was known as class VII. It was the only class in the school that did not segregate because of social backgrounds – poor, rich or aristocrats are all the same. These students were to undertake ‘special’ assignments that would take them all over the country throughout the whole year. Want to see if the sequel is one you have to play? Then read our The Legend of Heroes: Trails of Cold Steel II review!

The Legend of Heroes: Trails of Cold Steel II Review 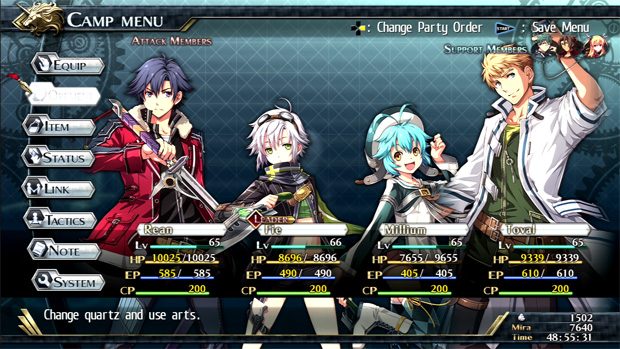 If that is not an option, you can always make use of the Backstory Mode that will help you get up to speed. Also, during the game there are some events that pop up and give you some extra information as to what happened in the previous game, so all is not lost if you dive straight into this sequel.

Trails of Cold Steel II opens with Rean waking up at the crash site of his Divine Valimar on a mountain range not far from his hometown. He wakes up dazed with a sketchy memory of what happened. As he stands to get his bearings, he discovers he has some company in the form of a purple cat with a cute turquoise bow on her tail. She’s a talking cat called Celine who fills the missing gaps in Rean’s memory. Once he discovers he isn’t far from where he grew up, they both head for Ymir. 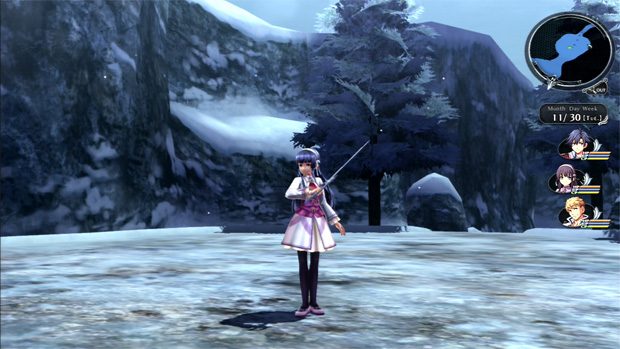 Now let’s discuss the gameplay. Rean will spend the first few hours of the game interacting with the folk he grew up with and finding the rest of his class VII friends while reminding you of how the game works. Not a great lot has changed regarding gameplay mechanics. The enemies are visible on the map so that you can pick and choose your battles. The battle system is essentially turn-based in the end, but you have a chance to move around and setup your characters attacks area.

You have two sets of attacks, one that uses EP and the other that uses CP. EP is used with magic arts that are associated with battle orbments – by placing a quartz in your orbment, you can unleash arts. You can replenish your EP by using items or charging station which will also replenish your health. CP is something far more special that is used for Crafts. These are much more powerful forms of magic and are only available when you reach 100 CP (Craft Points). You can earn CP by inflicting or receiving damage. 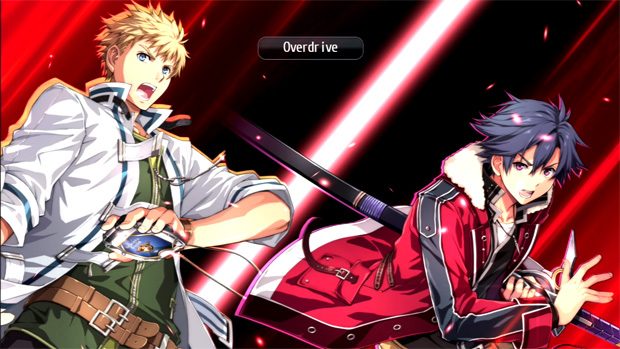 You can also link up with another character during battle – this is known as Super Craft Breaks. Said skill also uses CP and you must be above 100 CP. This can strengthen the bond between characters, so it is a useful tool. There is a new feature added to this mechanic, and it is called Overdrive – you can attack for three turns in a row with a linked character, and arts will be cast instantly. How great is that? 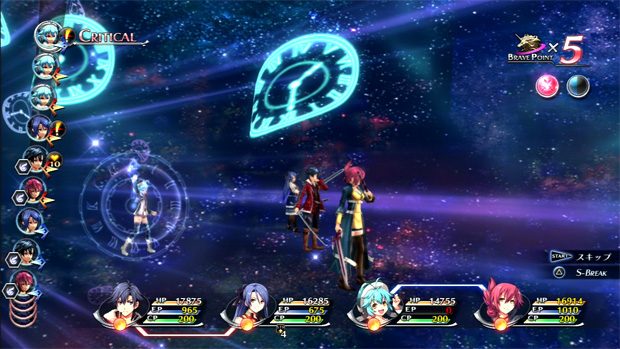 You can battle with other mechs using Valimar. Battles with mechs are slightly different since you can target body parts, and depending on where you hit the enemy you may make it stagger and get another hit. The mech battles are certainly a lot of fun!

The game has a lot to offer, and many hours of gameplay. You’re looking at around 60-70 hours, so it’s certainly bigger than the first one that was 45-50 hours long. I have had an absolute blast playing the game for my The Legend of Heroes: Trails of Cold Steel II review. I highly recommend that you get this game today… and if you haven’t played the first one, get both!

Disclaimer
This The Legend of Heroes: Trails of Cold Steel II review is based on a European PS3 copy provided by NIS America. 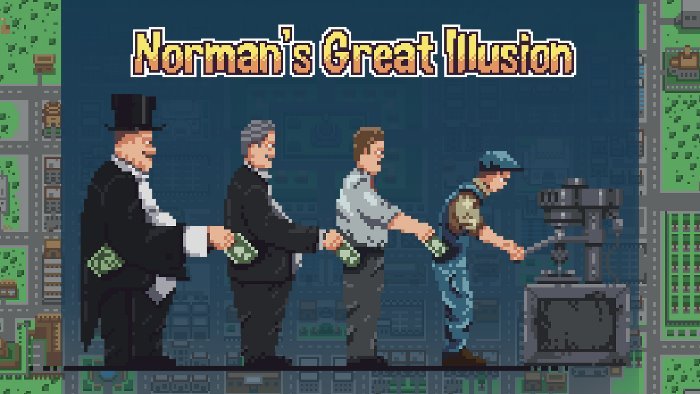