In Cannon Brawl from Turtle Sandbox and Blitworks you get to command an airship in a 2D RTS game where you must always be on high alert. You need to make every second count as you set up your attack and defense units as you secure the money required for it. Want to learn more? Then check out our Cannon Brawl review!

The kingdom was at peaceâ€¦ until the Kingâ€™s evil brother decided he had enough: he wanted to be King. Since he has taken the King and Prince captive, it is up to the Princess to pilot an airship to try and save them before it is too late. 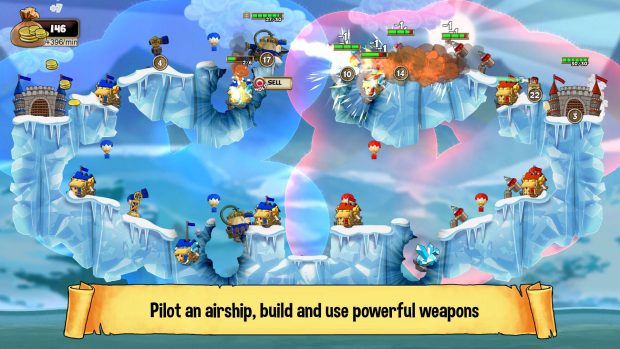 The first handful of levels in the single player campaign will function as a tutorial for the game. Youâ€™ll first learn about how you need to set a mine on top of a pile of gold (and later over diamonds) to produce money so that you can purchase territory balloons and then towers. You cannot build structures unless theyâ€™re within your territory, which is what territory balloons, set in the air, are good for. Once you set your first attack tower, youâ€™ll start to get the hang of things, attacking other towers and the terrain â€“ which will be destroyed a bit with every hit. 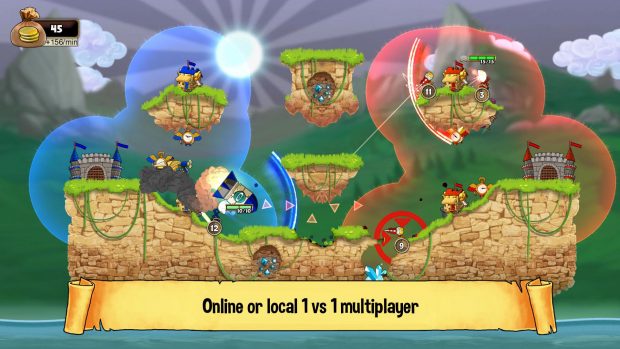 Youâ€™ll later be introduced to more buildings such as shield towers, which generate a protective barrier you can set at different angles, or one that sets a walking bomb on the ground so that you can attack past said protective barriers. Youâ€™ll also be taught about upgrading your structures so that they gain more hit points and become harder/better/faster/stronger. 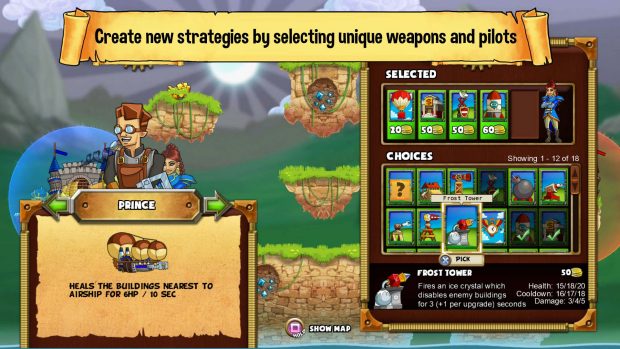 As you play the game, youâ€™ll get to take on quests. These can, for example, ask that you obtain ten medals in the game or destroy 50 buildings. After completing a quest, youâ€™ll gain XP which can be used to unlock special and deadly towers to give you an edge. Youâ€™ll use the XP at the Armory, which can be accessed from the main menu.
On top of the regular campaign levels, there are also some puzzle levels sprinkled around here and there. Theyâ€™re of a different color in the map, and they clearly state theyâ€™re puzzle levels. 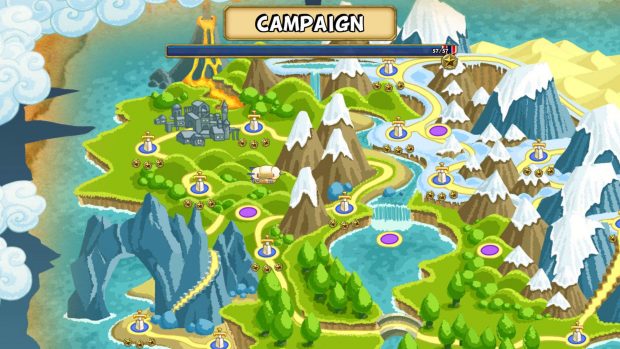 Youâ€™ll get a chance to play new ones as you complete the single player campaign levels, and each one will be harder than the previous one. Youâ€™ll need to think outside of the box to, say, send the enemy base flying down into the bottom of the screen with only two shots while having to sort how to avoid wasting your precious ammo on the many upgraded shields on display. 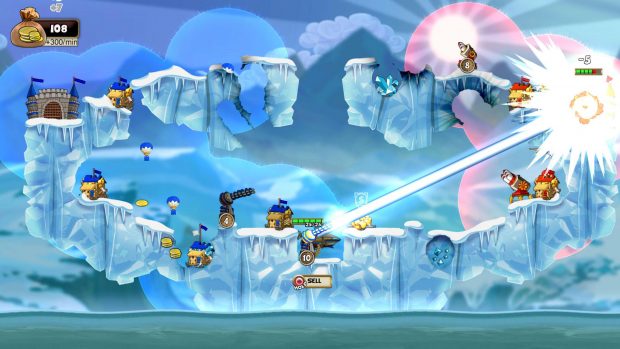 The game is highly addictive, and I keep coming back to it for a quick round or two every now and thenâ€¦ but ended up playing for much, much longer. Getting all three medals in each of the main Campaign stages will require a bit of extra effort, especially for the final set.

Cannon Brawl features a full trophy count with a Platinum waiting for you at the end of the road, but you’ll need to get really good at the game! One trophy asks that you complete the main Campaign in Nightmare mode, a higher difficulty setting that opens up after you complete the game once. Another set takes into consideration your wins in ranked games, and two, in particular, will consume a lot of your time. First up, is a trophy for winning five ranked matches in a row. The other one? Winning 100 ranked games. 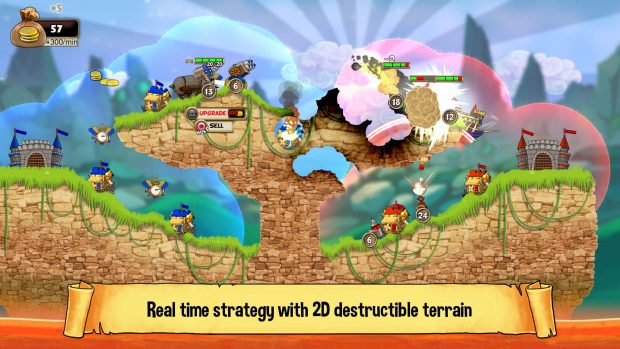 I had a lot of fun writing my Cannon Brawl review. I had heard that the game was very addictive and highly entertaining, but I never expected it would grab my attention so much. I’ll be going back to the game as I aim to someday have that Platinum trophy in my collection. This will be my “go-to” game to have some extra fun between reviews.

Disclaimer
This Cannon Brawl review is based on a PS4 copy provided by Blitworks. 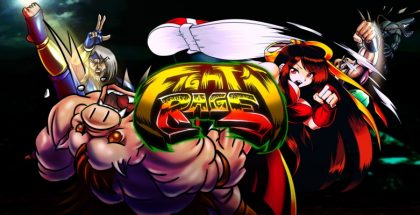