Pick up your swords, umbrellas, or robots and get ready to fight! The long-running Blazblue series is back with a new entry in Central Fiction. Is this the best 2D fighting game on PlayStation 3? Come read our BlazBlue: Central Fiction review to find out!

Arc System Works has finally given us the newest entry in the beloved BlazBlue series. If you are familiar with Blazblue or Arc System Works, then you know you are in for a treat. I actually had a chance to review it’s predecessor, BlazBlue: Chrono Phantasma, a couple of years ago and really liked it. Central Fiction is an evolution of the last one, perfecting the formula in many ways.

I’ve actually reviewed quite a few Arc System Works games over the years from Guilty Gear and BlazBlue to several of one-off titles including Arcana Heart 3: LOVE MAX!!!!! and Under Night In-Birth Exe:Late. The one thing this team knows is the importance of creating a great engine for the game to run off. This game is not different, pushing the PS3 to its limits in terms of 2D fighters. 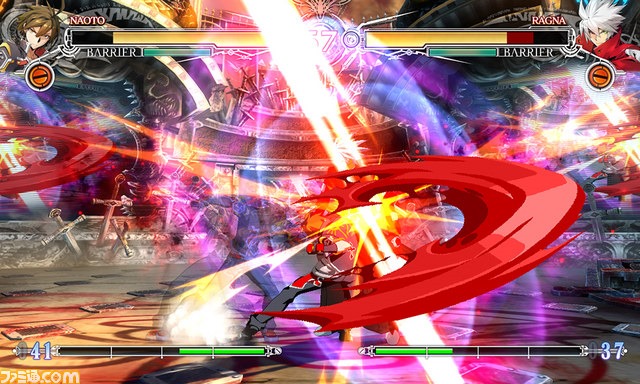 Like other Blazblue games, this one revolves around strong gameplay mechanics. Most of them have stayed fairly similar from the older games including Overdrive, introduced in the last title, with one small tweak – you now have a countdown under your characters portrait letting you know when you drop out of OverDrive. It also introduces two new systems: Active Flow and Exceed Excel. You can enter Active Flow by doing damage continuously with offensive maneuvers. Once you are in it, you do extra damage, and your Burst Gauge recharges faster – you can only use that once per round. Exceed Excel is a power move that you can use while in Overdrive by pressing all the attack buttons. Each character’s is unique, and it usually provides quite a bit of flair. Once you are finished, it pushes you into Active Flow as well. If you are already in Active Flow and perform an Exceed Excel, your attack damage will be doubled.

The story mode, which I wasn’t a huge fan of last time, returns for this new entry. Unfortunately for me, it seems to have doubled down on story vs. gameplay. Playing the story mode is like watching a anime series or playing a large visual novel – similar to the Persona 4 spin-off. I will give it credit, since it does a great job at allowing you to catch up on the story so far. Early in the game it gives the option to either watch or skip a 30-minute sequence that tells the tale of the previous three games. From there you still have another 30-minute before you get into your first fight. I just felt there was way more opportunity with characters meeting up to fight and every time I thought I would get that I had to read more story. 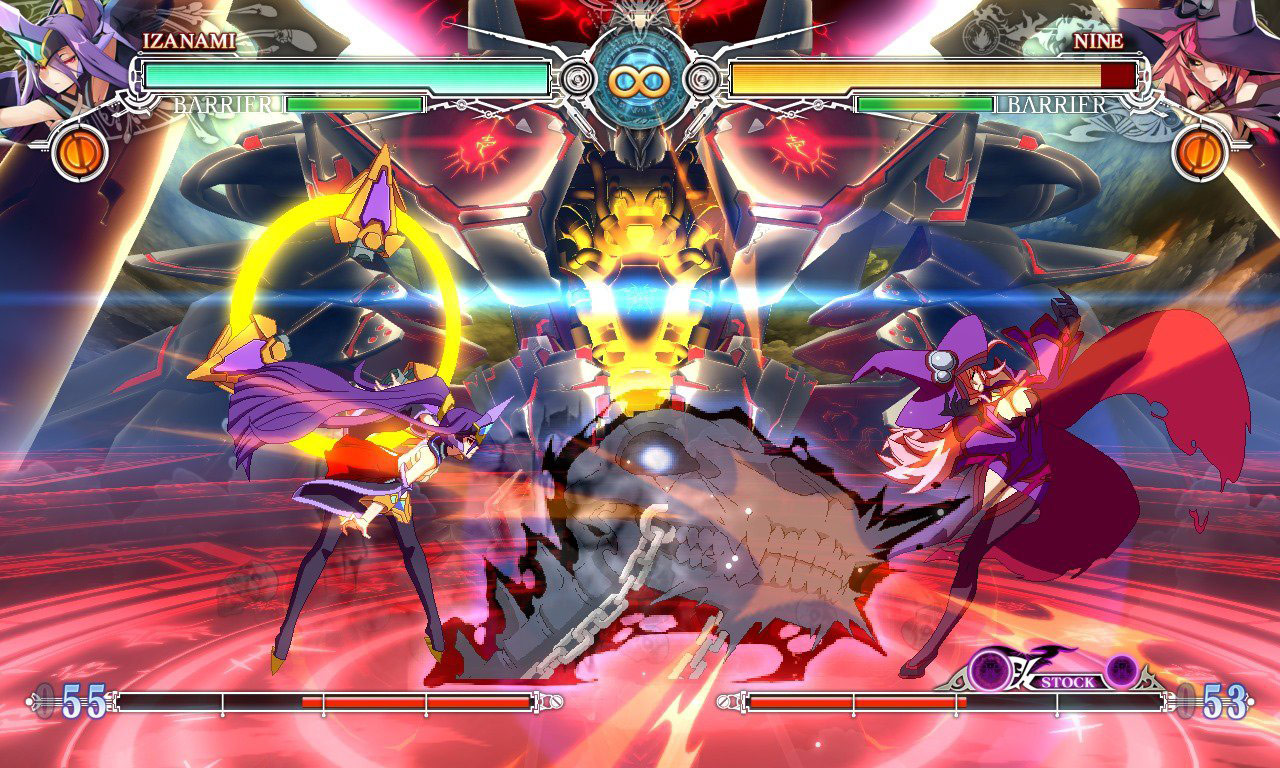 Now there will be people who like this mode but it’s certainly not for me. The game also builds on what is presented in the main story mode by letting you know when new stories have been unlocked as you pay, allowing you to explore the side stories of the characters that you thought you were going to miss.

BlazBlue: Central Fiction looks gorgeous and pushes the PS3 to the max. Arc System Works have become the masters of beautiful 2D sprite based fighting games. Each character has his/her own unique feel and visual style and identity. I loved the work on the Exceed Excel moves as some of them got quite creative. The visual style is important to the identity of the game, and all the hard work shows.

The game has 53 trophies, distributed in 2 Gold, 9 Silver, a ton of Bronze and, of course, a Platinum trophy. Unlike most Platinum, this trophy list seems doable if you want to put the time into it. For each trophy, if you had to be in a certain mode the trophy lets you know what you need to be playing. Also, there isn’t a huge amount of online trophies and no crazy wins streak trophies, so that’s great. 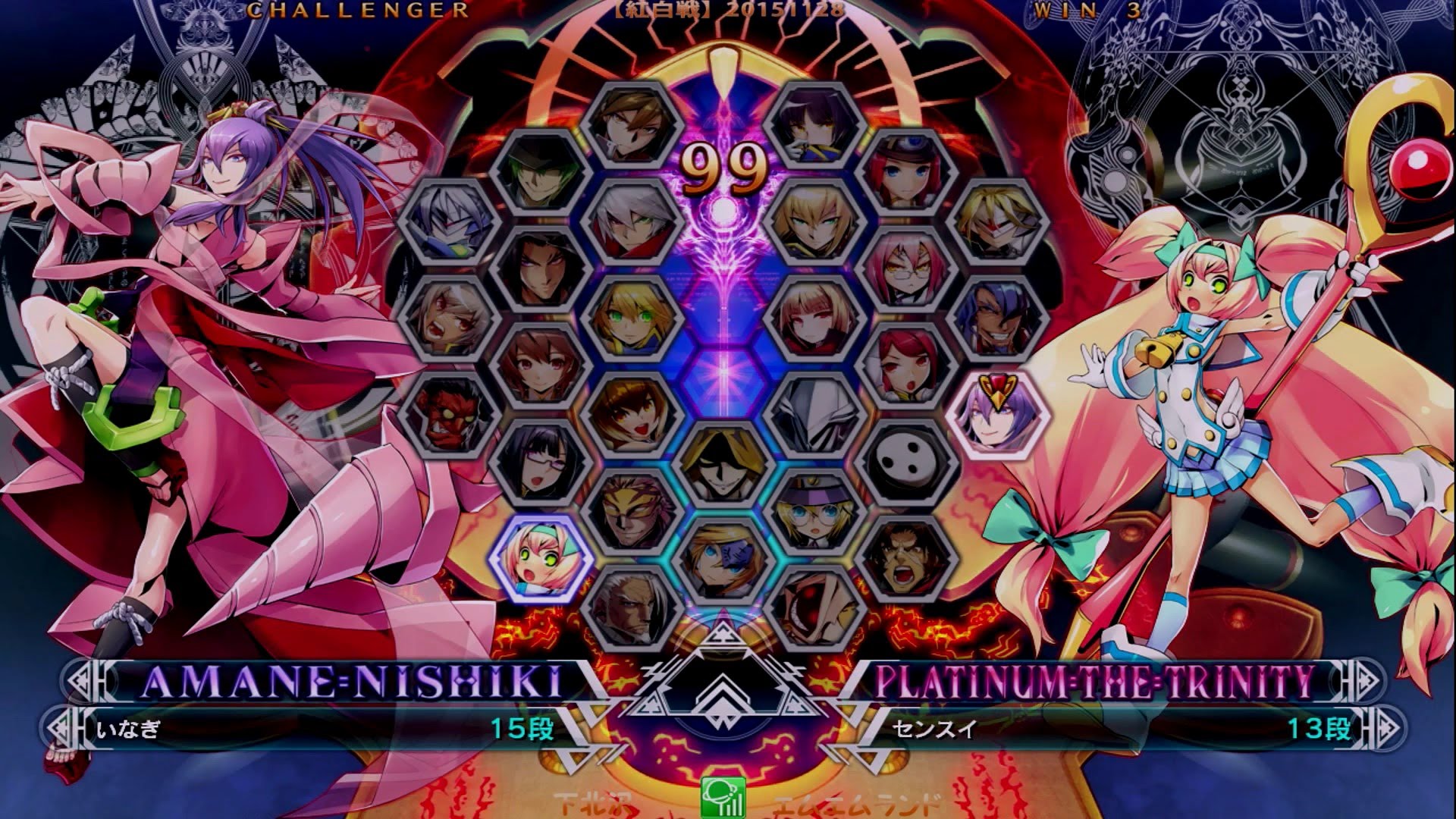 BlazBlue: Central Fiction is a strong entry in the BlazBlue series. I strongly doubt this is actually the end, but it may remain dormant for an extended period of time until they have a new story to tell. The combat feels great with the added effect of the newest systems. As you can tell from my BlazBlue: Central Fiction review, my biggest sticking point was the story mode, but other people may prefer this and get a lot out of it. If you are still looking for a great PS3 game to play you cannot go wrong with Blazblue: Central Fiction as you will have hundreds of hours of fun!

You can purchase BlazBlue: Central Fiction from the PSN store


This BlazBlue: Central Fiction review is based on a PS3 copy of provided by Aksys Games.

What Does Rez Infinite Look Like When Played On PS4 Pro?