Tokyo Twilight Ghost Hunters Daybreak: Special Gigs weaves an intricate story that pushes the boundaries of reality as you battle restless spirits causing chaos throughout Tokyo. Hunt Down Ghosts and Exorcise Evil. The GHOST System (Graphic Horizontal Object Streaming) creates a vivid world unlike anything you’ve seen before! Loads of bonus features will keep you coming back for more. A gaggle of new and old characters round out the colorful cast and an augmented story featuring new chapters ensure 30+ hours of game play!

The game is split into two different parts: a visual novel and a turned based strategy game. Let’s talk about the visual novel portion first. You and your group are ghost hunters called the Gate Keepers. You are hired to use your tech and knowledge to solve cases of hauntings as you try and exorcise the ghosts. The games cast is strong and likable, making the story seem even better than it already is.

Each part of the game is its own episode, with individual openings and credits. It’s a unique storytelling device for a full game, giving it a different vibe than other games. The game had a great way for players to interact during the visual novel parts thanks to the sensory wheel, which I haven’t seen in other visual novels. The first wheel has you choose from Curiosity, Friendship, Love, Anger, and Sadness, while the second one features Sight, Touch, Hearing, Taste, and Smell. Combining one selection from each will give you a different outcome – might include accidental groping or floor licking. As the game doesn’t really explain the system well, you are left to figure it out on your own. It takes a long time to get comfortable with the system, and considering you’re trying to build relationships with the characters, it could have used some better explaining. 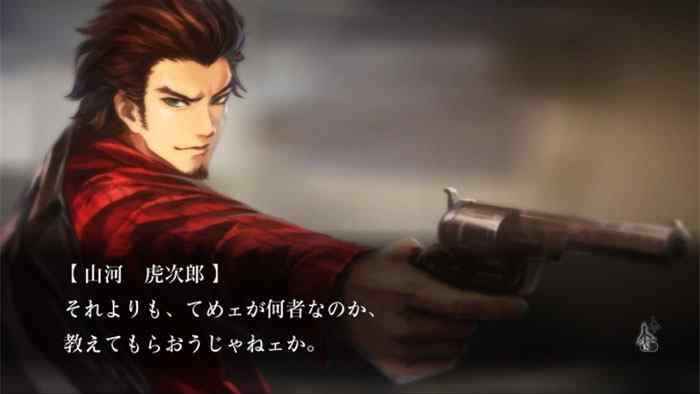 The other part of the game is a basically a strategy RPG where you are trying to defeat the ghosts. Before entering a location you are given the floor plan for the building, and you can lay traps and set decoys for the ghosts to go after. Doing this will help you once you try to defeat the ghosts by containing each one and guiding them to the best position for you to destroy it. Once you enter the building with your team you guide all of their moves for what you want them to do. When all of your team have their commands, everyone moves at the same time, including the ghosts! That is why combat is a bit tricky since you need to guess where each ghost is headed so that you can be one step ahead of them.

This portion of the game takes place on a simple grid with basic symbols representing your characters, the ghosts, and traps. When it does come time to attacking the game will zoom in and will change to a first-person perspective, revealing what the ghost looks like as you attack it – or it attacks you. You will usually have a set number of turns to destroy the ghost, or you will fail the mission, which adds a bit too much of luck into the equation. 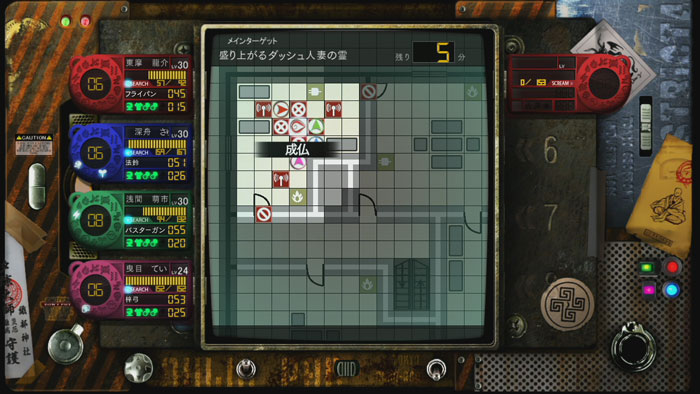 The game is gorgeous with beautiful art littered throughout it including some unique ghost imagery. One of my favorite ghosts was a demonic nurse that had needles for legs and uses an IV pole as it’s weapon. A lot of thought went into the design of each enemy, and you can check out ghosts you have seen at your main base online if you want to go back to marvel at them. The game’s music is great with a very fun and upbeat soundtrack – the songs over the openings and credits are great!

Tokyo Twilight Ghost Hunters Daybreak: Special Gigs features 53 trophies, including two Gold, eight Silver, plenty of Bronze and one Platinum trophy! The platinum is doable, but you would need multiple playthroughs (at leat two) to get all trophies, so you’re looking at dozens of hours before you can add this Platinum to your collection. 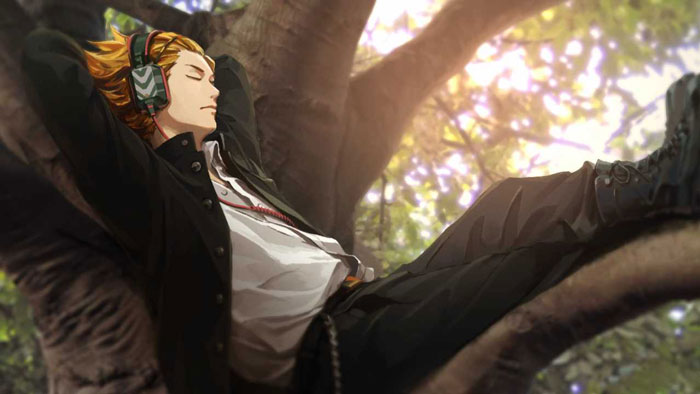 Tokyo Twilight Ghost Hunters Daybreak: Special Gigs is a neat game hampered by a lack of explanations of how things work. The visual novel parts are fun and feature some great characters. The actual ghost hunting part is cool as wel, but the game needs to do a better job at letting you know how it works. Other than that, I enjoyed my time with the game for this Tokyo Twilight Ghost Hunters Daybreak: Special Gigs review.


This Tokyo Twilight Ghost Hunters Daybreak: Special Gigs review is based on a PS3 copy of provided by Aksys Games.

Cladun Returns: This Is Sengoku! Limited Edition Coming To Vita And PS4