Root Letter is a visual novel game available on both the Vita and the PlayStation 4. In this game from PQUBE and Kadokawa Games, you are following Takayuki on his way to find back his pen pal. Interested so far? Then read our Root Letter review to learn more about this title. And fear since this review is spoiler-free!

In Root Letter (also referred to as âˆšLetter) you follow Takayuki, a guy who was pen pals with a girl named Aya Fumino. She stopped corresponding with him 15 years ago when he suddenly discovers that he had missed the last letter she sent. Upon opening it, he notices that something obviously went wrong, so he decides to move to the Japanese Shimane prefecture in order to meet her. I won’t go further into the story because that would spoil the game for you – since this game has such a great story, it’s something you ahve to experience on your own. 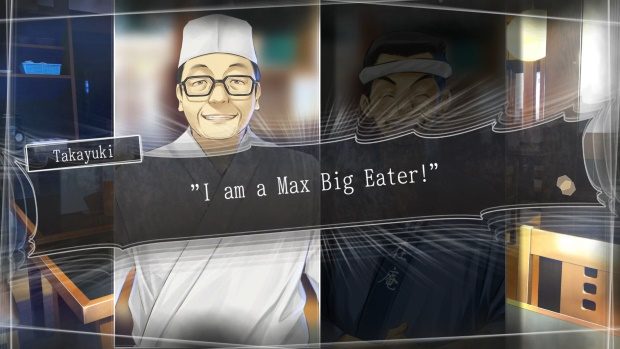 A quick word of warning, though: I was not sure if I was fully enjoying my time with Root Letter until the two hours mark when the mystery thickens. So if you’re interested in this game, be aware that it does get better after that point once the story fully unfolds.

The main gameplay consists of moving between the different available locations which are discovered as you progress through the story using your trusty Shimane guidebook. Once you’re in a location, you can use the different actions to trigger the story:

– Ask allows you to talk with the person in front of you.
– Check is a point and click mechanic with which you can discover clues in the environment.
– Inventory allows you to check and interact with items.
– Think is like a hint system at the beginning but is often required for the story progression.
– The Smartphone menu allows you to save and reload your game.
– Max Mode are quick-time events that happen at key points of the story and are easily the weirdest quick-time events I played in recent memory. 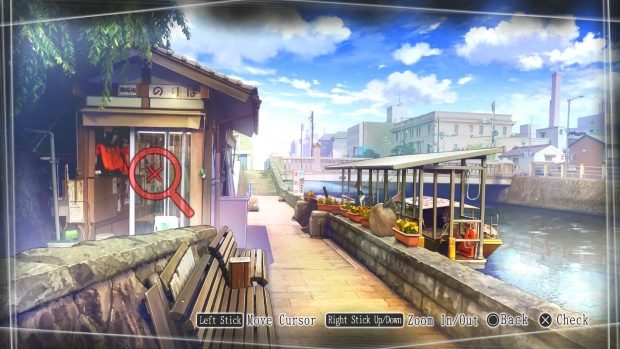 The visuals are mainly composed of static backgrounds representing the city you’re in, and then you have images of the people you’ll meet through the story on top of that. The graphics definitively don’t use the Vita to its full potential, but they are charming in their own way. This is a visual novel, after all, so this type of presentation was to be expected.

The soundtrack is great but won’t stay in your head after a long play session. I noticed a few typos which should have been fixed before the game was released – especially in a game where the text is so important. Root Letter is also fully voiced in Japanese, which is perfect given the game’s setting and context. 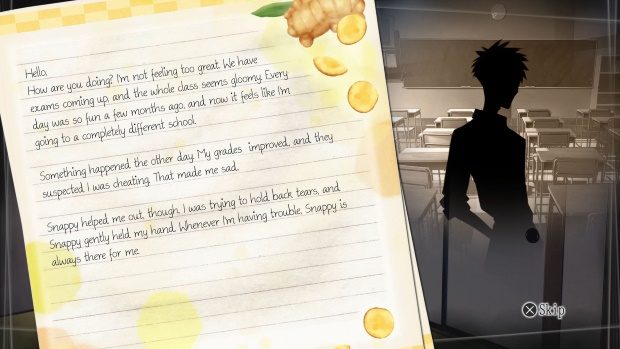 Final Thoughts
Root Letter is a great mystery game that seriously got me hooked after the two-hour mark once the mystery thickens. Completionists will also be happy to learn that there are five different endings which will depend on the choices you make during the last set of chapters in the story. If you’re a fan of visual novels then be sure to check this one out on PS Vita or PlayStation 4!


This Root Letter review is based on a digital copy provided by PQUBE LTD.

Are You Ready To Save Big On The Black Friday PSN Sale?