DOGOS from indie studio OPQAM is a shoot â€˜em up release on PlayStation 4 that sees the studio applying everything they learned from developing Project Root. Each level is setup as a small sandbox-style environment where you can move around in full as you please. Youâ€™ll explore each area as you destroy enemies both on the sky and on the ground, dodging their deadly attacks. Want to learn more? Then come read our DOGOS review to see if this is a game you should try!

Gameplay is split between the open world sections of a level and other on-rails sections where youâ€™re flying at a very high speed down narrow corridors. During the first type of sections you have a health bar to rely on, and you can refill it with health pickups you find after defeating enemies. The second type of sections? In there if you hit a wall you die. If you crash into an enemy, you die. If an obstacle gets in your way and you canâ€™t avoid it fast enough, you die. 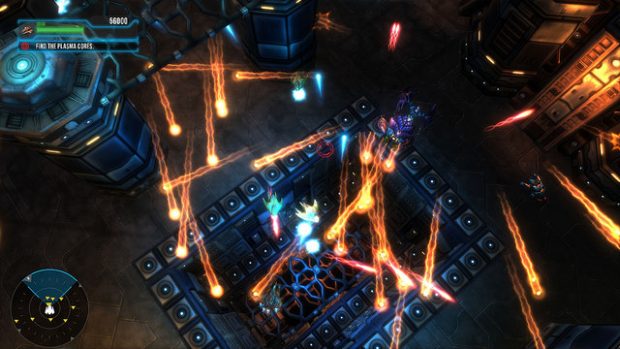 The first level in the game does a great job of showing you how each of these sections works, throwing you into an on-rails section during the first part of the level before it opens up into a larger area where you can fly anywhere. It will also teach you about shooting flying enemies and ground-based enemies, as well as teach you about pickups. After this, the game will introduce a special weapon you can activate with the L1 button when in trouble, which can change during a level if you grab a new temporary special weapon â€“ such as the very powerful laser that can only target flying enemies. 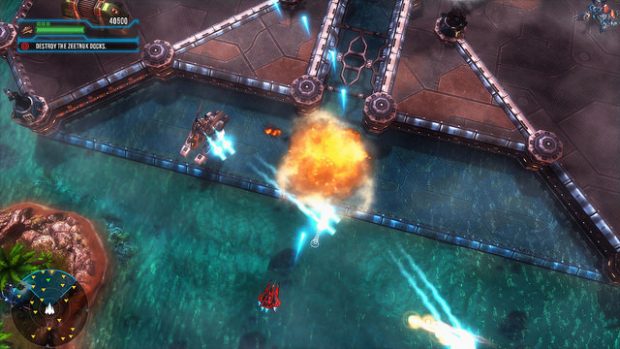 The game offers 14 levels in total, each with a main objective (get to the end, destroy ground based units, defeat the boss, etc.), as well as some secondary objectives for you to aim for. This greatly increases replay value since youâ€™ll end up replaying levels a few times as you try to get all three badges in a level â€“ theyâ€™re awarded for completing the secondary objectives. These can range from completing the level in X minutes or less, finding and eliminating an elite enemy in the level, or completing a level without losing any lives, to name a few. 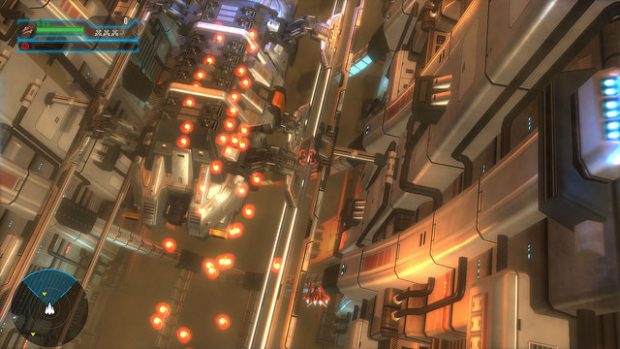 As you go, youâ€™ll unlock more powerful weapons to attack flying and ground-based enemies. For example, your regular weapon fires a single line of energy blast which do moderate damage on enemies. But once you unlock the spread weapon which adds another two shots at a 45-degree angle while also dealing more damage, you wonâ€™t go back. Another example is how you can go from the rockets for attacking ground-based enemies to unlocking a very powerful but slower sniper round that deals great damage to ground units, one shot at a time. 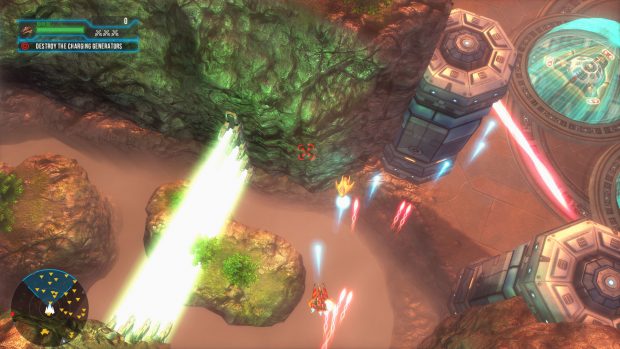 DOGOS offers four difficulty levels so that all players can enjoy the game. The higher you go, the higher the challenge youâ€™ll face, so be sure to pick the difficulty level that is right for you. Thereâ€™s only one trophy, out of fifteen in total, that is directly affected by the difficulty setting, which is good news. The bad news is that the trophy is a hard one since it is aptly named â€œThe Unbeatableâ€ since it requires that you complete the game in the highest difficulty rating. 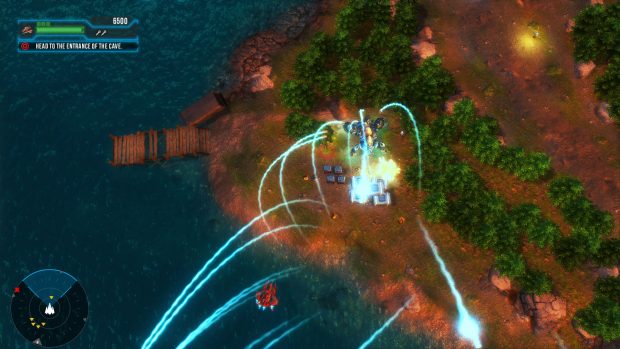 If youâ€™re a fan of shoot â€˜em ups you should give DOGOS a try. Itâ€™s a fun release that pays homage to the classics of the genre with a 21st-century coat of paint and some extra bells and whistles here and there to stand on its own. If you want to 100% the game, the secondary objectives will keep you coming back for a second or third run of each level â€“ not to mention for some areas you can try to complete levels by taking an alternative route to the end. It might not be a perfect game, but that doesn’t mean you can’t enjoy your time with it.