Rive is the swan song from beloved indie studio, Two Tribes. After working for many years on the excellent Toki Tori series, Two Tribes decided to create a fast-paced action game as their next, and unfortunately last, release. Is the studio going out on a high note? Read our Rive review to find out!

The game begins with players controlling a Spidertank that is working its way through a packed asteroid field. These space rocks are massive, so you are tasked with destroying anything in your way before it manages to damage you. If youâ€™re not careful, youâ€™ll end up dead in only a couple of seconds. A tutorial stage this is not! Youâ€™ll move your Spidertank around with the left analog stick while you aim and shoot with the right analog stick. You can jump with the L2 button, and can double jump if you press the button again. Youâ€™ll be able to hack things with the beam you can activate with the L1 or R1 buttons, and this will open doors, power-up portals, and allow you to hack the robots youâ€™ve found a vulnerability for. 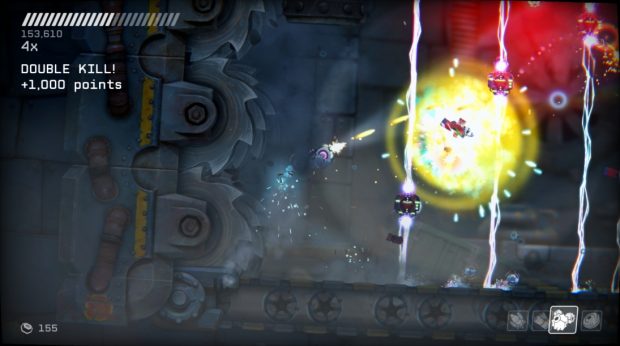 Your first hour with the game will give you a good idea of how things work and what you can do with your robot. Youâ€™ll be shown how everything that moves can and will be deadly if not destroyed. The game will also show you about teleporters and upgrade stations. The first one will allow you to teleport around once you find more than one teleporter. The second one will allow you to use the in-game currency to upgrade your Spidertank with new weapons and boosts. It is here that youâ€™ll learn that you can press the R2 button to unload the special weapon you decide to buy – as long as you found ammo for it. 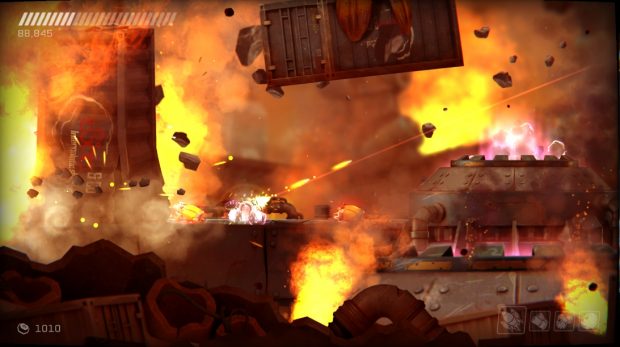 Rive will not hold your hand. Sure, itâ€™s very helpful with its checkpoint system, but youâ€™re going to die in this game every step of the way. A lot. Just when you think itâ€™s safe to go ahead, a laser field might pop up and force you to retrace your steps. Or you might be trapped in a room with dozens of enemies popping out from all over the place while trying to avoid being destroyed by the spinning blades on the sides of the room. Or you might enter a room that seems to be empty only to be swarmed by a horde of bots that will crash into your Spidertank if youâ€™re not fast enough. 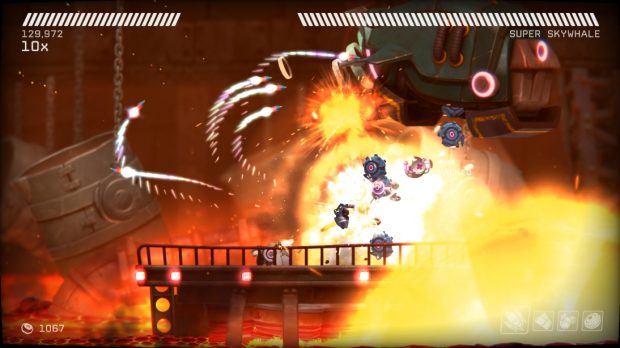 Even though the game could technically be called a Metroidvania, itâ€™s split into missions for your convenience. At the end of your mission, your total score will be uploaded to the leaderboards so that you can see how good you really are when compared to everyone else. 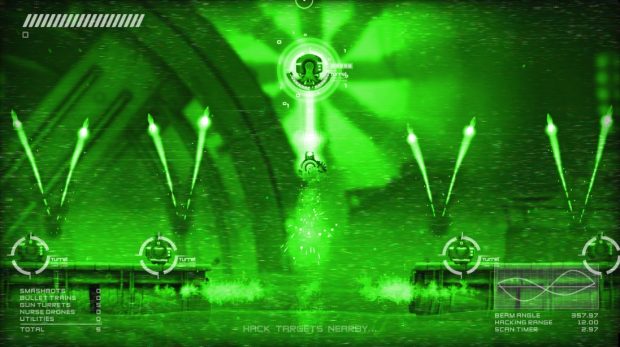 The game might be short, but thereâ€™s a lot of replay value in it if you want to get all of its trophies, including what will surely be a very hard Platinum trophy. For the main game, you can expect to be done in 4-6 hours, and since youâ€™ll need to replay it here and there to get the rest of the trophies, you better learn what the game has to throw at you! I loved Rive, and hopefully, you give this one a try! 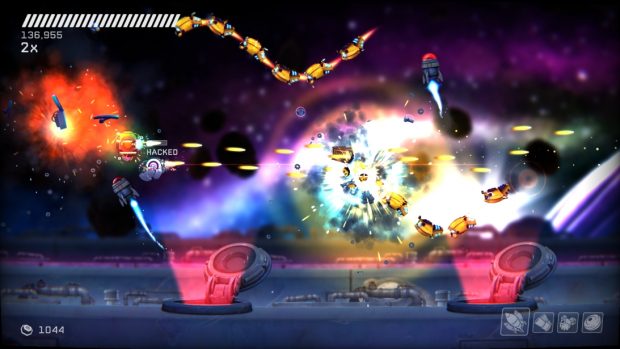 Disclaimer
This Rive review is based on a PS4 copy provided by Two Tribes. 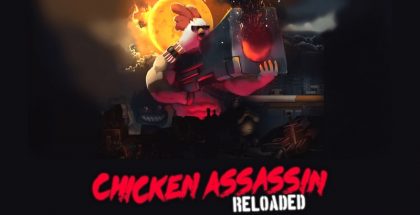 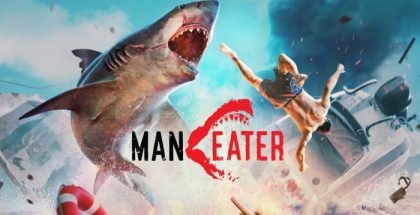 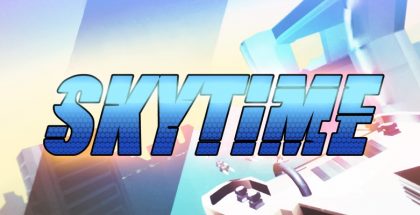