Sheltered from developer Unicube and Publisher Team17 is a survival game set in a post-apocalyptic world, and itâ€™s available on PlayStation 4. This release exists thanks in great part to a successful Kickstarter campaign that allowed Unicube to secure the funds needed to release the game exactly as they wanted to make it. Are you ready to do everything you can to protect your family? Then come read our Sheltered review!

In this barren world, youâ€™ll need food, suppliesâ€¦ and a safe place to live. Luckily you find an abandoned shelter that will allow you at least have a shot at surviving. The problem is that pretty much everyone else also wants to have that shelter of yours. So not only will you need to scavenge for supplies in this dangerous world, youâ€™ll also need to dispense of any potential enemies. Anything for your family, right? 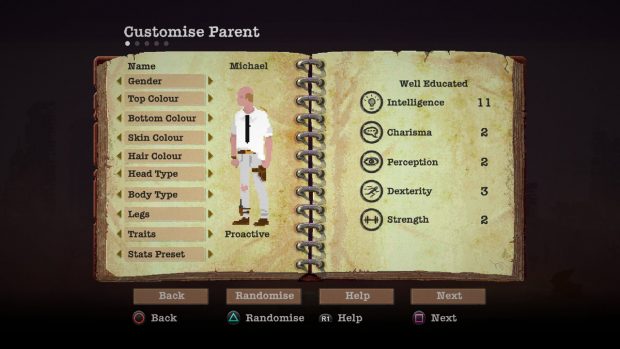 The first thing youâ€™ll need to do in Sheltered is customize your family. You will have two adults and two children, and will be able to set their traits and stats. These will in turn help to govern how a character behaves â€“ some who is strong will have an advantage during melee combat. Along with strength you have dexterity which determines if your attacks will hit during combat and if youâ€™ll be able to flee from a fight; intelligence which affects your recruitment attempts â€“ a higher stat greatly increase your chances; charisma affects your trade attempts and will determine if youâ€™ll get better trades from the NPC you find in the world; and then we have perception which has a big impact on your search at each location as it sets the odds for actually finding something. As you play the game each character will gain experience points to improve their stats – doing well in specific interactions will also yield a boost to the stat that is required for said interaction as well. 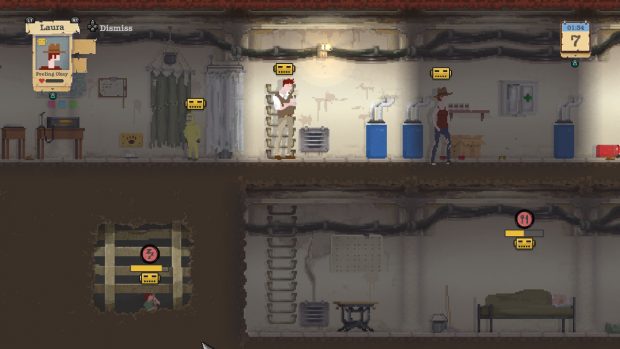 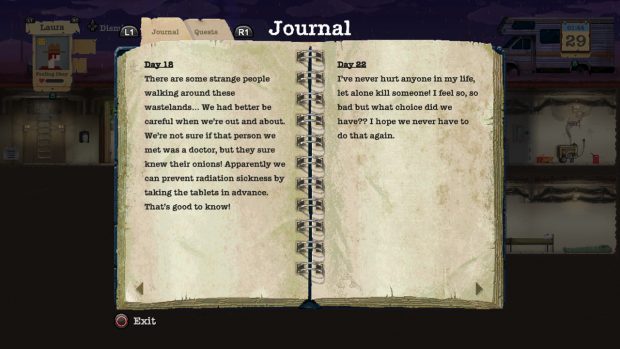 You can also set your familyâ€™s name, the name of your pet and the type of pet you want to have with you in the shelter. This last element is important since each pet has an effect or bonus you can take advantage of. You can, for instance, select a horse to travel through the wasteland at a faster pace â€“ the problem being the horse is a big eater and will require three portions of food each day. Or perhaps you want a dog that will increase perception during expeditions â€“ the dog only requires that you feed it every day. Or maybe youâ€™re someone who wants small but trusty goldfish in the house â€“ this one will greatly reduce the whole familyâ€™s stress, but you will need to feed it, clean its space and feed it every day. 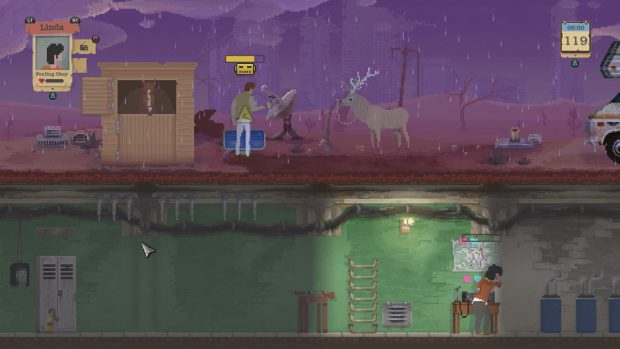 I highly suggest that you play the tutorial so that you can get a feel for the game. Jumping into the main portion of survival will be a harsh lesson if you decide to skip the tutorial! Thereâ€™s plenty to do in the game other than setting up expeditions to look for food and supplies. You can pretty much upgrade everything in your shelter, from its doors (so that theyâ€™re stronger and give you more time to prepare for an attack, to its radio (to improve the odds of attracting someone to the shelter and lowering the time it takes for you to scan frequencies) and everything else below the ground.

Thereâ€™s a lot to learn in the game, and mentioning it here would greatly spoil the experience for you. This is a very deep game that requires a lot of effort and preparation, but it is well worth it. Just to give you a taste of what to expect, let me briefly discuss the work bench. One of its options is to dig a grave in the surface. Why is this important? Because if one of the people in the shelter dies, having the body lying around will make family members suffer trauma, which you clearly do not want to happen. So burying the body in a proper grave will keep this from happening.

The game includes a Platinum trophy, but due to the nature of this release, there are several missable trophies. If you do things right and manage to secure most of the missables during your first run, you can probably hit that Platinum in around 15-20 hours â€“ give or take an hour or two. The trophies in the game are split between eight Gold, eight Silver and eight Bronze which is nice considering most releases just go for having a ton of Bronze trophies in their lists. 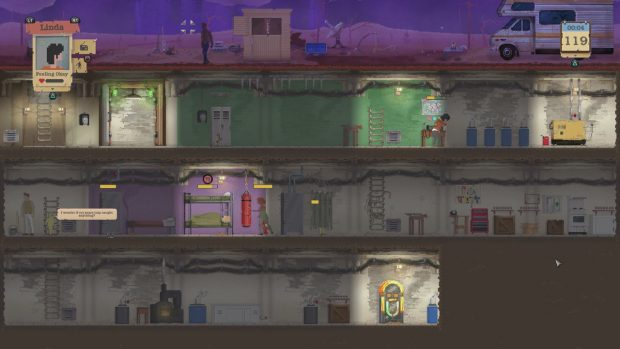 I had a lot of fun with Sheltered. Its micromanagement system and post-apocalyptic setting were very appealing and made this a great survival game. Thereâ€™s plenty to do in this one, and youâ€™ll end up having to do several runs to survive long enough for you to get all trophies in the game, so it definitely has a lot of replay value. I hope my Sheltered review has shown you if this is the type of game for you to add to your PlayStation 4 collection!

[review
pros=”Fun premise.
Lots of tension and danger to keep you focused.” cons=”Gameplay mechanics are not for everyone.” score=81]

Disclaimer
This Sheltered review is based on a PS4 copy provided by Team17.