WayForward is a studio known for developing the wonderful Shantae series. They’ve also worked on dozens of other projects with franchises such as Ducktales, Bloodrayne and Adventure Time, to name a few. A few years ago they took Shantae: Half-Genie Hero to Kickstarter with a goal of $400,000. They successfully blew past the goal, thus greatly increasing the scope of the game. This, unfortunately, meant that the game would end up being delayed several times until it was finally released during the end of December. Was the wait worth it? Come read our Shantae: Half-Genie Hero review to find out!

Shantae is Scuttle Town’s resident belly dancing, hair whipping half human, half Genie guardian. She can belly dance to transform into magical creatures, and uses her powers to keep the town safe. One faithful night Shantae wakes up after dreaming of looming danger to her world and the Genie realm. Shantae must rally up her allies – recurring characters such as Bolo, Sky, Uncle Mimic and more – as she takes on the many enemies in her path… including her nemesis Risky Boots.

Shantae: Half-Genie Hero offers five huge areas to explore, and they are jam packed with secrets to find. As you progress through this gorgeous 2D platformer and unlock more upgrades and abilities you can go back to previous areas and find other secrets that you couldn’t previously access, which is why this one ends up being cataloged as part of the “Metroidvania” genre. 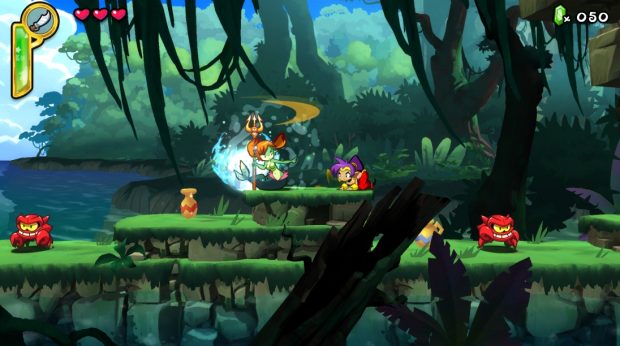 Gameplay is as incredible as ever, and the controls are perfect. Shantae will come across many deadly hazards during her quest, so players must be quick to react to things such as, say, disappearing platforms or the cannons that aim to defeat her. You’ll run, jump, slide and whip your way to the boss for each area, collecting money and hearts to replenish your health as you use the generous amount of checkpoints to your advantage.

There are some light puzzles to solve as well. For example, there is a section that is blocked off until you know the sequence required to progress. Others require a bit of trial and error as you go so that you can learn their secrets. The difficulty of the puzzles goes up every now and then as you go, but they’re never frustrating or hard to complete. 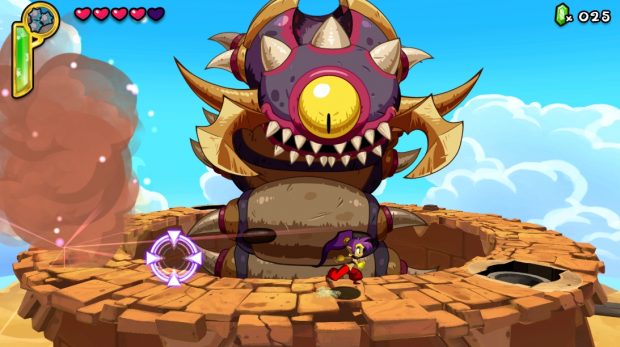 Trophy hunters will be happy to learn that Shantae: Half-Genie Hero includes a Platinum trophy for their efforts… and a challenging one at that! There are trophies for story progression, for completing specific objectives, for collectibles, for speed-runs… you name it! If you’ve played the last two Shantae games on PS4, you now what to expect from this one trophy-wise. 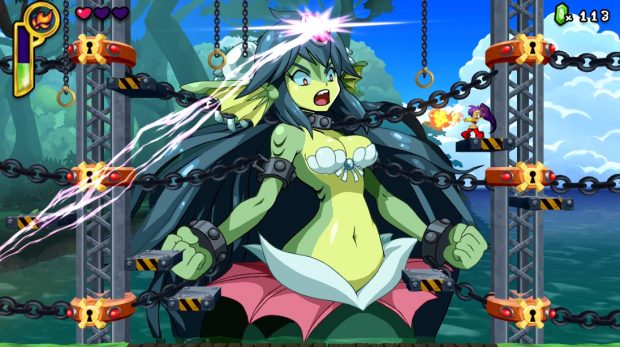 WayForward clearly took their time to complete this one, but in the end, the wait was worth it. The game is fantastic, and a lot of fun. The graphics are colorful, charming and vibrant, showcasing a very high level of polish. You feel like you’re playing a cartoon! Something else worth mentioning is that the music from composer Jake “Virt” Kaufman is excellent, as always, perfectly complementing the action on the screen. I highly recommend that you get this one today. I had an absolute blast playing it for my Shante: Half-Genie Hero review and I’m sure you’ll enjoy your time with the game from the moment you play the opening sequence!

PS3Blog.net Is Now On OpenCritic!