Gurumin 3D: A Monstrous Adventure is a release based on the original release for the PSP. This classic from developer Nihon Falcom and publisher Mastiff has now found a new home on the Nintendo 3DS, giving us a faithful port that makes excellent use of the portableâ€™s 3D effect to make everything pop. Want to learn more about this outstanding portable action game? The read our Gurumin 3D: A Monstrous Adventure review!

You play as a young girl called Parin who goes to live with her grandfather in a small mining town while her archaeologist parents are away on an excavation trip. Parin helps a young girl who was being cornered by a dog, which seemed a bit odd. She soon discovers why the dog didn’t like the girl: she is actually a monster! Monsters are completely invisible to adults, so only young children like Parin can see them.

Parin soon learns about the legendary drill, a powerful weapon that is hidden underneath the village. The drill is powerful enough to defeat the phantoms, and Parin’s must reclaim the drill and rid the world of the hideous fiends once and for all. Gurumin 3D is an action RPG that may look simple but is actually quite deep as you will discover as you play through the game. 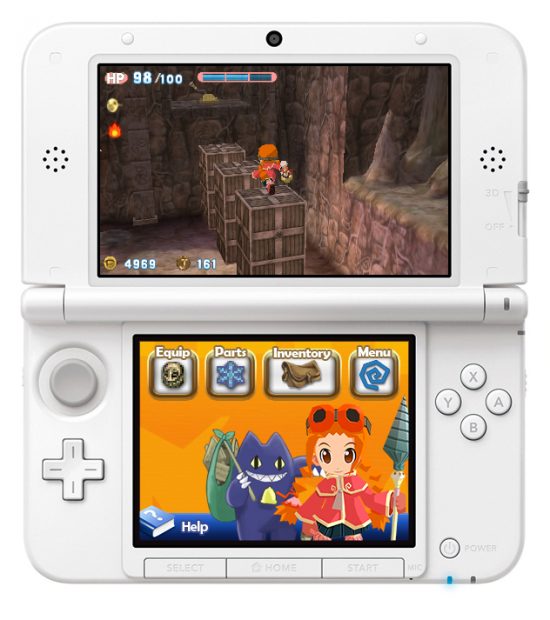 You can attack the monsters with your drill using the A button, and if you hold down the A button you can destroy the environments around you for some bonus currency or pen new paths – be on the lookout for walls that can be destroyed and that might lead to treasures! Throughout the game, you can learn special moves and special attacks. You can also buy parts and accessories for the drill to upgrade it, but I’d hold off on that for a good while as they are REALLY pricey! But play the game long enough, and youâ€™ll rack up the money you need to make a difference. 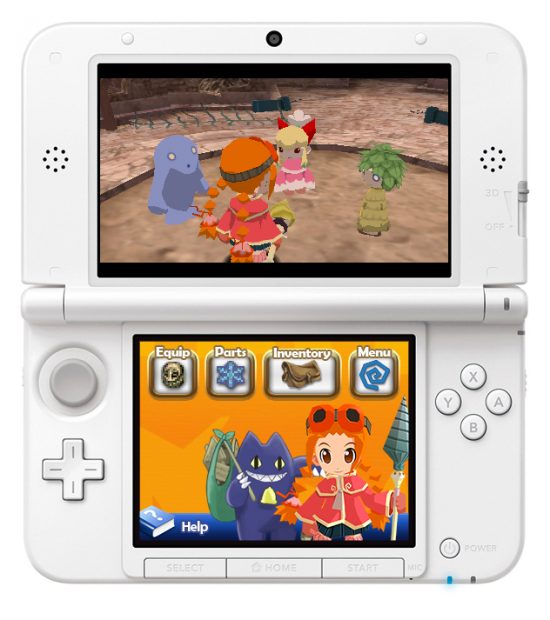 Parin can visit various areas of the monster world. Each area will take you approximately 15-20 minutes to play, which is perfect for a portable release. As you explore each level, you can use your drill to break stuff to find money or junk. You can trade junk at the town in exchange for upgrades, and they will greatly help you on your quest! As you complete each area, youâ€™ll start to unlock new locations â€“ those that were previously covered by a dark mist. 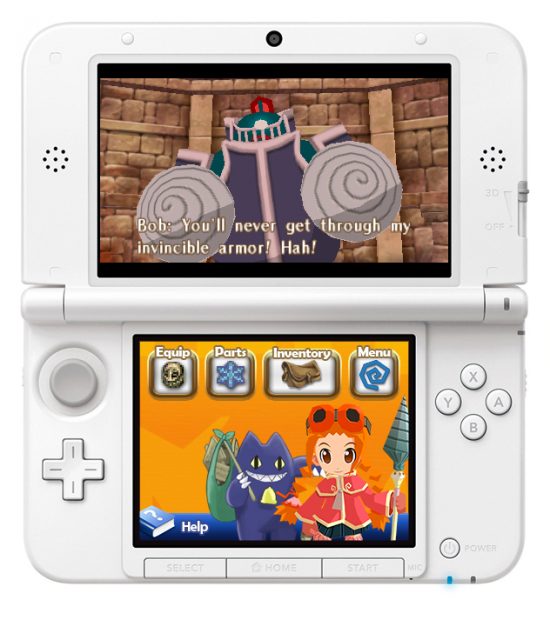 Each level has a few simple puzzles to complete. These include things such as standing on plates to make a box appear so that you can push it to a door plate to open a new path for you. This is just an example of a puzzle you can expect, and as you can see, they wonâ€™t be too taxing. Another example of a puzzle is one where you find a huge gap you canâ€™t jump across â€“ the solution being using your enemies to get across! 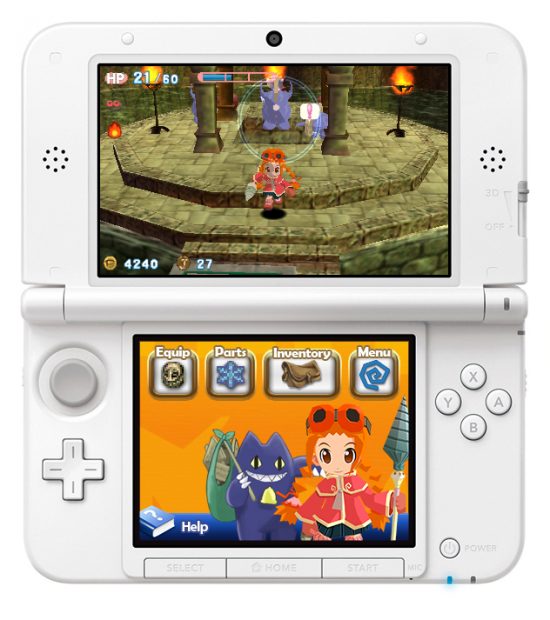 Despite this being an action RPG Parin does not gain levels or increased stats. But you can buy her new stuff and upgrade some of her gear. For example, you can give her some headwear that will grant some boosts â€“ youâ€™ll make the most of the pair of Goggles she gets early in the game! And, as mentioned before, you can upgrade her drill by buying new parts which will give you access to elemental effects and combos. 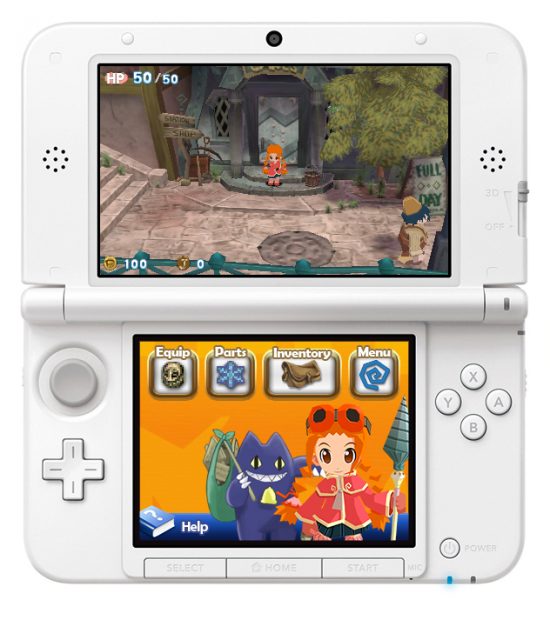 Overall Gurumin is a fantastic and really fun game. The graphics look great on the 3DS â€“ especially so thanks to the 3DS effect from Nintendoâ€™s portable console. Thereâ€™s a nice variety of enemies to defeat, plenty of areas to visit and lots of puzzles to solve. There are several hours of content in this one, and youâ€™re going to love every minute of it!

Disclaimer
This Gurumin 3D: A Monstrous Adventure Review is based on a 3DS copy provided by Mastiff.