Xenoraid is a new space shooter adventure from 10 tons, who has given us some games I really liked, such as Baseball Riot. In this game, you must destroy enemy ships using your crew and the upgrades available. Read our Xenoraid Review to see what we thought of this release!

Xenoraid is an exciting shooter game with classic action and modern features. Intercept the alien threat in missions that play out differently every time. Pilot skillfully to line up devastating bursts of fire. Switch between four fighters during combat to bring in the best weapons for each situation. Upgrade, repair and enhance your squadron between missions. Bring down huge alien capital ships in hectic boss fights. Put your skills to the ultimate test in three endless survival missions with online leaderboards!

Xenoraid is a space adventure in which you must destroy enemy ships as you progress through the five different sectors the game has to offer. Each of the sectors is separated into levels which gradually increase in difficulty. Also, each time you finish a set amount of levels you get to a checkpoint which will allow you to restart from there if you end up dying in a level.

Since Xenoraid is a vertical space shooter, you can only shoot upwards, but since you can tilt the axis of your ship, you can effectively cover a wider area in front of you. In each level, you have four fighters available, and you can switch in real-time by using the corresponding X, Triangle, Square or O button. You start each sector with a default roster, and as you progress through each area, you’ll be able to purchase upgrades and better ships. 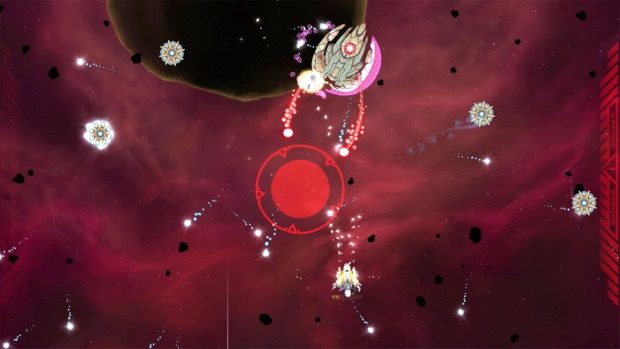 Speaking of the purchases, you’ll gaing some credits after completing each level. Credits can be used to repair your ships (and you WILL need to repair them after each level), enhance them, or you can even recycle a ship (getting a few credits back) to purchase a new one, but this is a costly option. Sector upgrades can also be purchased, but they must be purchased again when moving to a new sector.

The difficulty of this game felt well balanced and gradually increases as you make your way through the first levels of a sector. Those who love space shooters will be happy to learn that while this isn’t a hard game, the difficulty isn’t casual either. A great feature game is that the levels are dynamically generated meaning that each run will be different from the previous one. 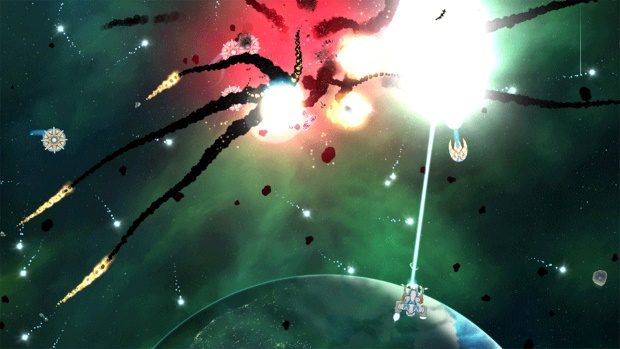 Final Thoughts
I liked playing through Xenoraid and definitively recommend it to gamers looking for a good space shooter experience with the option for a lot of customization for your crew. The difficulty was fair, and I think it’ll please fans of the genre. It also contains a Survival mode which throws enemy ships endlessly at you. Oh, and purchasing this game nets you both the Vita and PlayStation 4 versions!


This Xenoraid review is based on a digital copy provided by 10tons Ltd. 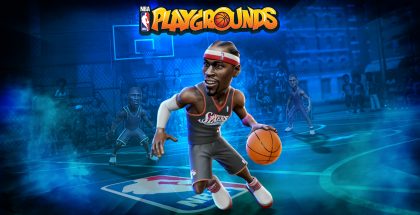