Exile’s End from Magnetic Realms and publisher XSEED Games is a Metroidvania with an old-school look that will certainly grab your attention. You are sent on a mission to investigate what is going on at a mining location. Care to learn more about this one? Then read our Exile’s End review!

As expected, things go terribly wrong right from the start, and the ship you were traveling on ends up exploding. Crew members manage to hit the escape pods, as does the main character, and everyone ends up crashing into the planet. As you exit the escape pod, you realize that your suit isn’t powered on and you have no weapons you can use to defend yourself. 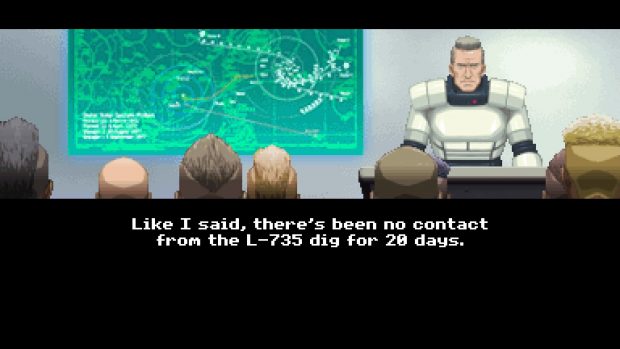 At the start of the game, you’ll need to be very careful of falling from a great height as it will end up damaging you. Once you find one of the other escape pods, you’ll be able to upgrade your suit to add some shock resistance. Oh, and speaking of things that are bad for you, be sure to stay far, far away from spikes. Spikes are deadly and will instantly kill you. Luckily the game autosaves every time you enter a new area, so you’ll never need to backtrack too far. 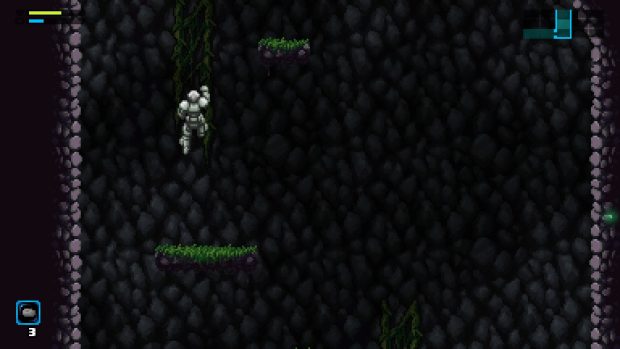 As you explore the planet, your map will autocomplete, thus letting you know where you’re going and where you’ve already been. You can press on the Touchpad of the DualShock 4 to access your map in case you ever get lost. Each area has a separate map so that you can quickly realize what spots warrant your attention as you enter a new location or revisit an old one with some new gadgets. 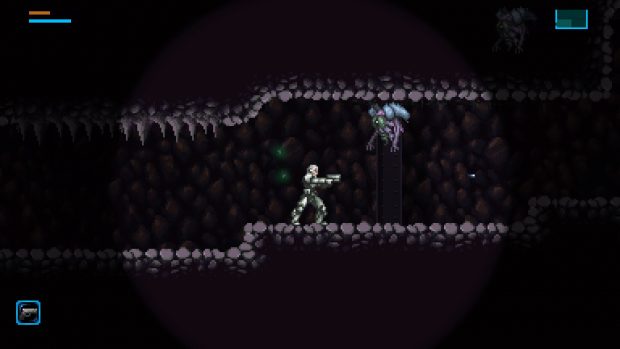 As for the game’s controls, you move around with the D-Pad or left analog stick. You can interact by pressing up or crouch by pressing down. The Square button allows you to use an item, and you can cycle between items by pressing the L1 and R1 buttons. The Triangle button uses your grenade, while the X button is for jumping. Finally, the options button will open up your menu. 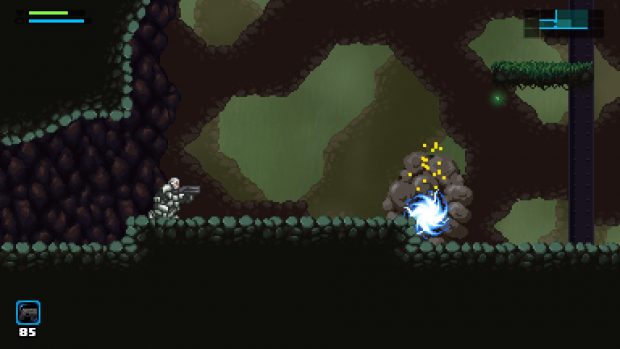 You’ll spend roughly 10 minutes exploring the area before you can find your first weapon: rocks. You’ll be able to grab two of them deep inside of a cave, and you should take good care of them since they’re all you’ll have for a while. You could spend around 30 minutes of gaming time with nothing else to defend yourself! So be sure to grab a rock after you’ve thrown it to attack an enemy or to hit a switch – you don’t want to run into a situation where you certainly need a rock, but you have none on you.

The game does not hold your hand, and if you’re not careful you might skip a powerful weapon early on that will leave you at a big disadvantage against the powerful foes you’ll run into in the game. Slowly explore each area, and if you find that you’re leaving behind small spots on the map that you haven’t visited, stop and return to a previous section in an area. You might be skipping on some grenades that can deal massive damage or on a first aid kit that can save your life! 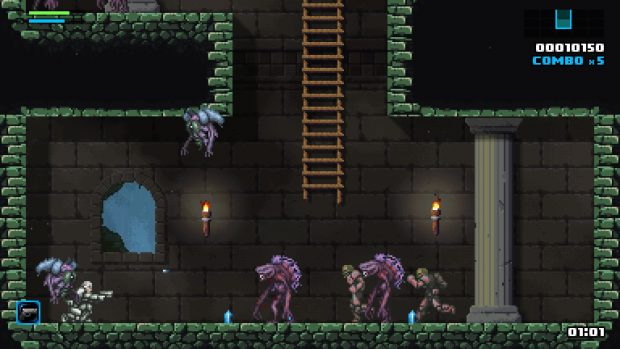 The game can be completed in around 6 hours or so, making it a good size for a Metroidvania entry. And if you’re a trophy hunter, you’ll need to complete the game in less than three hours, which is a solid challenge considering the game’s nature. Speaking of trophies, no, this one does not include a Platinum trophy. It does, however, feature two endings, so between that and the speed run trophy, you’ll certainly be spending a solid chunk of time with this one! 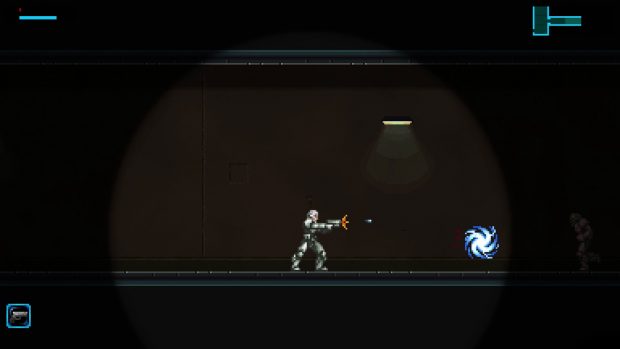 I enjoyed playing Exile’s End on PlayStation 4 as it certainly reminded me of old-school games from “back in the day” and scratched that particular “more Metroidvania, please” itch. I highly recommend you get this one on PS4, especially if you’re looking for a game that will not try to over-explain things or to make your journey an easy one. If you want a challenge, this is the one for you.

[review pros=”Great take on the Metroidvania genre.
Solid art style.
Plenty of challenge.” cons=”Difficulty might be too much for some.” score=83]

Disclaimer
This Exile’s End review is based on a copy provided by XSEED Games.

Knee Deep Out Today On PS4

Persona 5 – Are You Ready For Chihaya Mifune? 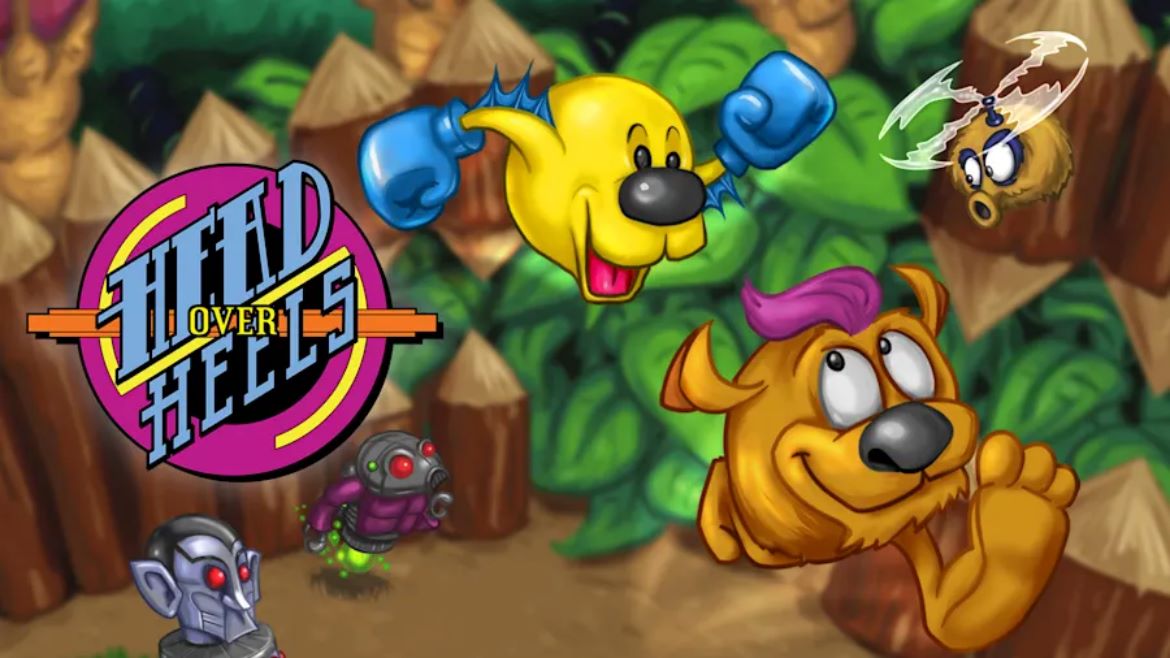