Sweet moves, cool weapons, and an entirely new way to play a Dynasty Warriors game? Sounds like somethin I’d definitely want to try! Come check out our Dynasty Warriors: Godseekers review to see if this new take on the beloved series is worthy of your time and money!

The Three Kingdoms story that was never told.

A simulation RPG set in the world of the ‘Dynasty Warriors’ series, starring the youthful Zhao Yun, famous for his loyalty to duty and his sincerity, and depicting alternate stories like that told in the ‘Romance of the Three Kingdoms.’ Enjoy the thrill of destroying numerous units with a single blow.

For 4 weeks after game release, this product contains the following bonus DLCs.

Dynasty Warriors: Godseekers is a new game in the long-running Dynasty Warriors franchise which aims to shake up the series by completely changing the main mechanics. Instead of this being a traditional hack and slash game with light strategy elements on a big open board, Godseekers uses a Strategy RPG system. If you wanted to sum it up, it would be kinda like Dynasty Warriors and a bit of the finesse of a game of chess. Very different from the usual, right?

The game now focuses on the strategy RPG mechanics and approach we’ve seen in games such Final Fantasy Tactics, Fire Emblem or the battles of Rainbow Moon. I’m usually not huge into to SRPG, but I did enjoy Rainbow Moon quite a bit, so I was looking forward to giving this a try. 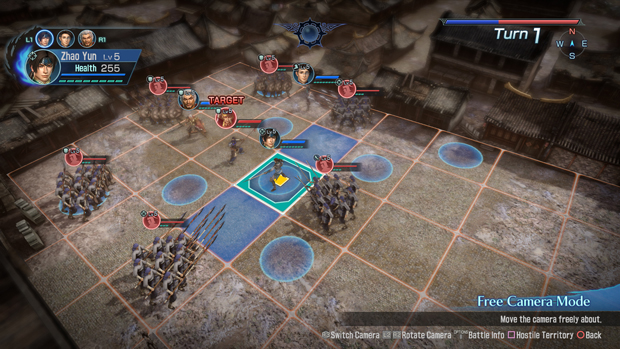 If you line up your attacks just right, you will build up the Syncro Charge. Once you fill it up you can combine the characters on the field for an even stronger attack that will take out most enemies. The direction from which you attack your enemies will also influence how much damage you will do.

I picked this up very quickly which is great since I don’t have a lot of experience with the genre, but I did feel it got too easy pretty quickly. I fear for more seasoned players of the genre the gameplay will feel a bit repetitive. 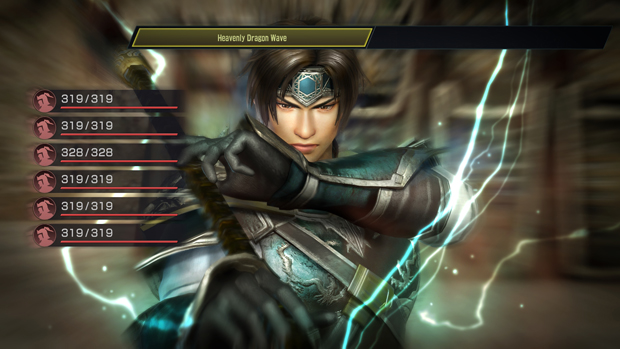 The game’s story gives this one the general Dynasty Warriors feel. It starts off with you visiting a shrine with a friend looking for someone and spirals out of control. The game has ten chapters for you to play and some side stuff to take care of – it will keep you busy for a while.

I guess my big issue with the game was the seemingly lackluster graphics. With other Dynasty Warriors games, I usually give them a break on the graphics due to the sheer volume of enemies the game has to render on screen. You normally can have hundreds of enemies to battle at once, so I expect some sacrifices in the overall look of the game. Godseekers never has that much going on, so I would have loved some more attention to the graphical details in the game.

The game does have a Platinum trophy. As with most Warriors titles, the trophy list will be a bit of a time sink as you need to beat the game twice and spend a considerable amount of time as you save money, obtain weapons, and level up your characters. 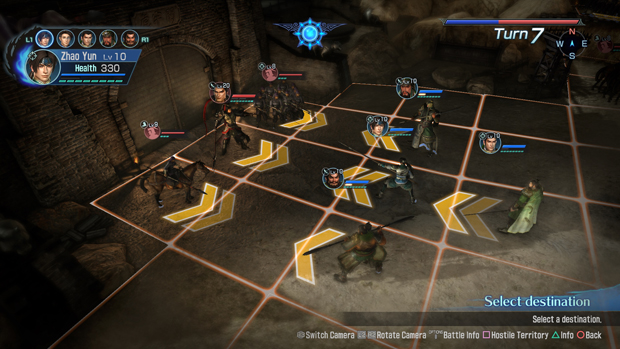 I really wanted to like Godseekers as I appreciated the chance they took on giving us something very differnt for a Dynasty Warriors title. While I found the game mechanics fun, I think most players will find the options presented lack depth. The game looks solid on Vita, but it should have looked better as the hardware is not running as hard as it would for a proper Dynasty Warriors game. If you are looking for something different and are a fan of the Dynasty Warriors franchise then you should certainly give this game a shot.


This Dynasty Warriors: Godseekers review is based on a PS Vita copy of provided by KOEI TECMO America.