Torment: Tides of Numenera is a single-player isometric RPG. The game is set very far into the future, in an era where civilizations have fallen back to a medieval-like stage. Humanity lives in settlements rather than the huge clusters of cities that once existed. The current age in the game is called the Ninth World because eight ages have already risen and fallen into ruin. The scholars spend their lives researching age-old artifacts to discover what happened and why. The artifacts are known as Numenera and represent what is left of the science of the past civilizations.

You play as the Last Castoff, the final vessel of consciousness which has the ability to leave bodies to be reborn in a new one – yes, you are immortal. Each time a castoff is reborn, they leave behind all their memories and knowledge of their previous existence. The NPCs in the game refer you as the ‘Changing God.’ Turns out there is an evil entity that chases you and seeks to destroy you – said entity is known as ‘The Sorrow.’ Your goal is to find other castoffs, and that means lots of exploration!

Upon booting the game for the first time, you will enter the tutorial part of the game. Your choices and decisions shape the kind of character you play, and you can, of course, alter the decisions the game makes for you if you wish. The tutorial and character creation aspect were very interesting, and I can see some players starting all over to get something completely different. 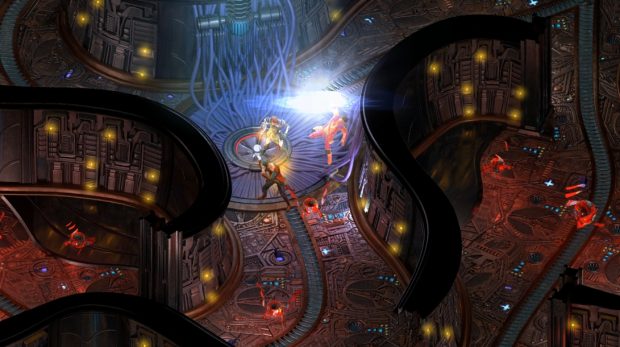 One of the most important mechanics in the game are Tides – this acts as your moral compass and represents your reactions during decision making. Each tide has a particular color, and the colors of the tides depend on the decisions you make. Gold if for the best decisions, I suppose this encompasses the most morally correct decisions. Then there is blue, purple, and other colors, each one representing the tides of the different choices you make.

Another mechanic in the game is Effort, which are your stats for might, speed, and intellect. You can increase your stat pools as you progress and spend points to increase Effort chances. For example: if you look at some machinery and you want to extract something from it, an Effort dialogue choice will appear in white – this is your opportunity to manipulate the technology to your advantage using Effort. At the bottom of the screen, there will be a bar with a percentage which dictates your odds of failure. You can try to increase your chances before pressing the action button, and if you’re successful, a mark will appear. You can do this to manipulate a dialogue with an NPC as well. Pretty cool system, right?

Using this method obviously depletes your stat pools and this is where Cyphers come in. You can find them as you explore or gain some from completing quests. Using Cyphers refills your stat pools, or you can use them to refill your health meter. You can also use the Effort system to talk your way out of trouble in combat, so you have choices of play style, combat, or talk – that is if you succeed. So balancing things between using Effort and making the most of your Cyphers is a must. 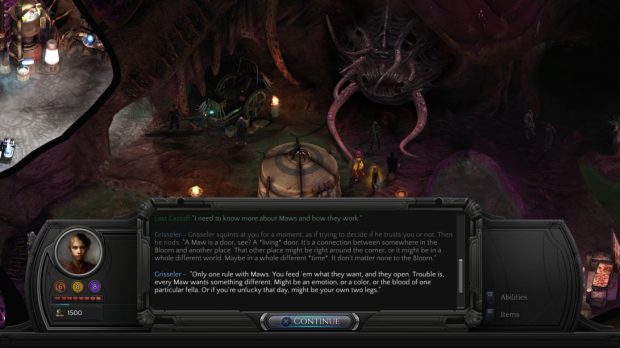 Combat is very interesting in Torment: Tides of Numenera. First, you have Tussles which are small combat situations that are more like skirmishes. Crisis are major encounters, usually involving a boss, and there are multiple ways of dealing with Crisis encounters.

You can use brute strength, or you can be smart and try and talk your way out, but success will depend on your stat pools. If given the options, you can manipulate the successes of your conversations, but make sure you have plenty of Cyphers before attempting to do so.

You can also use your Numenera skills. Whatever you choose will affect the outcome of the game. Torment is the kind of game in which you will continuously discover new things as you play. There is no right or wrong way to play the game. You can play the game as you see fit. Deal with combat situations as you see fit. Make dialogue choices that make you the most comfortable. 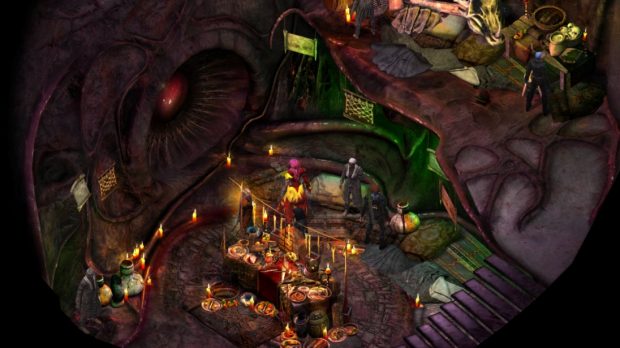 And yes, dialogue is at the core of the game. Every conversation is lined up with choices for you to make. Some have two while others will have five, six or even eight different choices! The conversations tend to be quite deep, and the choices of dialogue you get reflect that. It’s kind of like an interactive novel if you will – a riveting one. I was absolutely fascinated by it during my playthrough and kept playing to learn more about this universe.

You will meet and recruit companions that will join you on your quest. You can have a max of three companions in your party. They are completely optional, and you can do whatever you like with companions – you can sell them to slavery if you wish! Your actions could also force them to leave your party if they are not happy with how you’re carrying yourself. There are also side quests available that are unique to each companion. As you can see, there is plenty to do and explore with the NPCs in your party. I lost two of mine while playing for this Torment: Tides of Numenera review – guess they didn’t really like me! 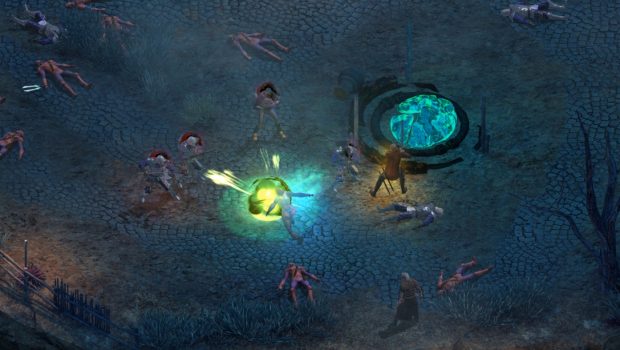 Torment: Tides of Numenera is a huge game with a lot to discover and do. I have enjoyed the game very much after dozens of hours playing it, and it’s certainly shaping up to be one of the best RPG for 2017. The game oozes depth and has a lot of replayability. The best part is there is a Platinum trophy too, but given the game’s nature several of them are missable. There’s some that are story-related, but for trophy hunters, I do believe a trophy guide will be a must – not to mention a huge time investment in the game! After finishing my Torment: Tides of Numenera review, I’m sure I’ll continue to play the game as I unravel its story and lore, and I highly recommend that you purchase this game on PS4. It’s an early contender for GOTY 2017 that you have to try! 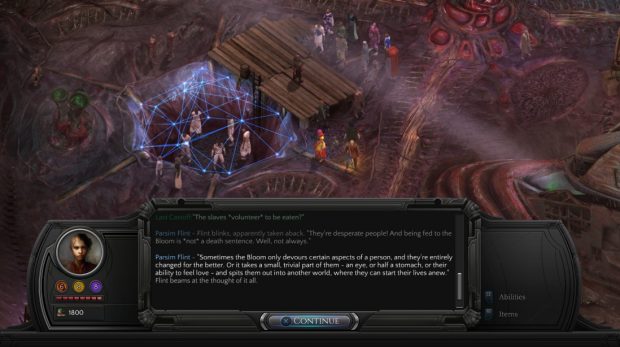 Disclaimer
This Torment: Tides of Numenera review is based on a PS4 copy provided by Techland Publishing.