Cursed Castilla is a fun, polished and addictive 16-bit retro style game – once you start playing it will be hard to stop! This one will appeal a lot to older gamers who used to play games like this one back in the day – remember Ghouls ‘N Ghosts and Super Ghouls ‘N Ghosts? Come read our Cursed Castilla review to see if this is the right game for you!

As the game starts, the King sends you and a small group of knights to rid the Kingdom of all evil. Apart from that short cutscene with the king in his castle, and a short interaction later in a level with another character, there’s no more story in the game. This one is all about the gameplay. The game is in a 2D format so you can move left or right and climb, but you can’t double jump – unless you find the necessary item! Along the way levels are packed with treasure chests that you can loot, you will get new weapons or power-ups to help you, things such as extra time and a magical fairy to aid you. 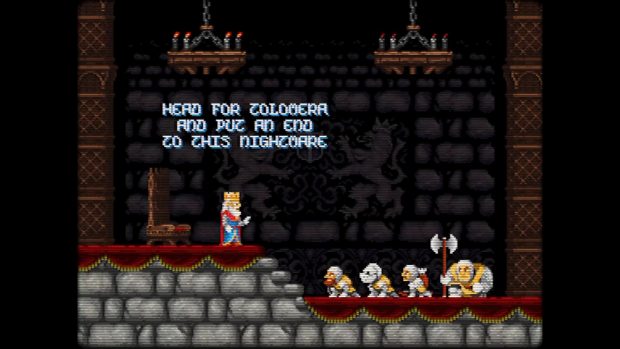 Gameplay is simple and easy to pick up as it was in the good old days where complicated control schemes did not exist. You move, you jump, and you shoot. That’s it. You can find weapons such as daggers, axes and more to kill your enemies with. You have two options for the buttons that will make the main character jump and shoot, which is more than enough since it’s just two buttons. 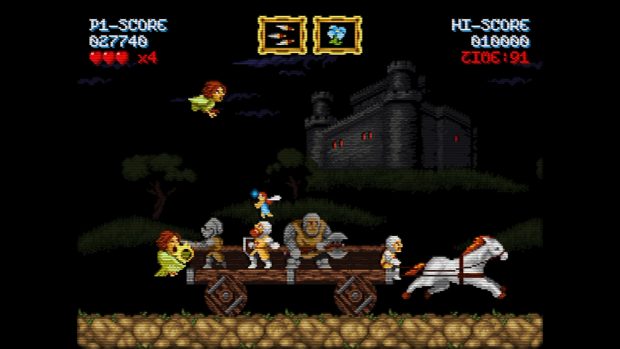 The faster you can mash the shoot button, the better your odds of survival. Enemies will include zombies that walk or crawl on the floor, armored knights, giant hulking beasts, as well as several things that like to anything that likes to fly. Oh, and we should not forget about the bosses! They are big, epic, and deadly, but you’ll be able to defeat them with some trial and error when you learn their movement and attack patterns. 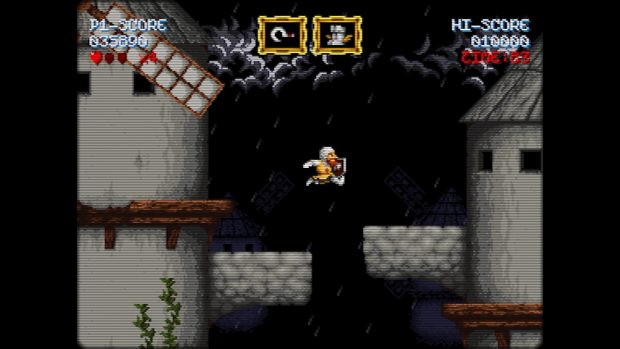 The game is a throwback to games of the 1980’s and 1990’s where after you lost all your lives you could use a continue. Doing this will void your score and return it to zero, but at least you sorta have unlimited continues! The game also isn’t as harsh as proper old-school games from back in the day since it does at least save every time you finish a stage so that you can continue from the last chapter you reached before quitting. 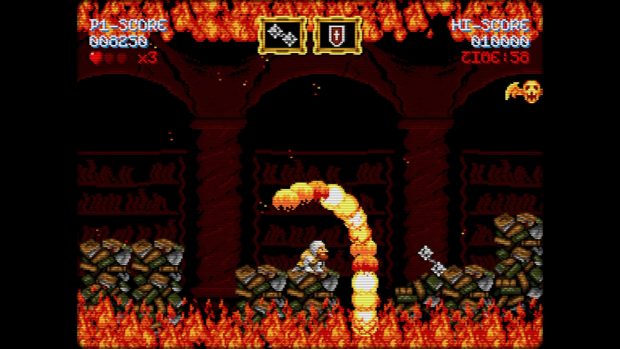 Each level is different and looks very unique, and you’ll explore some rich environments near the end if you can make it that far. There’s lots of enemies and hazards at every turn, not to mention levels with autoscroll in a particular direction as you try to stay alive. 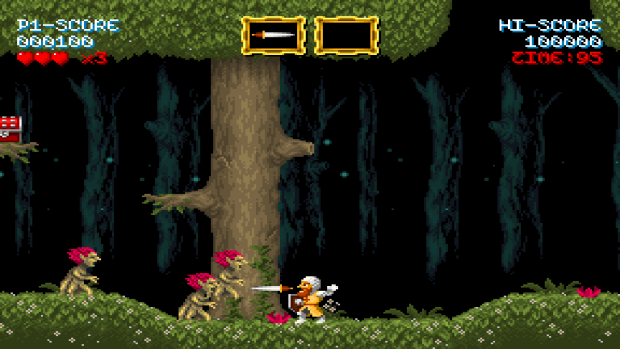 Despite the easy pick up and play aspect, the game is certainly tough and not for the inexperienced. You’ll die a lot in this one and lose all of the weapons and items you were carrying. But every time you’ll make a bit of progress towards a chapters mid-boss or boss, chipping away at the game bit by bit. This is a great homage to old-school action games from back in the day, and it does things properly by adding its own twist on things. If you’re looking for a hardcore 2D action game on PS4, then you should give Cursed Castilla a go!

Disclaimer
This Cursed Castilla review is based on a PS4 copy provided by Abylight Studios.