If you have ever played the Mystery Dungeon games on Nintendo systems or other examples of great roguelikes such as the Shiren series, then you’re in for a treat! Touhou Genso Wanderer is a new release on PlayStation 4 in the “love it or hate it” roguelike genre, and a polished and fun one at that! Come read our Touhou Genso Wanderer review to learn more!

As you can see from the game’s trailer and the images in this Touhou Genso Wanderer review, this release aims for a nice anime-style of graphics – colorful and cute! This mixes well with the roguelike elements which are more on the hardcore side, for a “sweet and sour” type of combo that works great on Sony’s home console.

The main protagonist is a Shrine Maiden named Reimu. Her job is to save the sacred land of Gensokyo after an incident that caused black clouds to engulf it. A dark tower has now appeared, and she must venture forth to save the land before it is too late. Will you aid her in this most important of quests? 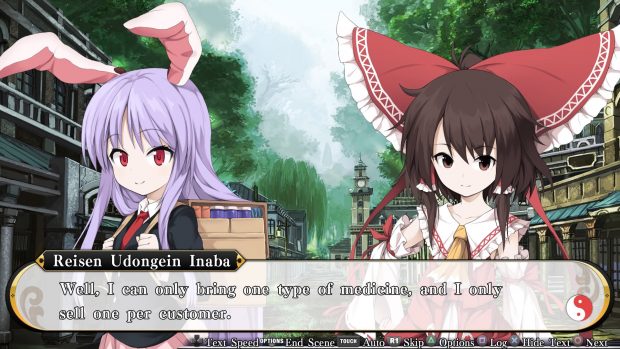 Since the game is a pure roguelike, it means that if you die, you will lose everything on you, including all your money. The one thing you get to keep is your Nito (fusion) points. After being defeated, you will need to restart from the first floor of every dungeon, back at level 1 with no items. This is the “love it or hate it” part of the formula that people will, well, either love or hate! 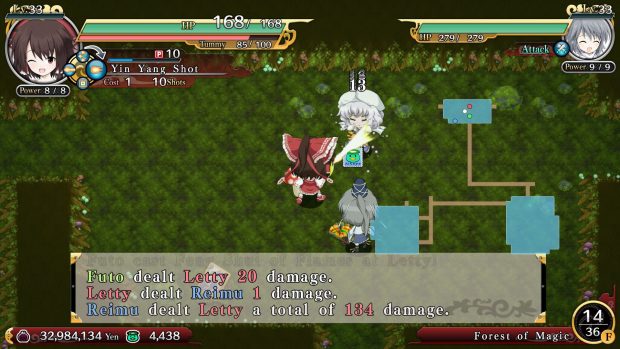 The opening tutorial sequence is good since it shows how you can move with the D-Pad and use the action buttons for attacking and accessing your inventory, reviewing conversation logs and more. Once you have the basics down, a big cutscene will play out, and you’ll have the option of trying out some tutorial dungeons or setting out to your first randomly generated dungeon.

The game is turn-based, so when you and your partner (if you choose to bring one) take turns in combat. Each time you move or each action uses one turn. If you use a healing item, that will also take on turn used. Speaking of items, there are handy ones called Danmakus which you can activate during combat but to do so, you must have enough P items on you. These are found in dungeons and are represented on the maps as red dots. 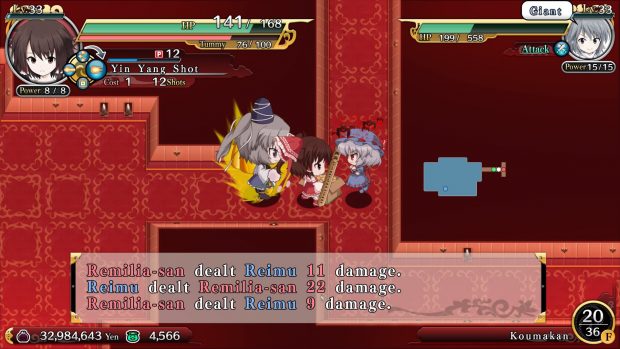 You’ll find plenty of weapons during your quest. Once you equip one and start to use it, you’ll be able to level it up so that it grows stronger alongside you. You’ll also find a variety of armor to aid you and some even have magical abilities that will help you in combat – equip them at your earliest convenience! You’ll certainly need them to progress through the higher floors which do become progressively difficult. On top of these, there are also charms that offer various bonus effects when equipped.

Under your green life meter is your tummy meter – yes, I said tummy meter. It will slowly deplete over time, and if that reaches zero, then you will die of starvation. You’ll have to feed your character properly during your journey, but don’t worry too much about it since dungeons are packed with food if you explore every corner. Just be careful to balance when you feed them so that your food lasts longer. 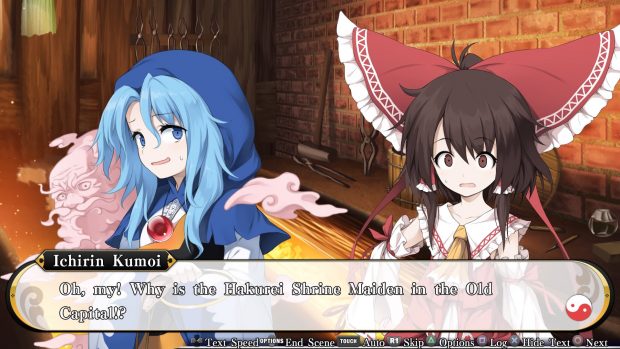 Another important mechanic that is crucial to your survival is the Nito Fusion. With this, you can strengthen your weapons and armor by fusing with materials to gain a new level and a seal. Fusing is as simple as picking weapon or armor to fuse after which you’ll be taken to an item screen. Pick an item and then… voila! You’ll even get a trophy for your first fusion!

The battle system is also quite simple to understand. You simply press the action button to hit enemies and your partner will fight and move on its own to help you out. Simple as that! In certain situations you might get outnumbered since every move you make allows enemies to make a move, so always try to keep some distance between you and any group of enemies or else they will crush you in a couple of turns. 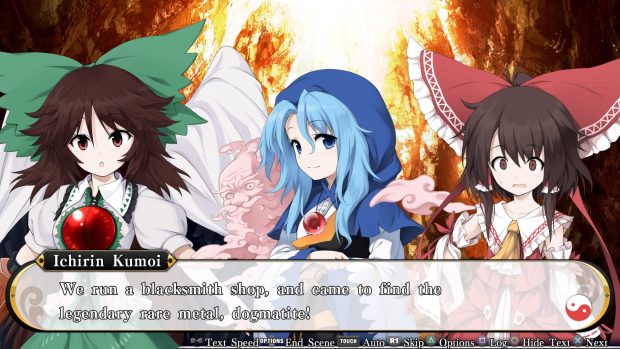 Touhou Genso Wanderer is a very fun and challenging game on PS4. Due to its roguelike nature, there’s certainly some trial and error in the mix while you learn the basics and what enemies can do in battle. With some careful planning and by using your items wisely you’ll be able to make good progress in the game before facing your end. If you’re a fan of the genre then be sure to give this one a go!

Disclaimer
This Touhou Genso Wanderer review is based on a PS4 copy provided by NIS America. 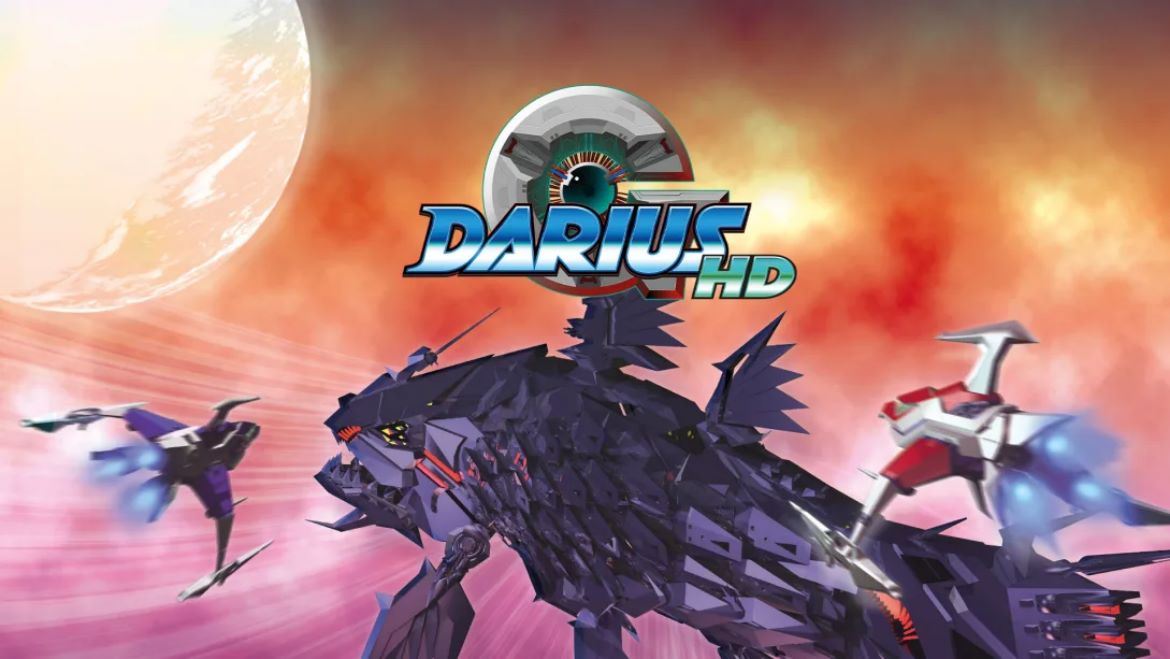 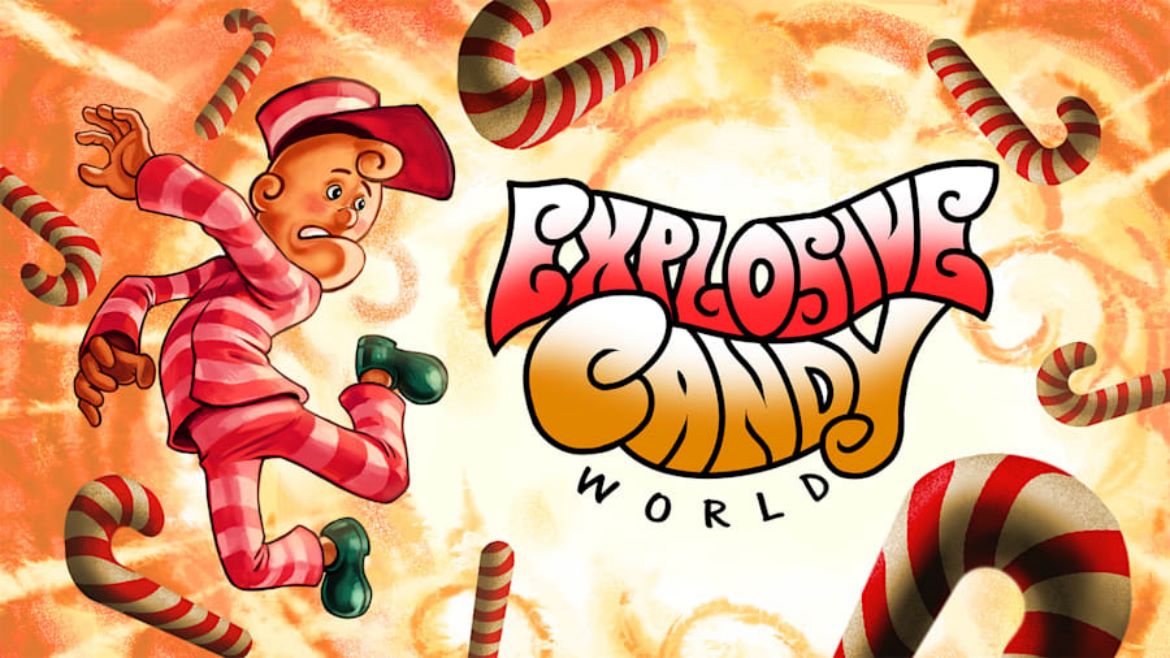