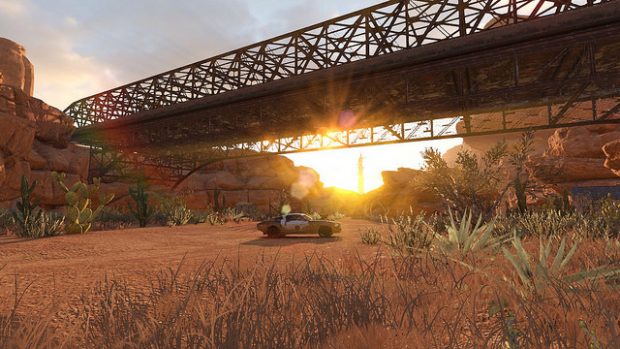 Kylotonn Games has shared a new trailer for FlatOut 4: Total Insanity on PlayStation 4, and it certainly does the game’s name justice! Come check that out along with some new info and screens.

Alexandre Assier, Producer at Kylotonn Games, had this to say about the game:

At the beginning of the project, we had brainstorming sessions as a team to work out where our new FlatOut game would take place. For us, one of the environments that was an obvious choice for the game was the Desert. When we considered the vibe of FlatOut â€” destruction, humor, places to do insane races â€” the first place in most of our minds was the American desert. Thereâ€™s something particularly wonderful about smashing through desert shacks in a classic muscle car while firing off a magnetic bomb at your unwitting opponents in the all new Assault mode.

What did you think of the game’s trailer? Are you looking forward to playing this one on PlayStation 4? Let us know in the comments below!