You need the Chaos code to survive! Can you find it before it is too late? Come check out our review revisited for Chaos Code!

Chaos Code was a late PS3 game released back in 2014, just as the PS4 was hitting its stride. That being said, I thought it would be fun to look back at EdEN’s review, especially as I am currently reviewing its sequel for PS4!

The game is your standard fighting affair including the move sets and super moves you expect from this sort of game. That’s not what makes the game stand out, though: it’s the characters! Whether you select a cook, fighting twins, ninjas, witch’s or more, the game’s characters are certainly varied and creatively designed. 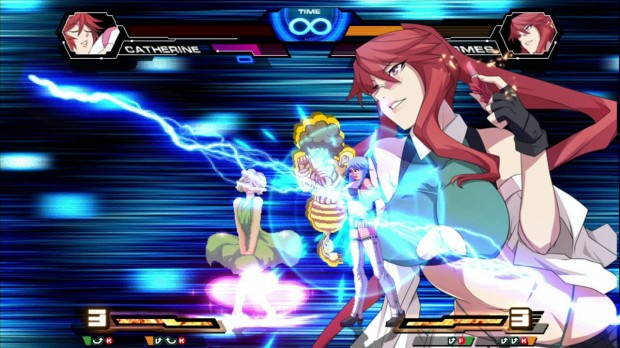 It’s funny how in his review EdEN compares it to SNK’s old output of fighters on the Neo Geo since I completely see that vibe. Arc System Works has been putting out a ton of quality fighters – while most of them play very similarly with different tweaks, they stand out from each other just from all the zany character designs – something SNK used to excel at.

If you get a chance, give this one a try on PS3. And once you’re done with unlocking all of its trophies, you’ll certainly be ready to check out my review for its sequel which I’ll be posting soon!