Bardâ€™s Gold from Pixel Lantern is a challenging platformer on PS4 and Vita. A goblin has stolen your gold, so you, of course, give chase. You are then tasked with completing tricky rooms full of dangerous enemies and hazards in an adventure where a single hit is all it takes to end your life. Want to learn more? Then come read our Bardâ€™s Gold review!

Before you begin the game, youâ€™ll be able to select between three difficulty settings. Normal, which is the easiest difficulty, gives you four lives and checkpoints but you can obtain less treasure while playing on it. Retro is the next one and in it, you only have two lives and checkpoints, but you can get more treasure during your journey. The final one is Roguelike where you only get a single life and no checkpoints but with a huge amount of gems and treasure out for the taking. 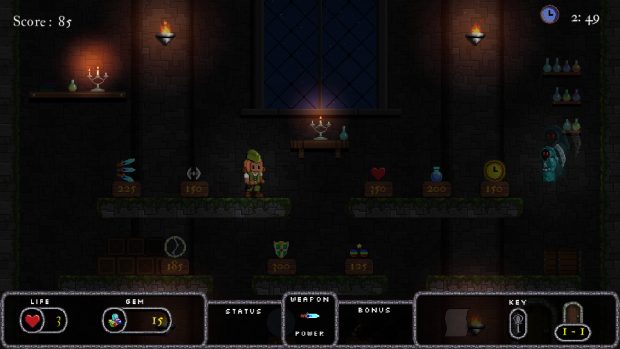 As you explore each of the many rooms the game will throw at you, which are randomly selected but not randomly generated, youâ€™ll eventually also run into massive boss monsters that will test your skills to their fullest. If youâ€™re good enough and defeat them, youâ€™ll gain access to a special treasure chest with lots of gems and a new upgrade that will be added to your end of run list. 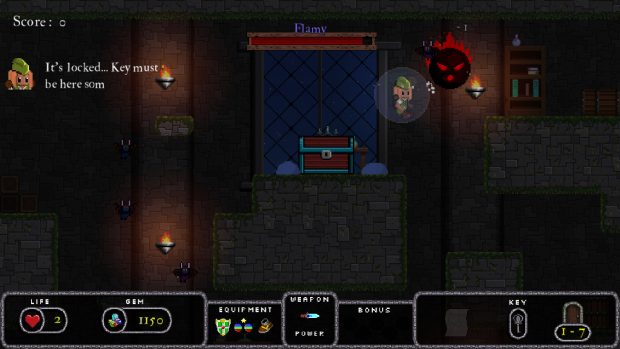 You see, once you die (and you will die a lot), any treasure you had on you can be spent to upgrade your character. You can, for example, spend your leftover treasure on increasing your max number of lives by one. Thereâ€™s no use in not upgrading your character since any gems you donâ€™t spend will be lost, so as soon as you enter the grim reaperâ€™s lair be sure to find something that can help you. Even if you canâ€™t purchase an upgrade during your first try, you can still make progress towards it since the gold you spend is cumulative. 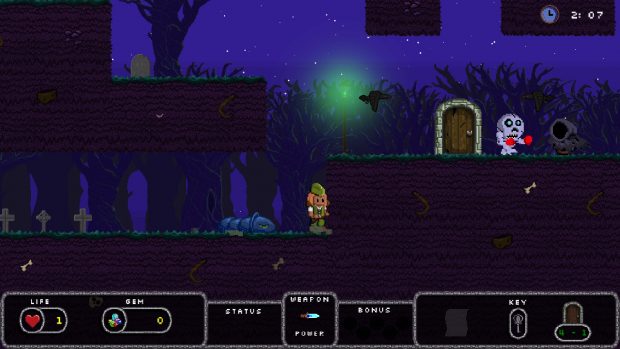 You can find shops during your travels where you can make a deal with the Grim Reaper. By spending the treasure youâ€™ve found, you can purchase new weapons such as s three-way dagger or an axe, upgrades such as a power-up vial or an extra life, or special items such as the magic glasses which reveals to you the spot in each level where hidden treasure is hiding â€“ you can then use your weapon to reveal the treasure. The catch here is that anything you buy will only be available to you while you stay alive. If you die, youâ€™ll lose everything on you but your treasure. 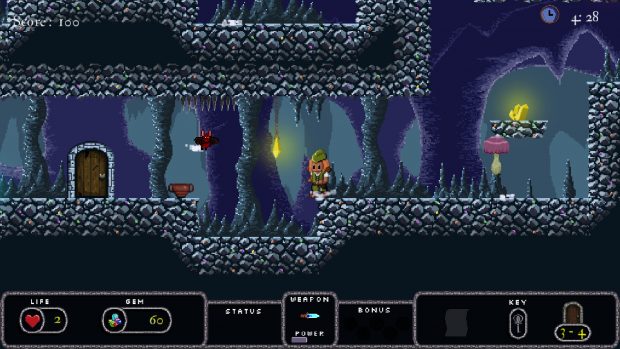 Each level is timed, and if you take too long to complete it and you run out of time, bad things will happen. Things such as having fire rain down from the upper part of the screen. Since anything touching you will kill you, fire raining down on you is indeed very bad. 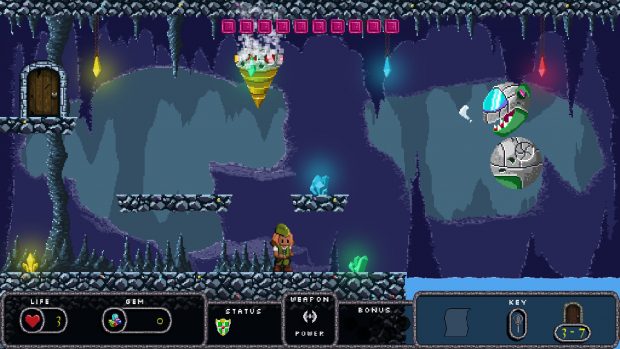 The game includes thirteen trophies in total with no Platinum in sight. The trophies ask you to complete each of the gameâ€™s world, completing a world without losing a single life, find all skill books, complete the entire game in a single run, purchase items, collect lots of gems and more. 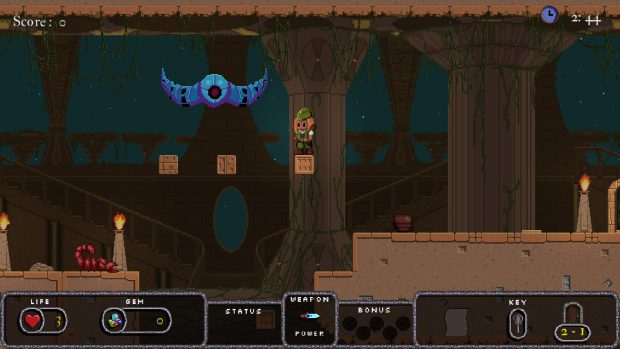 Bard’s Gold is a very addictive release that will easily keep coming back for more. Runs aren’t very long and the fact that you can actually make some progress by upgrading skills and bonuses at the end of each run will motivate you to play over and over as you try to get closer to completing the entire game in one go. The three difficulty settings make it so that people of all skill levels can give this one a go on PS4, so I definitely recommend it.

[review pros=”Very fun and fast-paced.
Highly addictive.” cons=”Might be too challenging for some.” score=80]

Disclaimer
This Bard’s Gold review is based on a PS4 copy provided by eastasiasoft.

Free Let It Die Booster Pack For PS Plus Subscribers

Vanessa Joining The King Of Fighters XIV As DLC Character