NeuroVoider is a fast-paced twin-stick shooter featuring rogue-like mechanics and some RPG elements. Want to learn more about it? Then read our NeuroVoider review below!

As you begin a game, you’ll notice that NeuroVoider offers you the choice of selecting which Mech you’ll use on your adventure. You can compare the different mechs (close-range combat, long ranged combat or defensive build) and take one of them, but you can select either without too many consequences as you don’t really know in advance which types of enemies you’ll be fighting. Each area is procedurally generated, and as you start a game, you are given three choices containing different statistics: map size, enemies strength, and loot quantity. Of course, more loot equals stronger enemies, so it’s a risk-vs-reward scenario.

As far as the gameplay goes, you attack the enemies using your two equipped weapons. Each mech comes with different base weapons, and they can be improved as you progress through the levels and pick up upgrades. Your stats also increases in a light-RPG way. The enemies attack you as if you were playing what could be considered a soft bullet hell shooter, which makes avoiding them and their attacks half of the equation. Do keep in mind that this is a roguelike release, meaning that if you lose all your health, you’ll be back to the first level and will lose all your upgraded equipment. 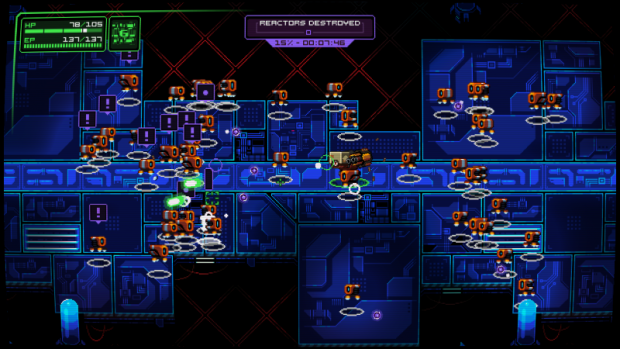 NeuroVoider supports local couch co-op gameplay for up to four players. If you’re up to the task, there is also online leaderboards where you can take on a daily challenge to show who is the best player out there.

NeuroVoider is a fun release, but I do think there are better twin-stick shooters available on the PlayStation 4. While being a roguelike will be to the taste of gamers that like a challenge, this will also ward off some other looking for a more casual experience. 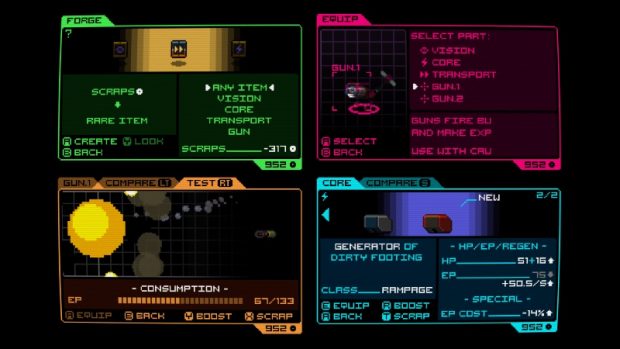 Disclaimer
This NeuroVoider review is based on a PlayStation 4 copy provider by PLAYDIUS.

Rock Howard Is Joining The King Of Fighters XIV! 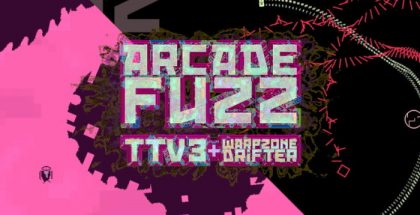