Rock Howard Is Joining The King Of Fighters XIV! 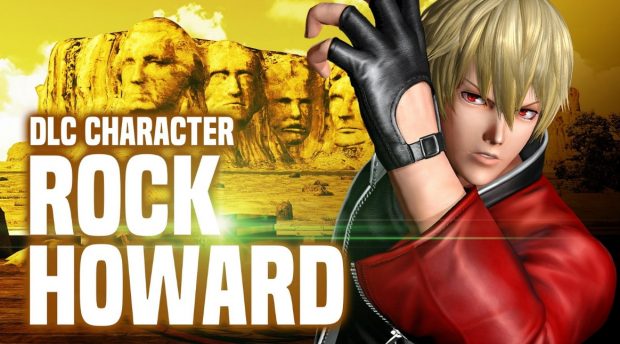 Rock Howard will be making its way to The King Of Fighters XIV as a new DLC character! As the main character for Garou: Mark Of The Wolves, Rock Howard is a very important staple of the Fatal Fury universe, and a welcome addition to the latest entry of The King of Fighters. Come check out a new trailer showcasing the beloved fighter below!

Yasuyuki Oda, Producer for The King of Fighters XIV, had this to say:

Rock Howard made his debut in the last chapter of the Fatal Fury series, Garou: Mark Of The Wolves, and this release will mark his first appearance in a mainline KOF title. He is the estranged son of crime lord Geese Howard, having been adopted and raised by Terry Bogard from a young age. His fighting style is a unique mix of both Terry and Geeseâ€™s styles and he even boasts his own variations on some of their iconic moves, such as Geeseâ€™s Raging Storm and Terryâ€™s Buster Wolf. His Crack Counter, for example, combines the reversal techniques from Geeseâ€™s Aikijutsu moves with Terryâ€™s Crack Shoot attack.

This melding of styles results in a well-rounded fighter. He sacrifices both Geeseâ€™s dominating power and Terryâ€™s simple and direct style for speed and versatility, creating a unique approach that stands on its own despite borrowing heavily from two disparate fighters.

What do you think of the latest addition to the long running series? Anyone else you’d like to see SNK and Atlus add to the fighter? Let us know in the comments below!

Punch Club Out Today For PS4