Punch Club is a boxing simulator where you don’t actually get to control the boxing matches per se. You build up your fighter with several activities before a fight, and then the game simulates the fight by taking into consideration your fighter’s stats and training. Come read our Punch Club review to learn more!

When the game’s main protagonist was a young boy, his father was murdered for his medallion by a man in black. The protagonist, as an adult, wants revenge. To do that you need to plan and manage your time correctly. Splitting your time between training, working, eating, sleeping, exercising and having actual matches will lead you to the top, where you can hopefully find out the truth about the main character’s father.

Punch Club oozes nostalgic charm, even more so if you choose to stick to the retro-style look for the game. The modern look is nice, but the original format gives you that extra nostalgic kick. Surprisingly, once I had access to the main overworld map, I found out it was a lot bigger than I had expected! You can go to wherever you want by foot, saving some money, or take a bus that will cost you depending on how far you’re going. The map is pretty awesome with lots of attention to detail. 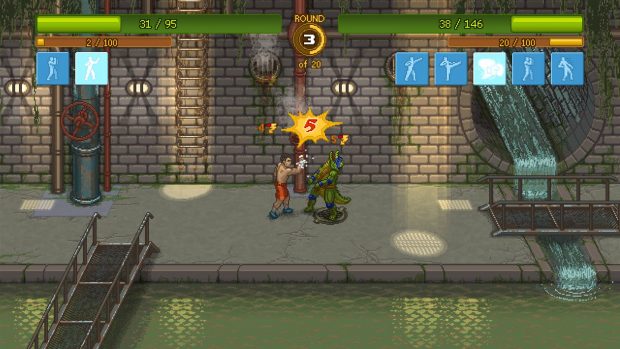 Money is really important, so you have to work hard for it. You’ll need to balance that with other stuff like your boxing training. Working generates your a modest income which you use to buy food and energy sodas which raise your health and hunger meters when too low. During work, your health and hunger meters will slowly deplete, and you become tired and too hungry to carry on working. This is your cue to go back to eat and get some sleep.

In your house, you have a mini gym that you can use to train. Doing this raises your stats for stamina, agility, and strength. They’re very important tats since, if they’re high enough, you can win matches and then leagues with ease. Getting them high enough is a tall order and will require some grinding. It’s going to be a very long grind to get your character’s stats to a decent level to win fights, and you need to buy perks to increase your odds as well! I suggest you end up purchasing your own gym equipment since this saves you a lot of money as you won’t need to visit the gym that much. Just be careful since you might end up getting mugged on your way home! If you have a lot of money, spend some and take the bus. 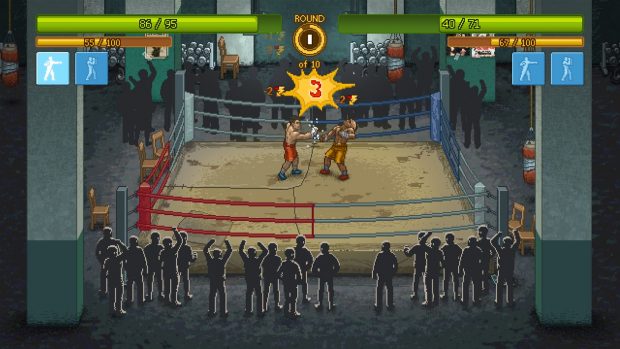 The fights are automatic, so you do not need to lift a finger to fight. There’s certainly a bit of luck thrown in for good measure, so make sure you train hard and work hard so that you can be as prepared as possible for a fight! During a fight you might notice which stats you need to focus on for your next battle, so do keep this in mind.

You also have the story narrative on top of everything else, not to mention you can run into some very fun side-quests to distract you from the fights. As long as you find a routine that works for you, you’ll be able to have fun as you climb to the top. And if you ever feel you are having a hard time then you can trigger Easy mode which makes everything easier but you won’t be able to unlock any trophies during your time with the game. 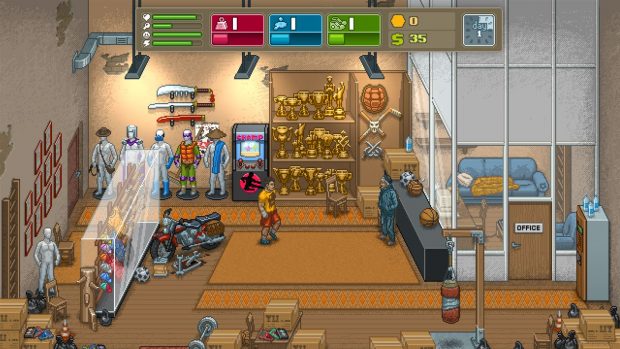 I had fun with Punch Club as I unraveled its story between training sessions and my work day. It’s definitely worth a play, even if you can’t directly control fights. If you want to be the best, you have to work hard, and this game certainly shows you that, one fight at a time.

Disclaimer
This Punch Club review is based on a PS4 copy provided by tinyBuild.

Oozes nostalgic charm.
Lots of things to do before actual fights.
BUT
Very grindy.

New Video – The Untold Story of PaRappa the Rapper