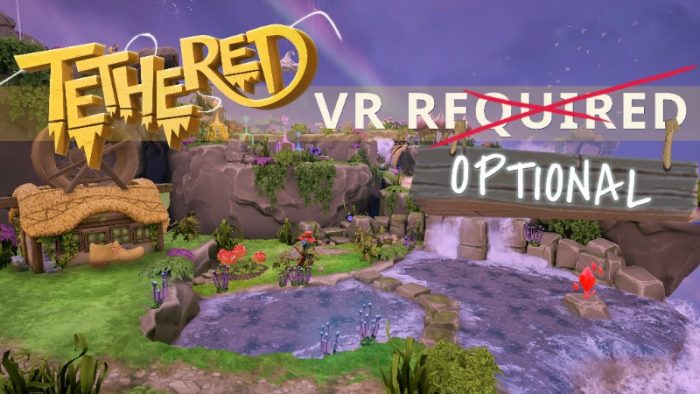 Secret Sorcery got in touch to mention they’ve released a substantial update to Tethered, their PlayStation VR title, which now makes it possible to play the game without VR! That’s right, if you only have a PS4 or a PS4 Pro you’ll now be able to play Tethered in a whole new way.

Scott Kirkland, Managing Director of Secret Sorcery, had this to say:

Building upon our March update – which introduced PlayStation Move support and a raft of dazzling visual enhancements for Playstation 4 Pro â€“ Tethered really shines in 4k! By removing the requirement for a VR headset, weâ€™re fulfilling the promise that we made to ourselves and fans in terms of opening up Tethered to more players. Now ALL Playstation 4 gamers can enjoy this magical sky-borne island world that weâ€™ve so lovingly created.

What do you think of the news? Are you going to give the game a try now that PS VR is not mandatory? Let us know in the comments below!

[Vita Double Review] A Rose in the Twilight Review