[PS4] Nightmares from the Deep 2: The Siren’s Call Review

You just finished rescuing your daughter from an evil undead pirate who wanted to marry her a year ago… and now are back to running the museum. Your new exhibit just came in, and it seems to be linked to a new mystery that once again pulls you away from the museum as you travel to a faraway land. Want to learn more? Then read our Nightmares from the Deep 2: The Siren’s Call review!

When Sarah Black, curator at the Caribbean Naval Museum, receives a package from a mysterious messenger, she is unwittingly drawn into an ancient conflict. Inside the package she finds an artifact, and instantly assailants descend on the museum to rob her. The artifact is stolen. Sarah lowers her head in disbelief as she realizes that again she is falling headfirst into a nightmare from the deep.

As for the game’s story, time has passed and the museum has recovered from when that giant undead pirate ship crashed into it – also your daughter from the first game is now in college. However you received a new artifact for your museum, and a group of people break in and take it. The delivery person who was looking for your help with it takes you to a new island run by a sadistic Mayor, so you set out to try and stop his evil plan. 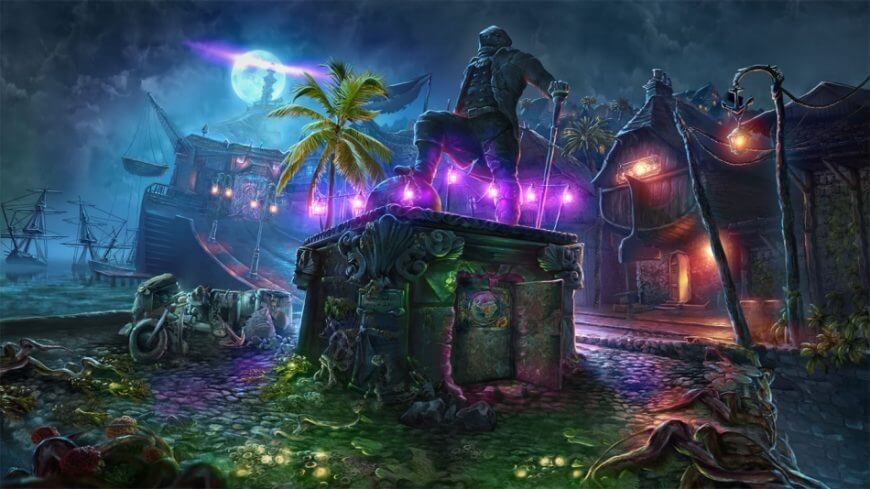 If you haven’t played a game in this genre before, it’s a first person adventure/hidden object game. You wonder around static screens collecting items and using them in combination with other things to progress further in the game. For instance, you might find gear while wandering around and then eventually use that as the solution to a puzzle.

As for hidden objects puzzles, these take you to a screen where you have a list of items you need to find in the current area. Some are easy to find, but some of them are cleverly hidden. There is no time limit, so be sure to take your time to find everything on the list! And it you don’t want to do hidden object puzzles then the game does offer another option for you: completing a mahjong game. 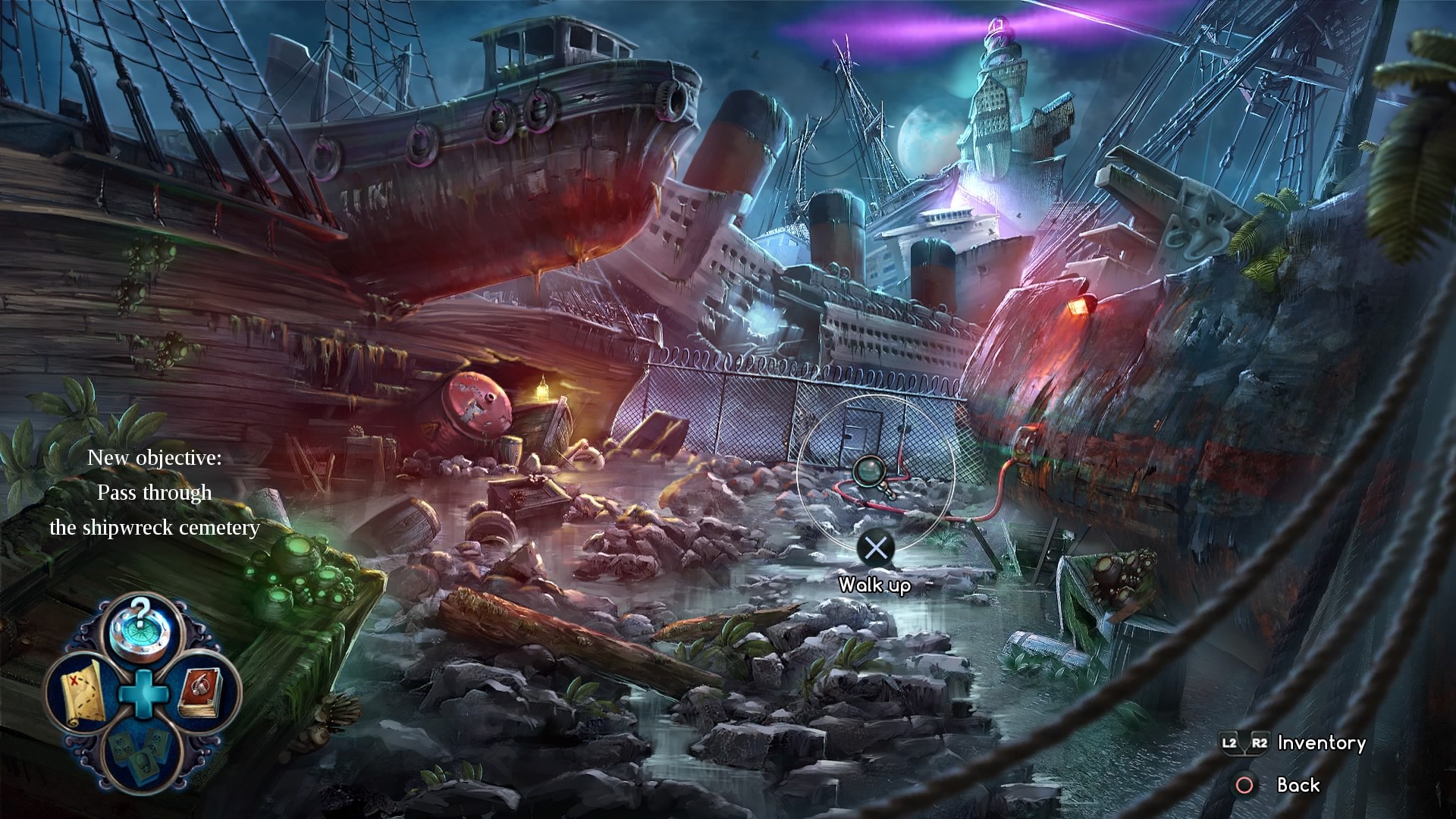 I like the type of games that Artifex Mundi releases on PS4, and was very happy to get a sequel to a previews game I had fun with – I love figuring out the solutions and what I need to do to move forward. The other thing I liked was that the puzzles for the more adventure-focused game part of the game actually made sense. There are a ton of adventure games out there with obtuse logic, which is something this one managed to avoid. The big one thing I didn’t like, compared to the original, was the amount of backtracking. I would often find items that would tie to something much further back in my quest. Luckily there’s map for some fast travel – the problem being it only lists location by name thus making it a bit tricky to know if you’re traveling to the right area or not.

The game also has you collecting twelve coins hidden throughout the game, which you can use on a chest with a monster attached to it. As you put each coin on it, it fills in the backstory for the island you are on and how it ended up in its current state. It’s a nice touch and something extra to do as you solve all the puzzles.

The game has 31 trophies: one Platinum, six Gold, and then Silver trophies. Most of them you will get in your first playthrough, and you can clean up the rest of them by playing all mahjong puzzles on the second playthrough. If you give it your best shot you should have the Platinum trophy in around 6-7 hours or so. 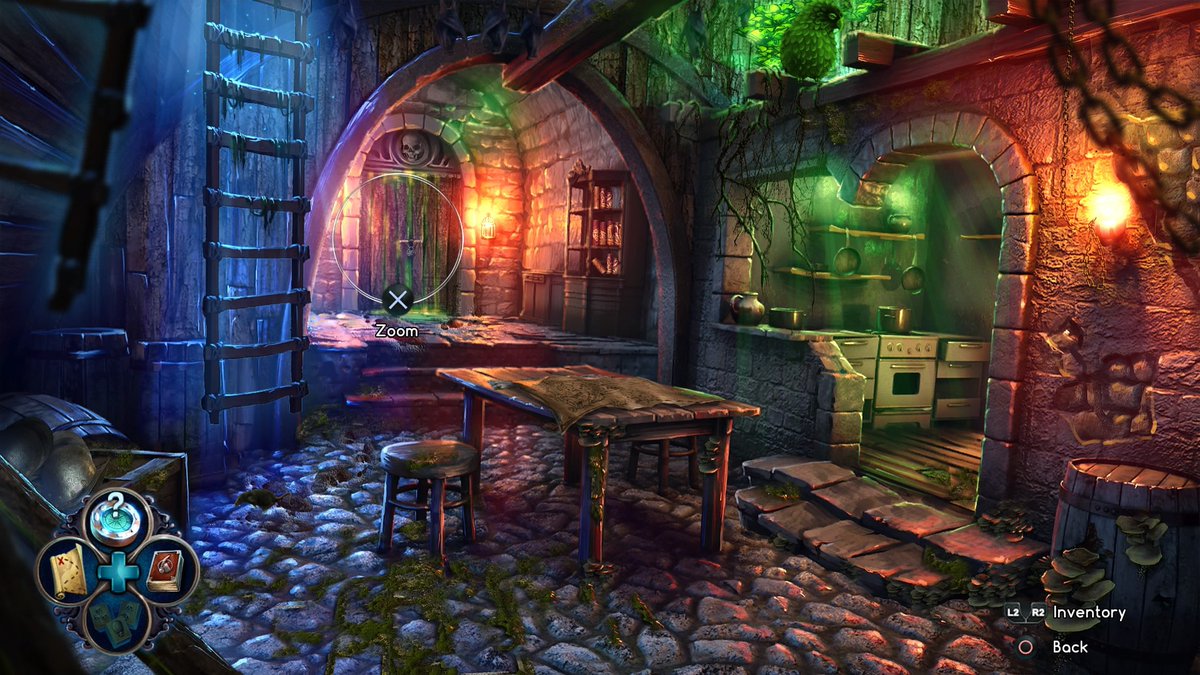 Nightmares from the Deep 2: The Siren’s Call is a good game that isn’t much different from the previous entry in the series. Sure, it features a new story but it also has pretty much the same gameplay mechanics. This isn’t a bad thing since, as someone who liked the previous game, more of the same was exactly what I wanted. So if you like adventure games and hidden puzzle games, this is a great option on Sony’s home console.

Disclaimer
This Nightmares from the Deep 2: The Siren’s Call review is based on a PS4 copy provided by Artifex Mundi.