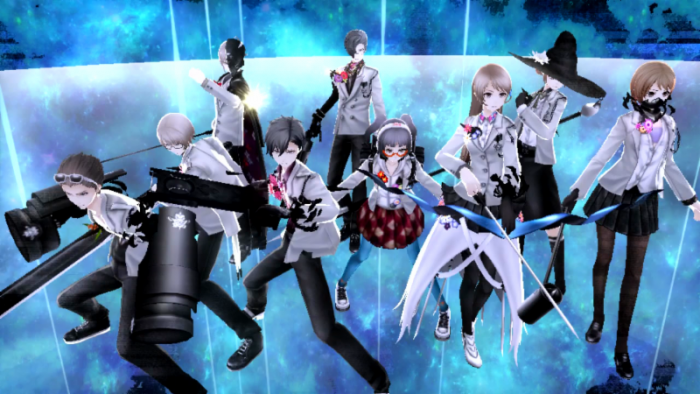 Atlus has announced that PS Vita release The Caligula Effect will be getting a special digital deluxe edition! On May 2, your $39.99/â‚¬39.99/Â£29.99 will grant you access to the game and some bonus goodies which you can check at the image below. 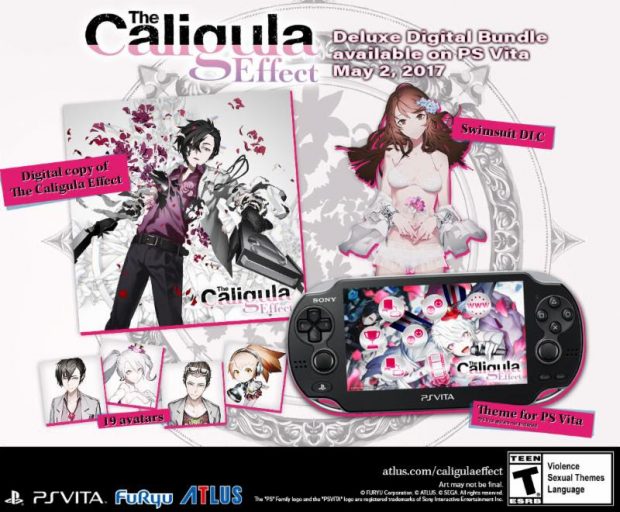 As you can see, the Digital Deluxe Bundle will include:

Not bad for some bonus stuff at no extra cost, right?

A human story set in a virtual world – Experience a dark story as the Go-Home Club does whatever it takes to escape the digital prison known as Mobius. The crew must defeat a group of evil music producers (known as the Ostinato Musicians) who have been working with Î¼, and come face-to-face with their own black secrets/desires. Written by Persona series veteran Tadashi Satomi (Persona, Persona 2: Innocent Sin, and Persona 2: Eternal Punishment), players will fight towards freedom as they examine the ugly psychological issues that plague the various characters in the game.

Multiple relationships to nurture – There are 500+ NPCs to recruit into the party to be used in combat. Each has a preassigned class (such as offense, support, etc…) and have a unique background story that’ll slowly be uncovered by completing various quests. Oh, but there’s only 4 characters in a party, so choose your teammates wisely!

A strategic battle system – The game features a unique battle system called “Imaginary Chain” that makes encounters an exercise in planning. Once enemies are encountered, players will seamlessly transition into battles where they can choose from 100+ skills to unleash on their enemies. While choosing skills, players can adjust timing and see a simulated preview of their attack before committing to it. Maximize damage by creating deadly attack chains between party members and don’t let enemies catch their breath!

Music by celebrated producers – It’s only fitting that a game about fighting musicians features original songs by celebrated Japanese producers such as OSTER project, 40mP, 164, cosMo@Bousou-P, and more!