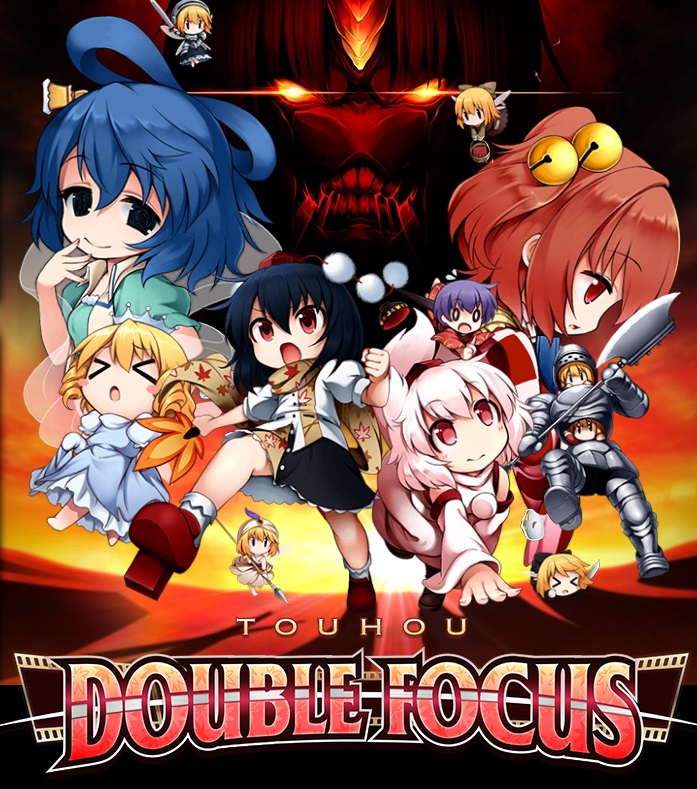 As the game begins, you are following the main characters as they discover a mysterious book which promptly produces a bright light. Even though some characters are skeptical about the book, one of the characters opens it anyway, dragging them into what is aptly named the Book World. 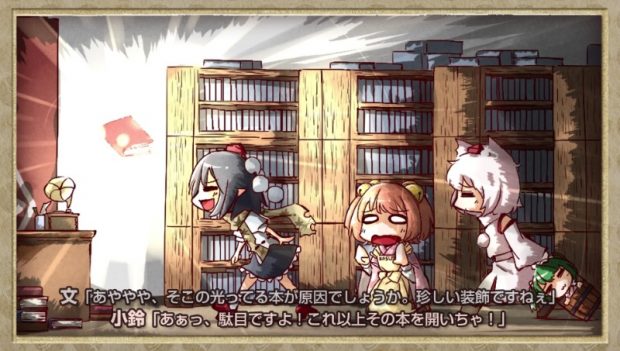 As far as the gameplay goes, you’ll be wandering the areas the game has to offer using the different characters. You’ll begin with Aya, who has a ranged weapon and can jump high. At anytime you can switch (by pressing L1) to other available characters, starting with Momiji who is available right at the beginning of the game. Momiji has a melee weapon which makes it harder to hit enemies, but she can walk on the walls to reach higher platforms.

I enjoy when a game doesn’t hold my hand every minute of the way and lets me discover the game mechanics by myself, but in this case something as vital as the wall walking (reaching the end of the first level requires this) was way too obscure, and I spent a lot of time trying to figure it out on my own. 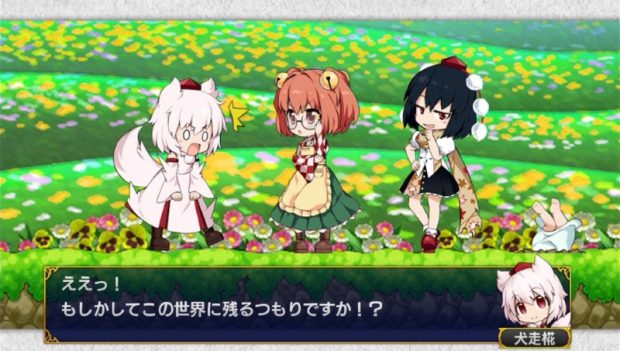 The level design is very generic, and I thought that it was very confusing to navigate the different areas. As you progress through each room you’ll find items and single use spells which can, for example, heal your characters. The enemy AI didn’t impress me either since when they spot you, they attack in a single direction. If you move behind them, they won’t change their attack patterns and will continue to attack in the same direction.

I also noticed something I think was a bug and made the game WAY harder than it should be. I was having a hard time destroying the first boss on normal, so I retried on easy (remember that I’ve been reviewing games for years now, so I’m definitely not a noob). If you die in a boss fight, you can retry the fight which is great, but the extremely rare and useful healing spells found in the dungeon won’t be restocked, so you’ll have an even harder time defeating a boss the second time you try. 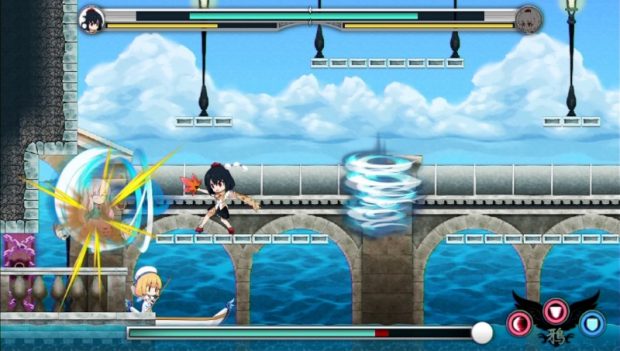 As for the controls, they felt rather stiff. Usually with a platformer, you want crisp controls that don’t’ get in the way. This is not the case for Touhou Double Focus. You’ll struggle with the game’s controls every now and then, and you won’t have a fun time with them.

The game’s graphics were not impressive, and its soundtrack made me feel as if I was listening to a generic sample midi file. The one are the game does shine in is its Japanese voice acting which really fit the game’s characters and the situation they find themselves in.

One final thing that felt weird is how the game handles menu navigation. In most games, pressing the start button will either pause the action or show you the in-game menu. For Touhou Double Focus, the menu appears when you swipe upwards on the PS Vita screen. This was certainly a weird choice, and I wouldn’t have found it if it wasn’t for me having to clean my PS Vita screen during my time with the game. This is very important since the menu includes an option for activating a respawn setting that will surely come in handy for those of you who decide to take the game for a spin. 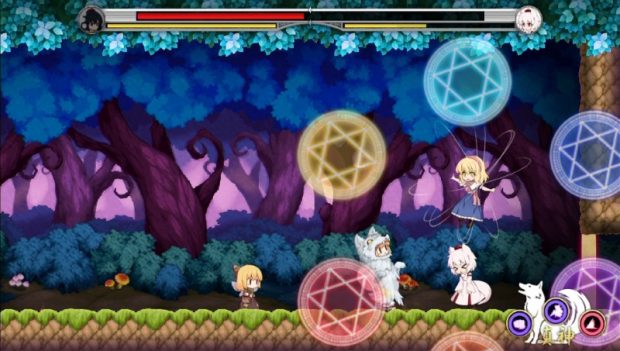 Final Thoughts
Touhou Double Focus is a below average release that didn’t grab my attention. If you’re desperately looking for a Japanese platformer, I seriously recommend you to skip this release and play other better games on the PS Vita library. Save your time and money and avoid Touhou Double Focus!

Disclaimer
This Touhou Double Focus review is based on a PS Vita copy provided by NIS America.

Call of Duty: Infinite Warfare Continuum DLC Is Ready For You