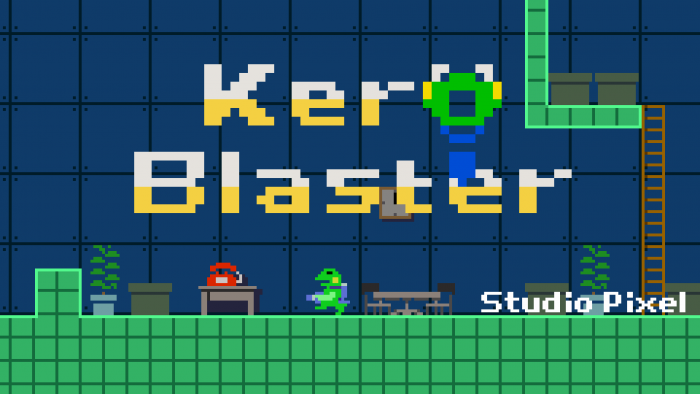 Kero Blaster from Studio Pixel is a charming action platformer where you donâ€™t need to worry about exploring every corner of a level. You just need to make your way from point A to point B as you defeat any enemies in your path. Want to learn more? Then read our Kero Blaster review!

At first, Studio Pixel might not ring a bell, but Iâ€™m sure youâ€™ve heard about or played the game for which this developer is best known for: Cave Story. Thatâ€™s right, Kero Blaster is the latest game from Daisuke Amaya, better known as Pixel. That certainly got your attention, huh? And now, back to the review!

You move around with the left analog stick or the D-Pad and jump with the X button. Once you manage to find a jetpack, youâ€™ll be able to do a double jump to reach some higher spots. You can shoot your gun by pressing the Square buttonâ€¦ and thatâ€™s it. You can also shoot up, but thatâ€™s really it. Oh, and you can change weapons once you find another weapon â€“ this is done with the L1 and R1 buttons. And thatâ€™s really, truly all you need to know about the gameâ€™s controls.

The gameâ€™s title screen will serve as the gameâ€™s tutorial since youâ€™ll need to use your amphibian friend to defeat all enemies on screen. Once you do this, a red phone will ring. Pick it up, and the game will begin. After you select your save file, youâ€™ll be treated to a cutscene where the president of the company shouts at the hero for no reason â€“ seems that something has made her incredibly mad! You are then teleported away to do your job. 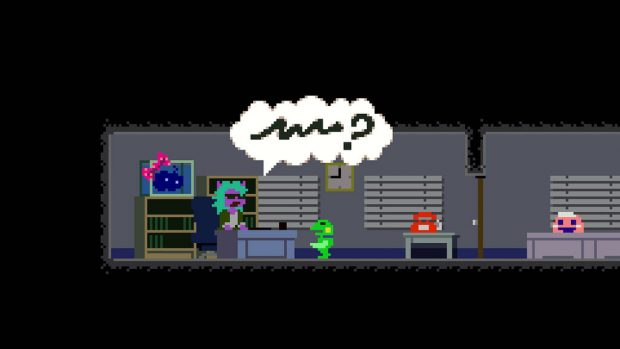 The game is split into stages. As soon as you start a stage, you better start shooting and never stop. Anything and everything that moves might be bad for you, so why take chances? You begin your adventure with three lives, and once you run out of lives, it is game over. This will mean youâ€™ll have to start from the beginning of your current stage, but at least you wonâ€™t lose any coins, upgrades or items you had on you. On top of this, youâ€™ll get a chance to purchase some items before you restart a stage, not to mention that any mid-boss you defeated will be gone.

Youâ€™ll run into snakes that hide below the ground, crabs that lob deadly grenades at you, spiked plants that will hurt you as soon as you touch them, fire-breathing plants, fish that love to jump at the worst of times, angry snails, flying birds and more. The further you progress the harder and deadlier your enemies will become, so you better be ready for a challenge!

As you defeat enemies, some of them will drop coins. Collect as many as you can so that you can put them to good use inside of shops. Youâ€™ll be able to trade your hard-earned coins for power-up weapons and items that will increase your odds to survive. Some of the items youâ€™ll be able to buy are a Heart Boost that will increase your total heart count by 1 (while also healing you) or an extra life (very useful), to name a few. 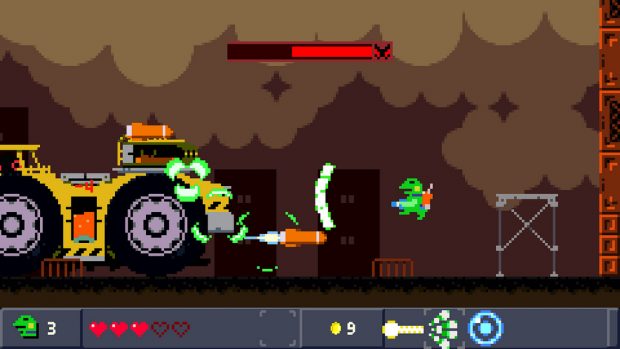 The game is around 3-5 hours long depending on a playerâ€™s skill. If you want to 100% the game and get every single trophy, youâ€™ll be playing longer than that. Why? Because after you beat the game, youâ€™ll unlock Zangyou Mode! This is a new take on the main game with remixed stages, new stages, and more! Itâ€™s like getting two games for one low price! Oh, and you also have to beat a third mode called Omake Mode. And no, the game does not have a Platinum trophy. It does, however, have one Gold, four Silver, and five Bronze trophies for your effort. 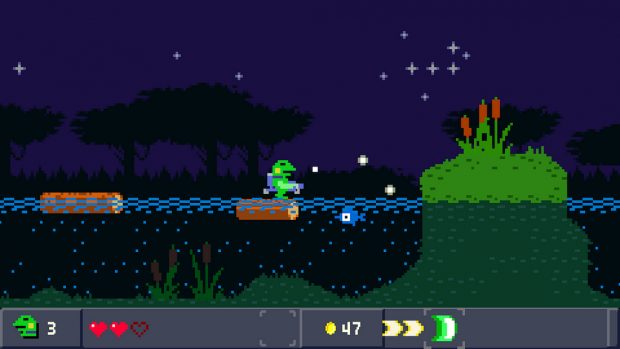 Kero Blaster is a new release that feels like a polished blast from the past. The amount of content is well worth the asking price, and the challenge will keep you coming back for more until you see the endingâ€¦ and then youâ€™ll be ready to do it all over again! Itâ€™s certainly a different game from Cave Story, but itâ€™s still a fun one and a welcome addition to the PS4 library.

Disclaimer
This Kero Blaster review is based on a PS4 copy provided by Active Gaming Media.

MechRunner Out On PlayStation 4