The Banner Saga is coming. Actually, it released a bit ago, but I’m just getting to the games now, even though they have been on a few different systems over the past two years. What did I think about them? Check our The Banner Saga: Complete Pack review to find out!

Get both The Banner Saga and Banner Saga 2 for one great price! Live through an epic role-playing Viking saga where your strategic choices directly affect your personal journey. Lead your caravan across this stunning yet harsh landscape as you fight for survival. Every decision you make in travel, conversation and combat has a meaningful effect â€“ not everyone will survive, but they will be remembered. Includes Survival mode! Test your tactical mettle in 40 escalating battles. Assemble six heroes from a selection of your favorite Banner Saga characters and lead them in battle against waves of enemies. Earn Renown to equip new items and to unlock heroes to replace those who fall in battle. How long will you survive and how will you rank against others in the leaderboards?

The Banner Saga: Complete Pack is a collection of both The Banner Saga 1 and The Banner Saga 2, as well as the newer survival mode, all in one great package. The game was Kickstarted back in 2013 and the first one released on 2014 on mobile. Since then they ported it to several platforms, as well as made a second game continuing the story. In January they started a new Kickstarter for the third game in the series which will be releasing in 2018 and beyond.

The series features beautiful strategy RPG in the same vein as classics scuh as Final Fantasy Tactics or Fire Emblem, with some elements similar to current favorites such as Disgaea and Rainbow Moon. So if you’re a fan of the genre, you’re in for a threat! 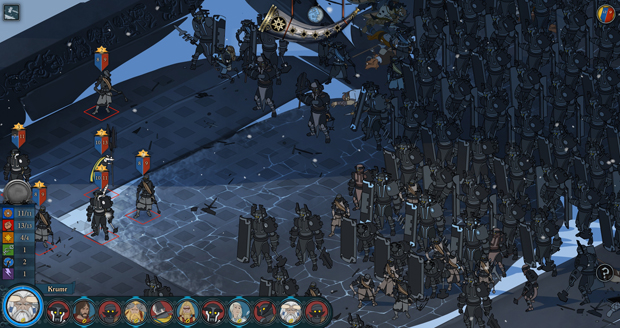 Let’s talk about the story first. This is the most Game of Thrones story not set in the Game of Thrones universe. It is about two competing races, the Humans and the Varl, but as both are at war, they need to fend off a new threat called the Dredge. The game tells the story from two different points of view that will eventually meet. It also offers players different choices as they go, making each run feel very different. The narrative is great, and it drives the story forward making you want to see what is coming down the pipe.

The other big factor in the way the story is presented is the games’ art design. The art style reminded me of classics such as Space Ace and Dragon Lair – with animation from the legendary Don Bluth. The game plays like a polished cartoon at points, and everything just looks very polished and carefully planned.

The core of any strategy game though is the gameplay. I am pleased to say this is one of the best tactical RPG I have played in a long time. The game has a system that is easy to learn, but that has more depth than is at first apparent, making it great for new players and veterans of the genre to play. The game has 18 different class types that you can pick, so experiment with them and find out what works best for you. The big thing you will need to think about is can you play from a distance or do you need to be up close and putting out heavy melee damage? 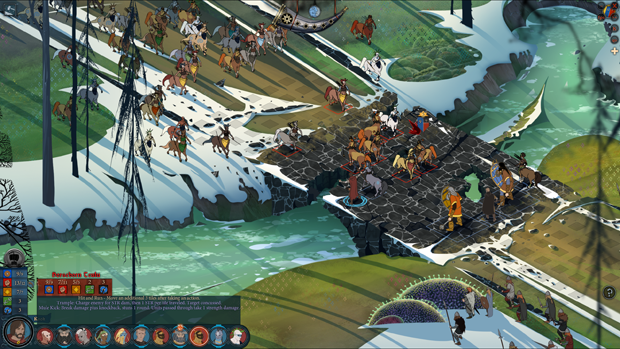 When you win battle, you earn an in-game currency called Renown which you can use to upgrade your characters stats, weapons, and armor, but you also need to ensure that you leave enough for your caravan of people. As you shuttle across the world, these points will go towards stocking up your wagons with food and water, and you need to decide who is getting what. It’s a tough but necessary decision, and it will impact the course of the game.

Finally, this pack includes the Survival Mode built into the second game, which was initially released as DLC. It’s an interesting mode as you battle through 40 different matches with permadeath set to on. You still earn Renown and can spend it between fights trying to make people better. Thanks to permadeath, you need to maximize your every move to make sure that your party can last until the end.

This pack is a compilation so it does include two separate Platinum trophies and a plethora of trophies to collect along the way. That being said, getting the Platinum trophy for each release will be a grind, so be ready to spend dozens of hours with this release! There are several missable trophies between both games, so be sure to do some research before you dive into this collection! 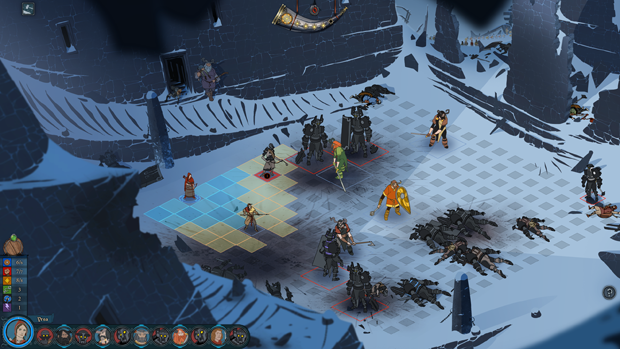 The Banner Saga: Complete Pack + Survival Mode is a great package pairing two great games with a strong narrative and great gameplay mechanics. They somehow managed to simply the process for new players while still finding a way for more experienced players to make the most of the the complexity of the system. The game is gorgeous with its hand-drawn art, making it a pleasure to play and watch. Do yourself a favor and pick up the pack with both of these games as you prepare for The Banner Saga 3!

Disclaimer
This Banner Saga: Complete Pack review is based on a PS4 copy provided by VERSUS EVIL, LLC..