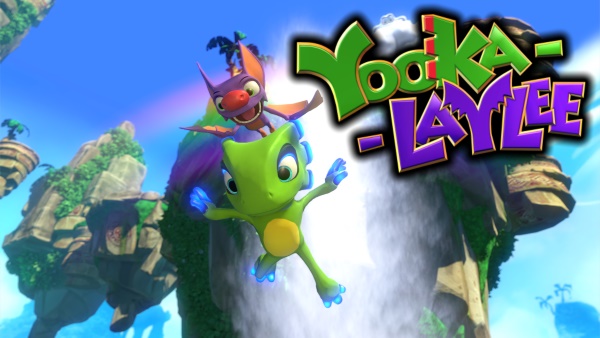 Yooka-Laylee is a new platformer from Playtonic Games and Team 17. Yooka-Laylee had a Kickstarter campaign that reached its initial goal in less than an hour! When the Kickstarter was over, enough gamers pledged so that every stretch goal was reached! Now that you have some context on this release, read below to see our thoughts in this Yooka-Laylee review!

Yooka-Laylee is a game weâ€™re all super excited for and proud of here at Team17. Created by platform genre veterans Playtonic Games, Yooka-Laylee is a fresh take on an open-world platformer, including many classic features that fans will love which have been updated to include much player freedom and choice.

Explore huge, beautiful worlds, meet (and beat) an unforgettable cast of characters and horde a vault-load of shiny collectibles as buddy-duo Yooka (the green one) and Laylee (the wisecracking bat with the big nose) embark on an epic adventure to thwart corporate creep Capital B! 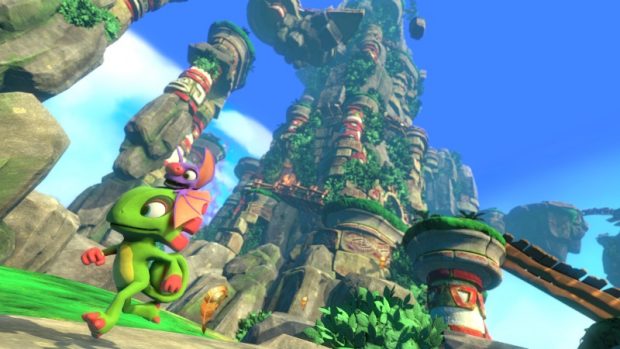 Right as you begin, you are introduced to the evil lord named “Capital B” and his evil duck sidekick Dr. Quack. Their evil plan is to steal all the books in the world so they devise a machine that can do just that. As soon as the machine starts to work, the nearby heroes Yooka, an adorable reptile, and Laylee, a purple bat, set out on a quest to recover the stolen book.

Right after this, we’ll be pushed into the game’s tutorial. The tutorial held my hand like it was one of the first games I had ever played in my life, which is great for gamers new to the platformer genre, but I personally thought that it could have let me go and play the game. 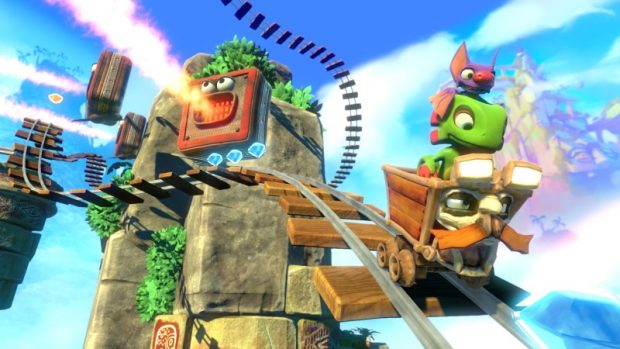 As you progress through each level, you will have to collect golden pages called Pagies from the large book that was stolen. There are a LOT of Pagies, as well other collectibles, to find in each location, and most of them are really well hidden! Of course Platinuming this game requires you to find every collectible in the game, so you will certainly be busy for a while!

As for the game’s presentation, the controls were very intuitive. Controlling the characters was very easy, but for me, they were a tad too sensitive for my taste. The camera, however, was the biggest culprit during my experience. It’s not a deal-breaker, but certainly, something that the team can hopefully work on!

The game’s soundtrack is very good and is fully orchestrated, like in the Ratchet and Clank games, so it was extremely pleasant. The tunes really resonated with me, which makes sense since it was created by former Rare composers and fan favorites David Wise, Grant Kirkhope, and Steve Burke. So if you’re a fan of their previous work, which includes Battletoads, Donkey Kong Country, Banjo-Kazooie, Perfect Dark, Star Fox Adventures, Viva PiÃ±ata and many more.

Finally, this is not the game’s fault, but I do have to mention it: the engine used to develop the game is very taxing on the PlayStation 4 hardware, which makes the fan kick into full speed after mere minutes of gameplay. This also leads to long loading times between each level, but once you’re in a level, it’s all smooth sailing. 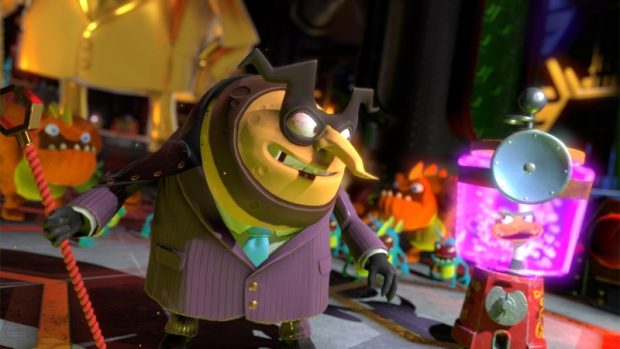 Final Thoughts
Yooka-Laylee is a great platformer featuring a ton of collectibles and great worlds to explore – hence it being a collectathon. The worlds feature some great designs, and the different collectibles were fun to discover. I think that this game might have benefited from a slightly longer development cycle to address some of the camera issues I ran into, but as I said before, it’s certainly not a deal-breaker. If you’ve been hankering for a new take on the great 3D platformers of ages past, then give Yooka-Layle a play today!

Disclaimer
This Yooka-Laylee review is based on a PS4 copy provided by Team17.

Good 3D platformer that pays homage to ages past

Super Rude Bear Resurrection Coming To PS4 On May 2