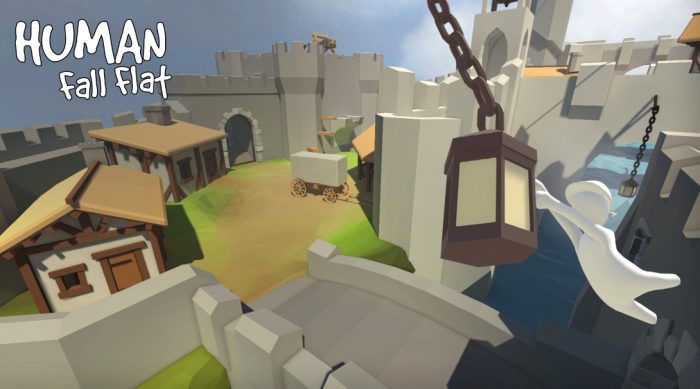 Human: Fall Flat is a puzzle platformer that puts you in the shoes of a guy called Bob. Bob is really clumsy and is completely devoid of color. He also doesn’t have a face. He’s a blank canvas for players who will try to move the clumsy individual from one point to another in this quirky PlayStation 4 release. Want to learn more? Then check out our Human: Fall Flat review!

Bob is stuck in a dream world, and the only way to escape is to find an exit and fall from a great height to the next level. Bob is not exactly what you’d call “not stupid” since he is very clumsy and has no skills to speak off. To sum things up: he’s useless. As you can imagine, this makes puzzle solving a lot more interesting than first expected!

Bob’s ultimate goal is to escape a series of physics-based puzzles. If you have previously played I AM BREAD by Bossa Studios or Octodad: Dadliest Catch from Young Horses, then you’ll have a solid idea of how wonky controls will try to sabotage you every step of the way. You’ll try to get Bob to pick up objects, climb, hit levers, and more… try being the operative word. But fear not, as this makes for a fun game! 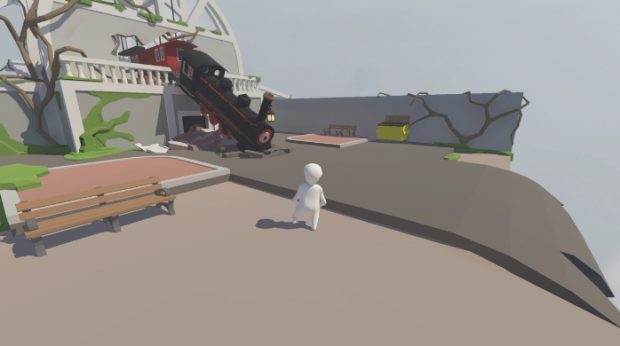 Bob is, by nature, actually very funny. For example, in one level I climbed a wall, and poor Bob was so bad at climbing that watching him struggle up inch by inch was hilarious, all the more so as he is a little on the obese side! Poor fella couldn’t handle it and fell on the ground. Just watching him try to get up was hilarious!

Sure, Bob can jump, pick up objects and throw them, and he can eventually climb walls and platforms, push buttons, pull levers and activate machines such as catapults, but his clumsiness makes operating machinery a difficult task! Managing to complete a puzzle will make it all the more rewarding. 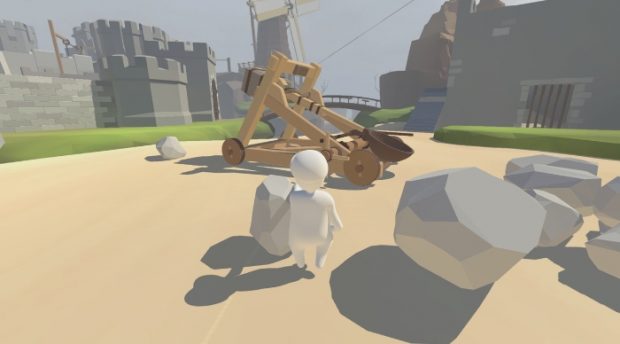 The graphics are very clean with a sleek, minimalist look, but for some the lack of color might make everything seem a bit bland as it doesn’t fit the comedic nature of the game. Each level’s design is quite varied, as one would expect when going from a building site to a medieval town.

There are only eight levels and the first few work as an extended tutorial of sorts as you get the hang of things. Due to Bob’s clumsiness (I’ve mentioned he’s clumsy, right?), you won’t be able to beat all levels as quickly as you’d think. You’ll be making plenty of mistakes during your run, but every mistake will allow you to improve your skills so that you can master a full run in less time. 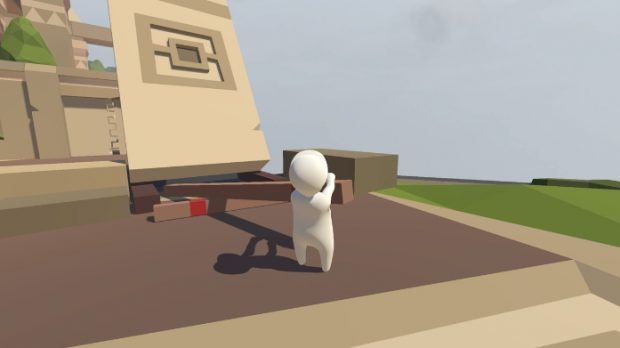 Human: Fall Flat is a clever game with a minimalist look that will hook you with its puzzles and with the humorous way its main protagonist goes around doing things. Bob is bad at this. Like, really bad, but that’s already half the fun! If you’re looking for a fun 3D physics-based puzzle game with a decent-sized campaign and plenty of objectives to complete then Human: Fall Flat is just what you need. 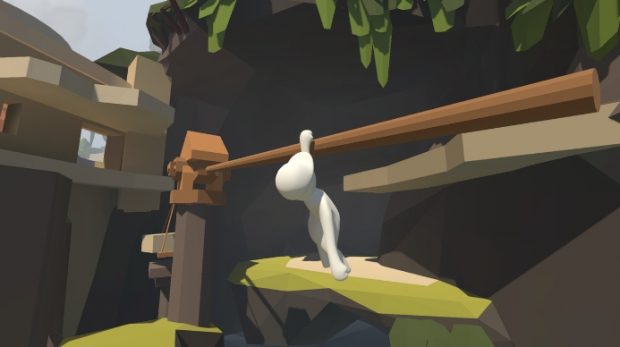 Disclaimer
This Human: Fall Flat review is based on a PS4 copy provided by Curve Digital.