Kate Walker is back, and she’s ready to bear the cold and once again begin her adventure into Syberia. Help her on this journey as she goes deeper into the frozen wilderness. Check out our Syberia 3 review!

Kate Walker is found dying on the banks of a river by the Youkol tribe, a nomadic people accompanying their migrating snow ostriches. Together, stuck and imprisoned in the town of Valsembor, they must find a way to continue their journey in a race against their enemies and unexpected obstacles. Not to mention Kate’s past, which catches up with her…

A world filled out with exceptional story-telling, imagined and drawn by Benoit Sokal, with music by Inon Zur

Discover an enchanting world full of mystery and life, that you can completely explore in 3D.

Immerse yourself in the story, original puzzles, and mysteries of the fabulous adventure of an unforgettable heroine.

I’ve been waiting for a while to get my hands on Syberia 3. In fact, I played Syberia 2, which at the time I thought ended the story, back in 2004. I didn’t realize we were getting another title in the series! But as soon as I learned about this sequel, I was more than ready to go back into Benoit Sokal’s world and once again become Kate Walker. Unlike other adventure games which relied on more on humor, this series was a more serious and moving adventure game with Kate Walker trying to find herself out in the wilderness.

Syberia 3 is still an adventure game, but instead of being of the old-school point and click variety with the interface of the older titles, they decided to go with using the directional buttons to control Kate, and you interact with objects and people when near them. I think they wanted to change the game to make it more modern, yet it yields mixed results. Let’s start with some of the positive firsts! 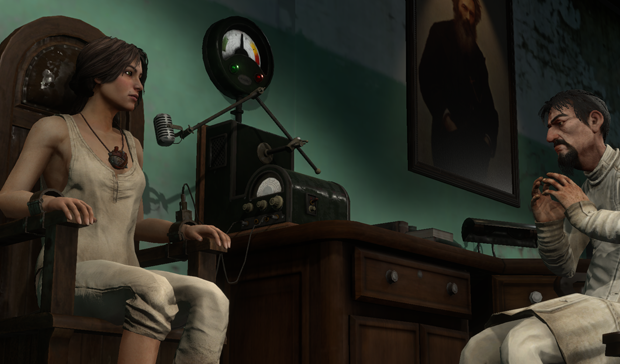 I think the story is great and is an excellent continuation of the journey of Kate Walker. It involves you working with a nomadic tribe to help snow ostriches migrate home. I don’t want to get into specifics as to not ruin the story, but once again they do a great job of fleshing out the character of Kate Walker and who she was, is, and will become. I was disappointed not to get a quick here’s what happened last time though, as I played Syberia 2 almost 13 years ago! A quick catch up and here’s what is going on would have been great, especially for those of you who will jump on the series for the first time.

When the game is showing a cutscene or when you see stills of the characters, itlooks great. The Eastern European world really stands out as it not an often used setting for video games. When actually playing the game, though, the game feels like a technical mess that wasn’t ready for release. The game’s framerate is really jumpy with major slowdown in some areas. Once you escape the first room you are in, you can interact with a fountain in the middle of the common area. It gives you what should be a nice rotating view of the room showing off all the character built into the environment, but it only serves as a warning as what is to come. I wish this was an isolated item, but it’s evident throughout the entire game. 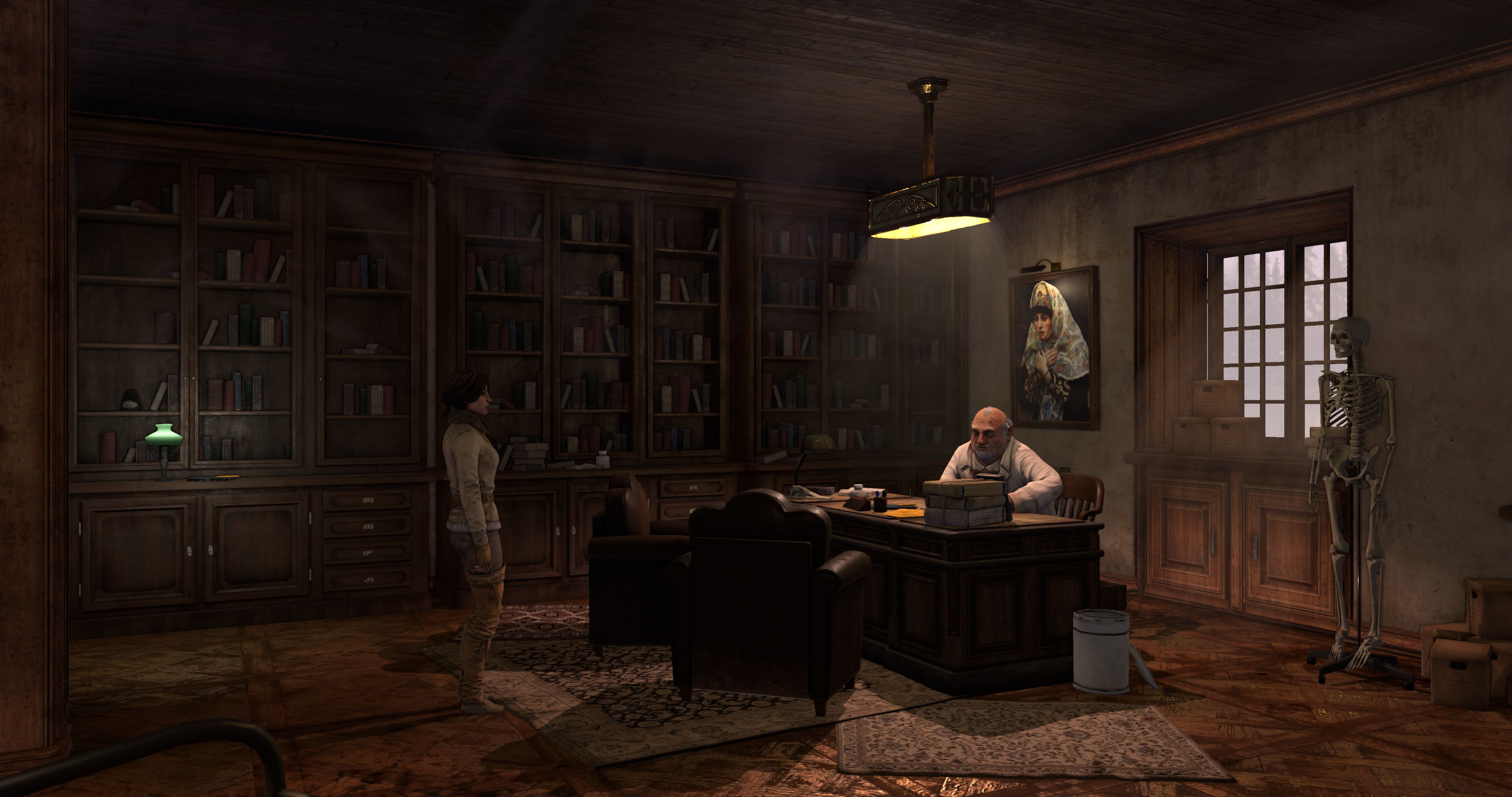 I didn’t love the puzzle solving either on the PS4 controller. When approaching interactable objects, options would pop up matching the position of the face buttons on the PS4 controller. Sometimes they would work, other times they wouldn’t. You control Kate with the directional stick, but it feels odd and not very modern – it almost reminded me of the tank controls from Grim Fandango. I feel the regular point and click interface would have worked much better. When interacting with objects, I was often left confused in how to interact with them, causing a bunch of trail and error as I moved the left stick just the right way to solve puzzles. The puzzle design is good on its own, very clever and creative, but getting to the solutions is more frustrating than it should be.

With all of the great adventure games out there, whether you look at the more recent Broken Age, or the remasters of Grim Fandango or Full Throttle, there are good examples of how an adventure game should feel if you choose to go full point and click or provide a more interactive control scheme. I wish Syberia 3 had learned more lessons from those excellent titles.

The music in the game is excellent with some very memorable tracks that will be stuck in your head for days. Kate Walker sounds great and her voice actress gives a great performance, but some of the other voices were not as good. The game takes place in Eastern Europe, but I ended up hearing several bad impressions of Eastern European characters. 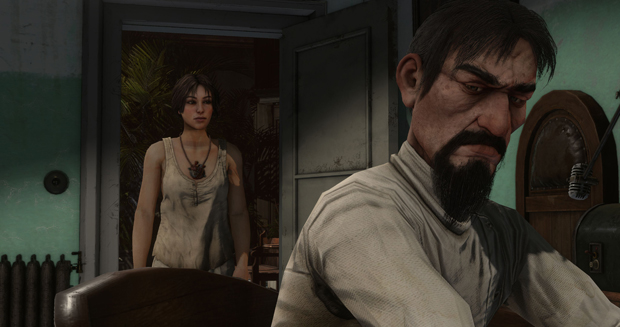 The game does have a platinum trophy, but it will probably take two playthroughs with one for the story and another for doing some cleaning up work towards the more obscure trophies in the game. It won’t be particularly hard, but it could get frustrating to play through it a second time due to the control scheme and framerate issues.

I really wanted to love Syberia 3, but the game is, unfortunately, a technical mess. It doesn’t run or control properly which is very important for any game, no matter the genre. This takes you away from enjoying the great world that has been created, which is a shame. Hopefully, they can patch the game and help it run better, because the story for Syberia 3 and the art style are certainly very enjoyable.

Disclaimer
This Syberia 3 review is based on a PS4 copy provided by MicrÃ¶ids.