Tango Fiesta Out Tomorrow On PS4 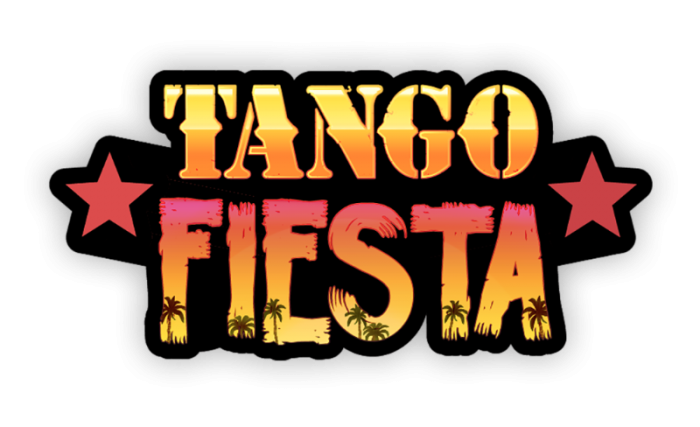 Merge Games will be releasing Tango Fiesta from Spilt Milk Studios on PlayStation 4 tomorrow, and we have some new screens and info to share with you! Oh, and we also have an 80’s explosive trailer to go along with all the action you’ll be taking on once the PSN store update is live.

The 80s was a time of excess, an era epitomized by the action movies of the time â€“ everything was bigger, faster and louder! Action heroes were larger than life and could take on a small army â€“ single handed! Tango Fiesta lets you relive those Reagan-era delights all over again, but this time it’s you in the lead role. So, itâ€™s SayÅnara Sylvester and Adios Arnie, thereâ€™s a new action hero in town.

Terrorists, aliens, diabolical game show hosts – John Strong has seen the face of every evil imaginable, and put a bullet in every last one of them. He’s the world’s greatest hero, or would be, if anyone believed him. Discharged from duty and dismissed by the news media, Strong made the only reasonable choice left. He sold his story to Hollywood and became an action star. With access to an armoury of weapons that would make any 80â€™s action star jealous, Strong has committed himself to upholding justice and delivering freedom with a bang!

Most-excellent heroes tend to attract some gnarly villains, and the evil Australian beefcake Gordon is by far the gnarliest of them all. To take down Gordon and his thugs Strong can grit up and go mano a mano, or he call in some heavy backup with four-player local and online multiplayer. Who said it takes only two to tango? 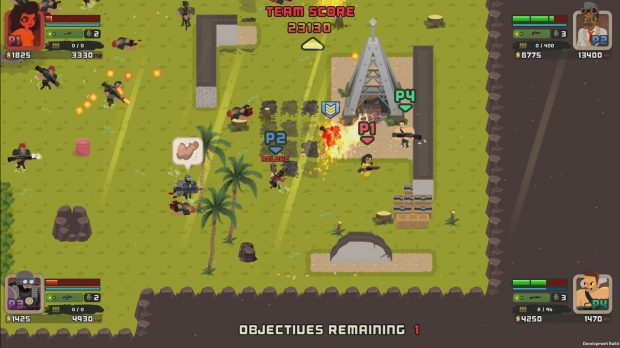 We’re working on a review for Tango Fiesta, so be sure to stick around at PS3blog.net! 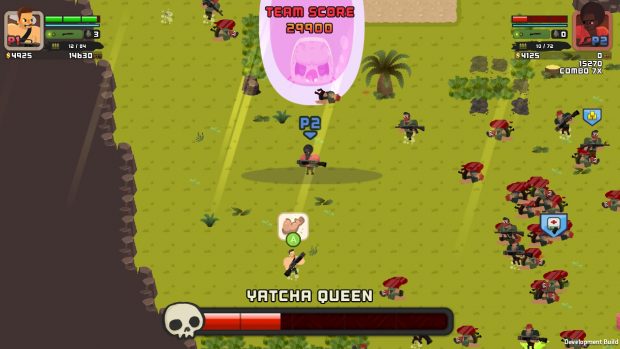 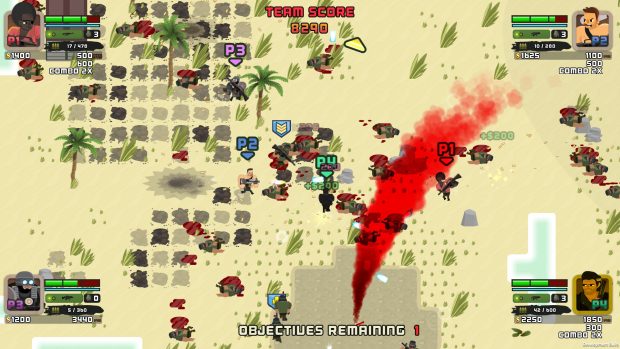