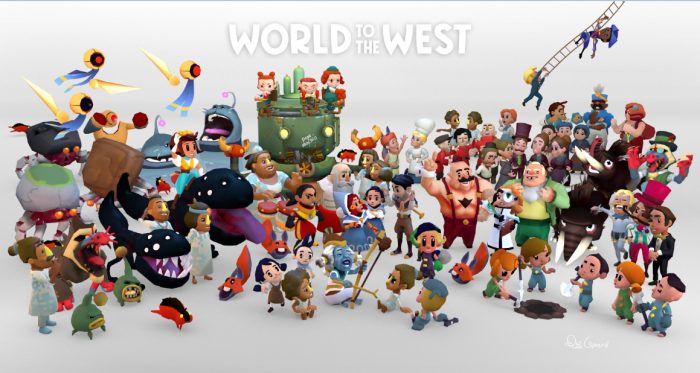 Are you ready to take a team of unwilling adventurers who are thrown together in a quest to basically find their way home? Oh, and maybe find treasures and seek revenge in the process. Want to learn more? Then check out our review of World to the West!

A young Teslamancer, an optimistic underdog, a seasoned explorer and a strongman aristocrat out of his depth find themselves flung into an adventure none of them signed up for. In a land that holds secrets best left forgotten, the four heroes must use their unique abilities to find glory, get revenge, and for some, simply find a way home.

The game is focused around, exploration, action and environmental puzzles, often with many different solutions, depending on the character you play and your ability to think creatively around their abilities. This adventure of fantastical science lets you play as four different and unique characters. The story is that of their tales, and the grand mystery of this lost land that shrouds an ancient danger.

I have to be honest: I didn’t know what I was getting myself into when I booted up the game, and then I realized this was a sequel to Teslagrad set in the same universe but with a change from 2D to 3D. The game instantly reminded me of one of the best games ever, The Legend of Zelda: A Link to the Past, and that can only be a good thing, right?

The game starts with a Teslamancer named Lumina who is exploring some ruins. After an accident, you are teleported away from the ruins to a new area, and the teleporter falls apart. From here the game slowly introduces you to some new characters including Knaus the orphan, who can go through small tunnels and dig under certain ground, Teri, who can control animals, and Lord Clonington, who is massive and can fight against anything as well as destroy any wall in your way.

The game takes a few hours to assemble the team. Once you’re all together, you switch between the different characters as you play to use their unique skills to overcome the game’s challenges. If you see a tunnel change to Knaus and crawl through it. If there are a bunch of dangerous creatures you can turn into Teri, mind control one and attack the other creatures! The game has a lot of freedom as to how you solve things, offering multiple solutions to each predicament.

The catch is that you can only change characters in special totem areas – which also act as save points and teleporters. I think it would be easier to change characters anywhere, but I get why the devs went with thsi option since it means you’ll always save when you change characters, which is always a good thing. Each character has a different feel that makes you enjoy the game from a new perspective. And as you go through the game you will unlock more abilities for each character, keeping things fresh. 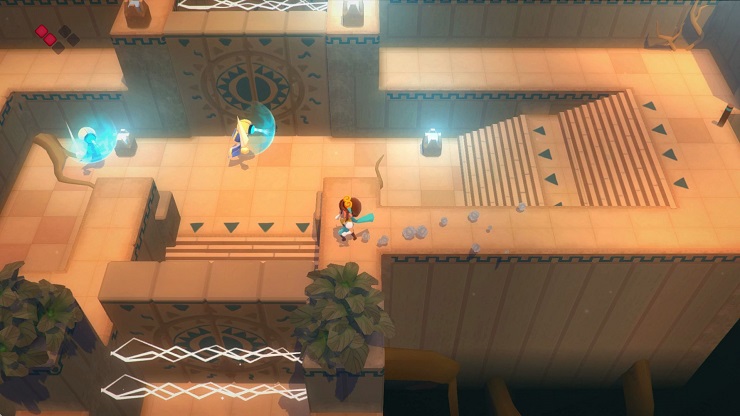 The game tries to keep an art style similar to Telsagrad with its cute character design, and everything looks great in 3D, but I do feel some of the charm is lost when going with full 3D. It’s by no mean a bad art style, but I’m an old-school kinda guy and would have loved to see hand-drawn graphics for this sequel. Something else worth mentioning is the game’s soundtrack which is a lot of fun, with songs that are very upbeat and plucky.

World to the West is a fun take on the overhead 3D adventure genre. Its roots are definitely in the past, paying homage to releases such as The Legend of Zelda: A Link to the Past, with the refinements one expects from a game released in the 21st century. While combat suffers at times, the game tells a unique story that helps drive the game forward while offering a nice variety of puzzles that can be overcome in different ways. Overall, I definitely recommend you give this game a shot.

Disclaimer
This World to the West review is based on a PS4 copy provided by Rain Games.

Pyre Coming To PlayStation 4 In July