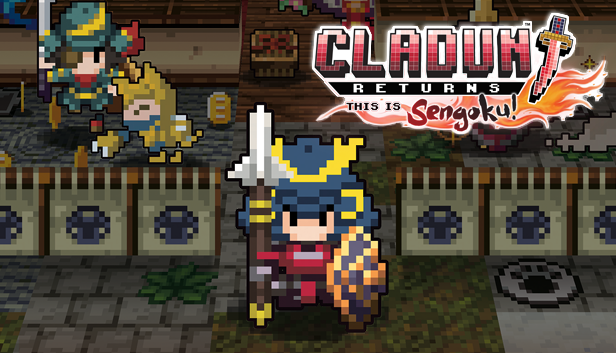 One of the things I instantly liked when I began working on my Cladun Returns: This is Sengoku! revoew is that you can choose the background music for the game. Will you go with the modern instrumentation or select the retro styled soundtrack? This is the first major decision you need to make in the options menu. I personally opted for retro music, and I had a blast. I bring this up because customization for the game is very fun. 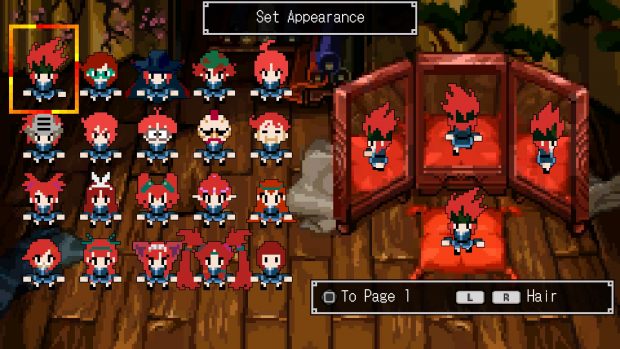 You can choose your own name, pick out a male or female character, choose a class (Vile Priest, Swordman, Samurai, Magician and more), hair color, voice range (from sexy to something more comical)… there’s a lot to choose! You can also customize your companions, give them names, design your party members down to the pixel thanks to the in-game editor. What’s not to like? 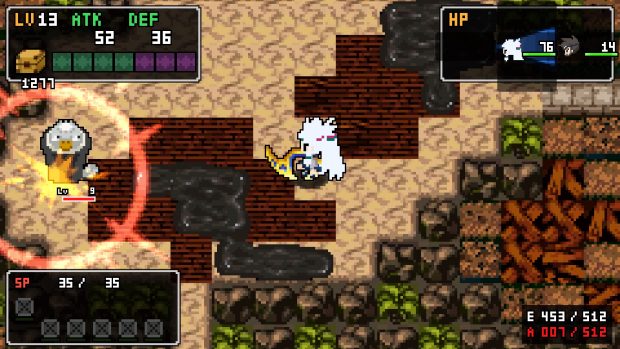 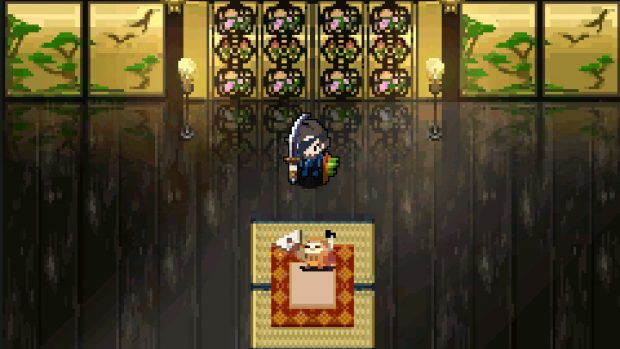 As mentioned before, the story is set in the famous Sengoku era, right after the Feudal Wars had ended and Japan was at peace for the first time in many years. The souls of the Lords are trapped in Arcanus Cella as they await reincarnation. Your mission is to complete their unfinished business so that you can free the lost souls, clearing the dungeons in the game so that you can enlist their help as an ally! You will recognize many of the names in the game, such as Nobunaga and Neomasa, who are part of the game with some historical accuracy thrown into the mix. 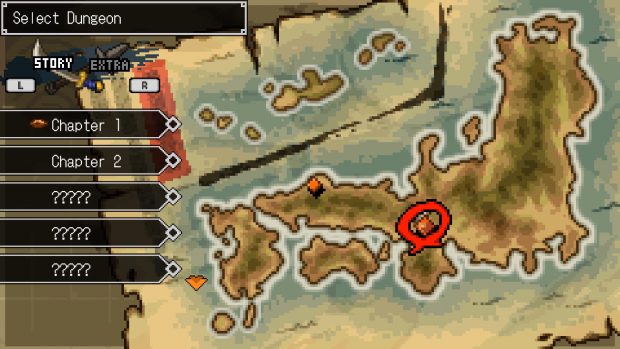 Gameplay revolves around diving into several dungeons per chapter as the story progresses and the variety of locations is spread across the Sengoku era. You will have to find clues for each Lord’s regrets, so that you can understand what needs to be done. Dungeons are replayable after you have beaten them and you can go back to them to try and speedrun it for a faster time. There are also massive 99 floor dungeons to sink your teeth into if you’re up for a challenge! 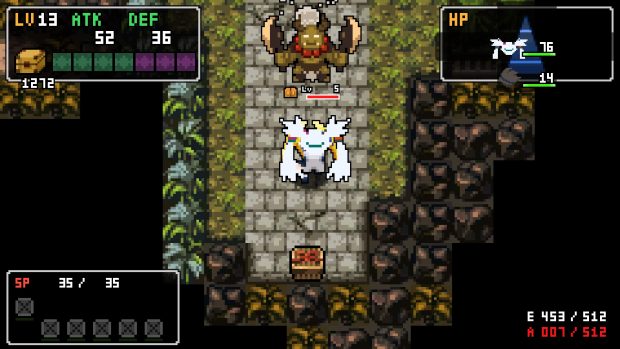 Every now and then you can also take a break from the story dungeons and do quests for the people around Arcanus Cella. Doing these quests opens up new dungeons for you to explore, and clearing them will reward you wtih Fame as well as some bonus items. Some items are rare and are only available from quests and special dungeons, so if you want to get the best gear you’ll need to do a ton of quests! 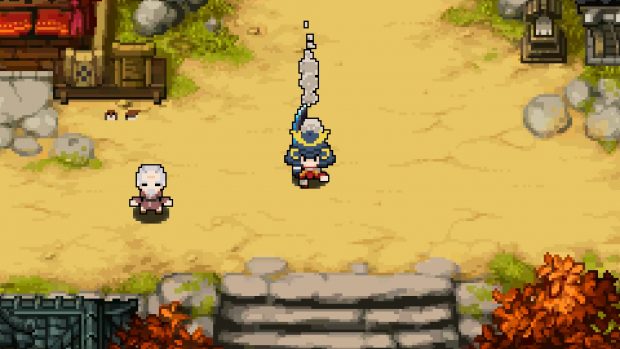 Combat is in real time, and you have access to a nice variety of weapons. You can find a ton in the treasure chests inside of dungeons, but you can also purchase new weapons at shops and even upgrade them with the help of blacksmiths. On top of this, and depending on the class you pick, there are also several spells and magical buffs at your disposal. Just don’t think you’re invincible because if you get cocky and die in a dungeon you’ll lose everything you on you and see your total money reduced by half. 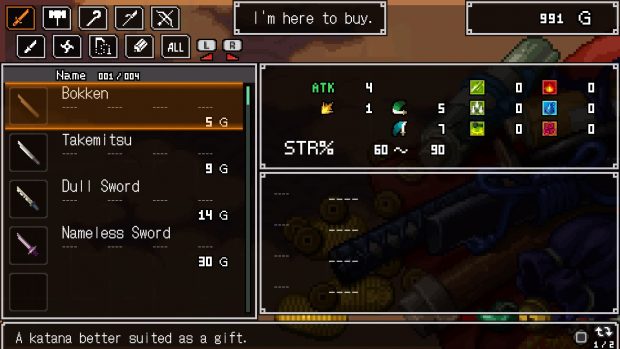 Each dungeon will have a boss for you to face – a very powerful foe you’ll need to study or else it will crush you before you can even blink. For example, you will come across a dragon that breaths deadly fire, which means attacking it from the front is a mistake that will cost you your life and all your items, but if you manage to dodge its fire attack and flank it, you’ll have a couple of seconds to deal some considerable damage to the massive beast. 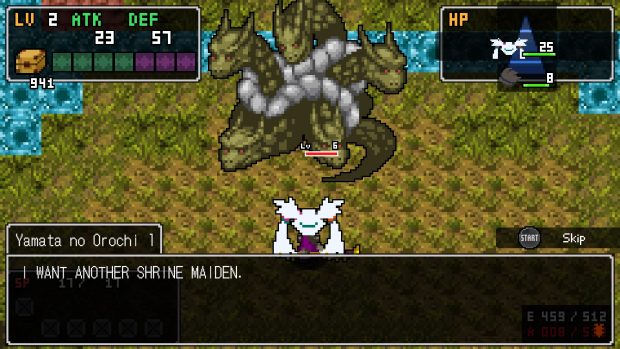 Now aside from the main story dungeons, there are also dungeons known as Ran-geon where the dungeons themselves and the enemies are random every time you enter – other dungeons are set in design, trap layout, enemy types, treasures, etc. These randomized dungeons are much tougher than the normal dungeons, but surviving and beating them will reward you with incredibly rare stuff, so they’re definitely worth your time! There also EX dungeons which are extremely dangerous, but you’ll be able to find the lost souls of a Lord or two, and beating them will allow you to recruit them as allies.

Last but not least are Magic Circles, which work as an enhancement system. In a dungeon your allies act as your shield, protecting you from dying. Should one die, that will leave you wide open to dying in battle, so your allies are important and depending on the enhancement system you have in place, the number of allies you can have and where they can be placed will vary greatly. There are more than 200 magic circles to experiment with, and you can strenghten your allies with items and artifacts to activate abilities that can greatly help you in battle. 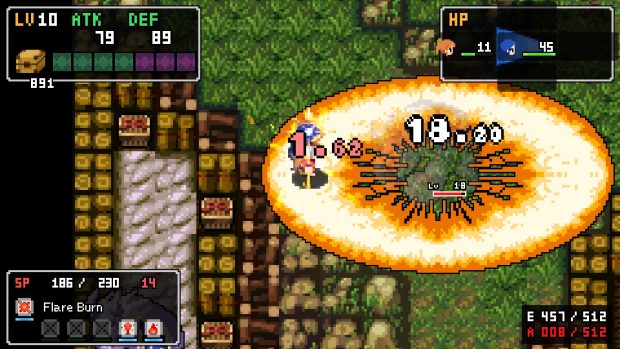 Cladun Returns: This is Sengoku! is a fantastic PS4 release that is a ton of fun. Fans of old-school dungeon crawlers like myself will have a blast with this game, especially thank to its Sengoku setting. The option for using a modern or retro soundtrack, the huge amount of content to experience, the full trophy list with a Platinum, the many Magic Circles to experiment with, and the quests and sidequests you’ll undertake will keep you entertained for dozens of hours.

Disclaimer
This Cladun Returns: This is Sengoku! review is based on a PS4 copy provided by NIS America.

Pyre Coming To PlayStation 4 In July