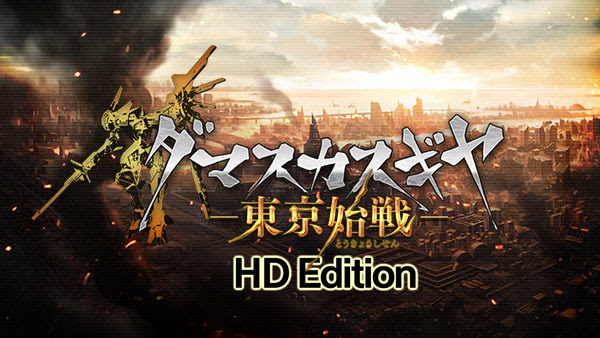 Arc System Works got in touch to mention that they have released Damascus Gear: Operation Tokyo HD on PlayStation 4. This is a new take on a game originally released for the PlayStation Vita, so you can imagine how much things have changed between both versions.

Check out the game’s trailer below as well as some new info on this release!

When World War IV ended with the unexpected betrayal of the mech suit GEAR forces, humanity thought it was doomed. The berserk mechs were dubbed RAGE suits, and the remaining survivors held on to hope, huddled in underground shelters. Having recovered several GEAR suits for their own use, the battle to reclaim the surface from the RAGE forces has begun!

Boasts both HD visuals as well as 60 fps action.

Equip blades, chainsaws, laser cannons, pile bunkers, and many other weapons for your fighting robot of destruction.

Scores of different parts allow you to make your GEAR match your personal fighting style.

Play the mission-based story mode or fight against AI in an arena mode.

Scavenge new parts off of your fallen foes to upgrade your GEAR even further!

Contains all previous DLC, such as the “Old Hero and Broken Gears of Time” content, along with new armor, weapons, and missions.